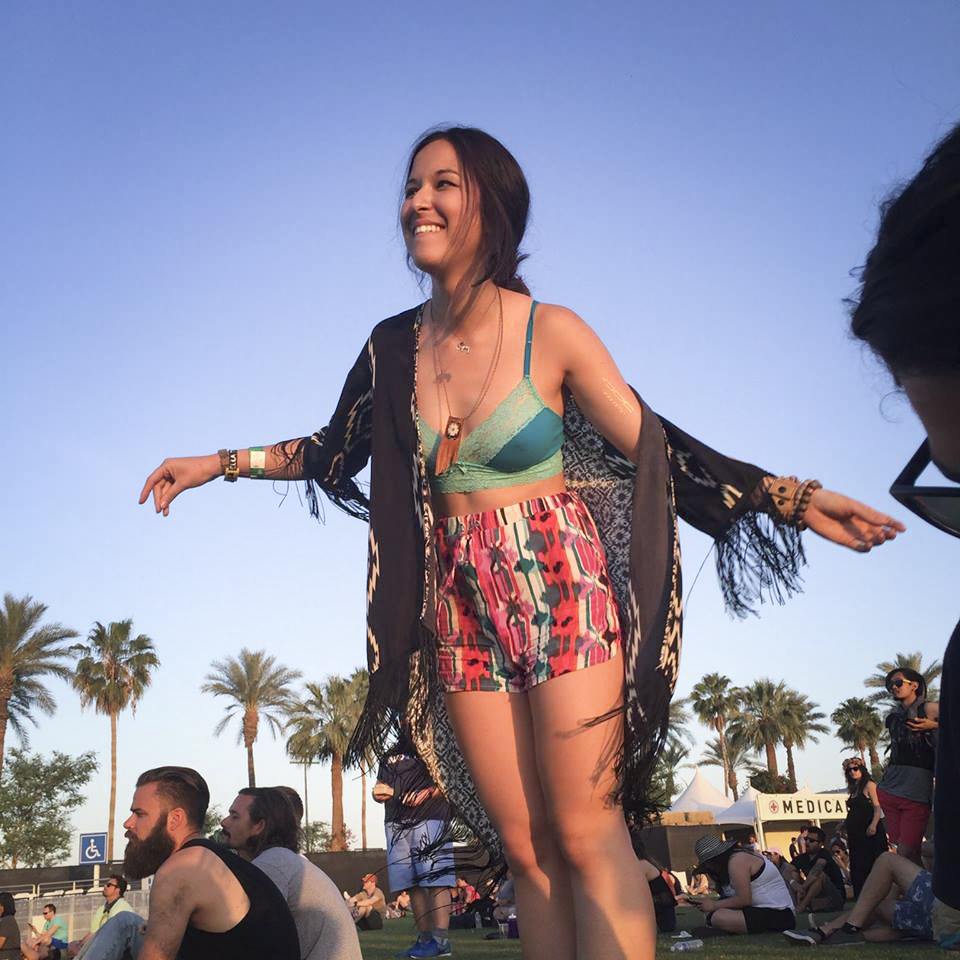 Let me tell you a story about a 19-year-old who came to UC Santa Barbara with a dream of being an anchorwoman. She wanted to take over for Katie Couric one day, she told her friends, who were disappointed that the girl didn’t want to be a female Stephen Colbert instead. She went to the Daily Nexus orientation meeting in the fall of 2011 and she came upon this little section on page 14 of the newspaper called Artsweek.

Unlike the News section – which hustled every day and asked writers to do three to four stories per week – Artsweek was of a relaxed nature and printed once a week. Artsweek met at Caje instead of the Nexus office and Artsweek writers drank free-trade organic coffee while engaging in stimulating conversations such as if pop culture is actually cultured. The girl was intimidated by the Artsweek writers, who were as admirable as they were unapproachable. They worked in downtown oases like Lush cosmetics and wore vintage clothing (possibly found in the free bins on Seville Road) every day.

Although entirely frightened of the new world she had discovered — one that differed from joining a sorority, getting involved in A.S. or all the other usual things freshmen get into — the girl adored it. She took the stories no one else wanted (a review of a boring DVD about a futuristic world, a musical called “Menopause”), and she took them with pride. She raised her hand, asked a lot of questions, texted her comrades too many overly eager smiley faces and lapped up the joy and magic that came with entering the artistic sphere of UC Santa Barbara.

She watched “Almost Famous” and came to the realization that that was to be her life. She would be William Miller, she would write for Rolling Stone magazine, and she would tour with bands all over America. She realized this when she was interviewing I.V. musical legends Rainbow Girls outside of the Food Co-Op, enjoying yeasty droplets of Kombucha and tasting her first gogi berry.

“Audrey,” one of the Rainbow Girls said. “There’s a whole other world at UCSB. When we were freshmen, it was hard at first. I was going home once a month, I couldn’t get into my studies. But then I found Bean Night and this artistic sector. And the second I changed my way of thinking — the second I realized that I could be involved in a different kind of culture in college, all these experiences came to me. I made all these friends, got really into music, my studies. Everything was so much more enjoyable.”

The conversation hit the girl deep in the stomach, which was filled with gogi berries and bubbly from Kombucha. She realized something. It was big.

When you first dip your toes into the university bubble, it gets overwhelming. You’re a nervous, overeager puppy wanting to find your niche. Whether that’s getting really close with your dorm hall or joining club volleyball, everyone has their special place that they discover during their first year.

For me it was the arts — the I.V. scene that hosts live music, rallies around performance poetry and encourages writing as a form of catharsis. It can be found in the South Hall nook that harbors The Catalyst magazine collective or the Friday afternoon Word magazine staff gathering. It exists at the Food Co-Op, in Bean Night at the Faux-Op down at the 68 block and in Coffee Collaborative, under the loving eye of Steve. It breathes throughout CCS, the Old Little Theater, the Red Barn on the way to the Rec Center, the scene of the Burning Bank painted over Caje’s stucco, the Magic Lantern screenings at I.V. Theater and the noontime shows at Storke Plaza put on by A.S. Program Board. It burns a white, holistic fire at the Daily Nexus office when 20 or so Artsweek writers come in on Tuesday to talk about movies, poetry, words, music and the importance of them all.

I think the point that the lady from Rainbow Girls was making — the point that I’m trying to make here — is that people generally come to college as insecure, barely-defined human beings. To cope with the lack of identity, some turn to copious amounts of drinking, others join something and a lot of us do both. There’s a strong feeling of alienation and self-doubt that becomes consuming and makes us crave a community, a place to belong.

A deep sense of meaning can and will be found for you on this campus. I encourage you to open up your mind — literally, peel it open — and rid yourself of judgment and fear. College is a time to explore and discover what makes you tick, the entrails that make you a worthy component of society.

A good place to start? The Daily Nexus. That’s where I found my meaning. It’s where I got the opportunity to meet people who changed the way I looked at the world. It’s what enabled me to hold hands with the great poet/singer Patti Smith, interview the Oscar-nominated “Birdman” Michael Keaton, hug the “Perks of Being a Wallflower” comic relief Ezra Miller, shake hands with the quintessential UCSB alum Jack Johnson, sit beside the deadpan Christopher Walken and edit a section of an award-winning campus newspaper whose main function is to document the art and culture of our time. All this and more from a girl who used to find the Artsweek writers a group of intimidating sophisticates.

I’ve blossomed at the Daily Nexus in more ways that I can count, and it’s making it all the more harder to breakup with Santa Barbara. To move on. To graduate.

But I am going to do it with the same pride I had when I first came to this world-class institution and picked up the stories that no one else wanted. Except now, I’m a bit older, volumes wiser and more defined as a human than any other point in my life.

I love Artsweek, the Daily Nexus and the I.V. artistic sector that I stumbled on so naively. To our readers, I cross my fingers that you too will find your sense of meaning at UCSB. Once you have it, you get to keep it forever, tucked away and safe.

Oh, and I don’t want to be Katie Couric anymore. I’m headed down the “Almost Famous” route.

You forgot to mention that you met Jennifer Lawrence.