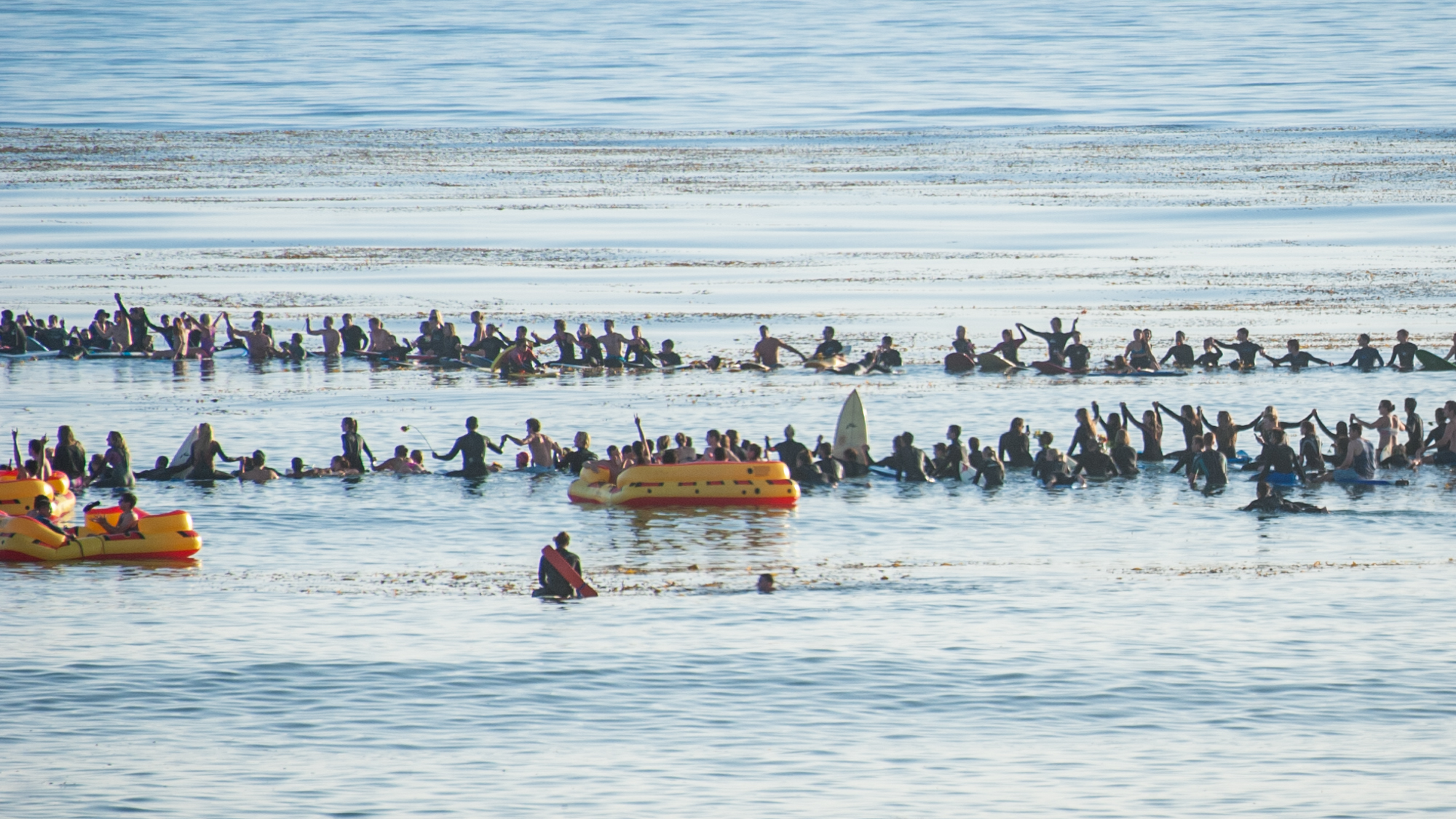 The UCSB Surf Team will host the second annual Isla Vista Memorial Paddle Out on May 27 at 6 p.m. at the beach in front of the UCSB Lagoon and Manzanita Village to honor the lives lost on May 23 last year.

Following the events of May 23 last year, approximately 3,000 students and I.V. community members attended Surf Team’s first annual paddle out. Students and I.V. community members on surfboards formed a circle about 50 yards offshore, while others remained on the beach. This year, UCSB Surf Team plans to host a similar ceremony, with nearly 3,000 identifying as attending on the event’s Facebook page.

Event organizer and second-year communication major Stephanie Schechter said she expects 2,000–5,000 students to attend, with 1,000 paddling out to form the circle.

“The reason we expect this turnout not only reflects on last year’s turnout, but also reflects on that this event is very positive,” Schechter said. “By having a really positive event, it might help people heal in a different way.”

Paddle outs are a century-old Hawaiian tradition to honor the lives of those who have passed away, and they symbolize the belief that spirits continue to live in the ocean, according to Schechter.

“In the modern sense, it’s kind of like closure,” Schechter said. “It’s sort of a way for the community to unite in remembrance for those who have passed — their spirits are moving on.”

Third-year communication and global studies double major Maggie Vlaco said she has attended many paddle outs, but the strength and unity of the participants in Surf Team’s paddle out in May 2014 was unique.

“It was honestly one of the most incredible experiences I have been part of,” Vlaco said in an email. “There were so many different opinions and disagreements from people regarding the shootings and the events that happened, but the paddle out was something that we were all 100 percent unified and together on.”

Third-year communication major Alex Manrique said the event will be open to all community members, including those who prefer to remain on the beach.

“I surf myself, but I get a really inclusive vibe from this event that’s open to anyone with or without a board,” Manrique said in an email. “I know Isla Vista isn’t this utopia it’s made out to be, but it definitely has its moments. This will definitely be one of those moments.”

Manrique, a transfer student who did not attend UCSB last year, said the paddle out is a way to unite all attendees in remembrance and solidarity.

“I’m participating in this paddle out to commemorate those that were lost to last year’s tragedy,” Manrique said in an email. “I feel that anyone who attends, whether they live here or not, is there for the same reason, and that’s to show solidarity.”

Surf Team plans to provide lifeguards and safety personnel and asks attendees to bring boards, floats, kayaks and wetsuits to the paddle out.