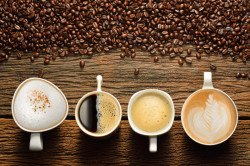 I invite you to question a friend who has recently acquired a coffee habit: chances are they will speak of their consumption with a tone of culpability, admitting a need to cut down as soon as finals are over. This is a commonly held view on the early morning or afternoon, perhaps even an evening pick-me-up for a tolerant few, despite across the board research studies which link coffee to more health benefits than almost any other beverage we’re drinking.

Aaron Carroll, professor of pediatrics at Indiana University School of Medicine, attempts to lay rest to the notion of coffee as a vice in a recent NY Times article, citing a range of studies that show how coffee decreases risk of certain diseases and, in some cases, may even provide protection from them. Carroll writes, “Coffee has long had a reputation as being unhealthy. But in almost every single respect that reputation is backward.”

So first, why is the consensus on coffee so distributed in the face of otherwise overwhelming evidence in favor of the beverage? One, there are many confounding variables in epidemiological studies that make correlation or patterns. For example, participants in studies looking at coffee consumption may have smoking and drinking habits that are not accounted for when evaluating risk factors. Secondly, published studies that receive the most publicity usually report on outliers — including a few that have implicated coffee or caffeine with hypertension, heart disease and some forms of cancer. However, as Carroll notes, when studies are viewed collectively, the negative effects of coffee usually fall by the wayside.

“Many believe that coffee might be associated with an increased risk of cancer,” Carroll writes. “Certainly, individual studies have found that to be the case, and these are sometimes highlighted by the news media. But in the aggregate, most of these negative outcomes disappear.”

In a 2012 meta-analysis — a systemic and statistical method of combining results from multiple studies — looked at the risks of drinking coffee on heart disease. In this study, habitual consumption was associated with a lowered risk, with the lowest risk found for those who had at least four cups a day. In another analysis of eleven studies which related coffee consumption to stroke incidence, those who consumed two to six cups a day had a lowered risk when compared to those who had none.

In the area of cancer, the upshot is similar. A meta-analysis published in 2007 related two cups of coffee a day to a 40 percent less incidence of liver cancer. In the higher-quality studies of another meta-analysis involving prostate and breast cancer, no negative association to coffee consumption was found. Furthermore, in a study looking at all cancers, a lower general incidence of malignancy was associated with drinking coffee, with more protection seen in the more you drank. This pattern was similar in a recent systemic review of type II diabetes, compiling 26 studies and over 1.1 million participants, with up to a one-third reduction in type II diabetes in those who drank six to seven cups a day.

It doesn’t end there either. The most recent meta-analyses of neurological diseases found an association between drinking coffee and a lower risk of Parkinson’s disease, age-related cognitive decline and even protection from Alzheimer’s.

There is a catch, however, so don’t go running for that venti vanilla mocha latte every day. “Of course, everything I’m saying here concerns coffee — black coffee,” Carroll writes. “I am not talking about the mostly milk-and-sugar coffee-based beverages that a lot of people consume.”

What about tea? Dr. Rob van Dam, assistant professor in the Dept. of Nutrition at the Harvard School of Public Health, summarizes his knowledge about the benefits of caffeine in an article on the department’s webpage. “Research on tea in the U.S. has not shown the type of beneficial effect we see for coffee,” van Dam said. “Probably because people in the U.S. tend to drink tea that is weaker in strength and tend to drink less of it.”

So let out the word, indulge and tell your friend to not kick the habit anytime soon. “It’s a completely reasonable addition to a healthy diet,” Carroll writes. “It’s time we start treating it as such.”