The Daily Nexus
News
Stakeholders Discuss Representation
May 20, 2015 at 8:48 am by Noah Brennan-Greenbaum 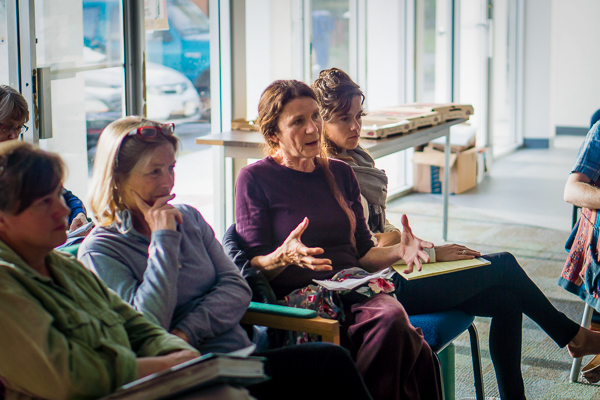 Attendees discussed the progress of Williams’s Assembly Bill 3 (AB 3), which calls for the creation of a Community Services District (CSD) in I.V. On Wednesday of last week, the California State Assembly Committee on Local Government voted 6-1 to re-refer AB 3 to the Joint Committee on Fairs, Allocation and Classification, the first in a long series of steps towards the bill’s passage through the state legislature.

Community organizer with Williams’ office Darcel Elliott said AB 3 will now go to the Assembly Appropriations Committee to request the State cover the cost of a county-level election to approve of the potential CSD.

“Since the state is requiring the county put it on the ballot, that’s a state mandate so now it has to go to appropriations and we have to figure out if the state is going to reimburse the county for the cost of the elections,” Elliott said.

Elliott said UCSB is currently included within the boundaries of the proposed CSD, though the university’s involvement in the CSD remains unclear. UCSB administration as well as the UC Office of the President (UCOP) have expressed concern about participating in the CSD, according to Elliott.

“The university has concerns about being in the district and it’s been picked up by UCOP,” Elliott said. “They had a meeting in Sacramento with Das where they said they were concerned about being in the district. We’re trying to set up a meeting with the chancellor and some of his team with Das to kind of negotiate that and get what their concerns are and potential solutions.”

I.V. Recreation & Park District board member Jacob Lebell said he is in favor of both university and county representation on the CSD board. Presently, AB 3 calls for a seven member board — five of whom are to be elected with two standing positions, one for UCSB and one for Santa Barbara County.

“A lot of what we would be doing would involve the university and the county and bringing them into the process for it would greatly increase the ease of collaboration and help us to navigate both institutions as well,” Lebell said.

Lebell said he would prefer the university representative be elected by the Academic Senate which has multiple people, rather than by the Chancellor alone, as the bill language currently states.

“I just like the idea of having the appointed person maybe be appointed by the Academic Senate,” Lebell said. “I feel like I would trust that person to be look from the university’s perspective, but whose loyalty would be to I.V. and not looking to simply represent the chancellor’s office. It would make it more of a democratic process to elect that position, having a body instead of one person able to appoint.”

In discussions regarding the extent to which the university and county standing positions should participate in decision making, UCSB Counseling and Psychological Services (CAPS) psychologist Jeremy Roark said the standing positions could serve as board members who advise but do not vote.

“I wonder if it’s possible to outline the appointed positions in a way in which perhaps they are voting for some things but not all things,” Roark said. “Maybe there are certain things we are okay with them voting on but others we are not.”

Longtime I.V. resident Pegeen Soutar said her main focus is to ensure the two appointed board members are well-informed about I.V., regardless of whether they vote or not.

“I’m not attached to them having voting powers, but what I did like about having those two seats is that I looked at those as two seats that would serve out all four years,” Soutar said. “So for me I thought, especially if they’re going to be staggered, there will always be someone who knows the conversations that have happened in the past four years.”

Second-year history of public policy major Ashcon Minoiefar said he agrees with Soutar that the university and county-appointed board members should be knowledgeable about I.V.’s history in order to contribute to informed discussions before decisions are made.