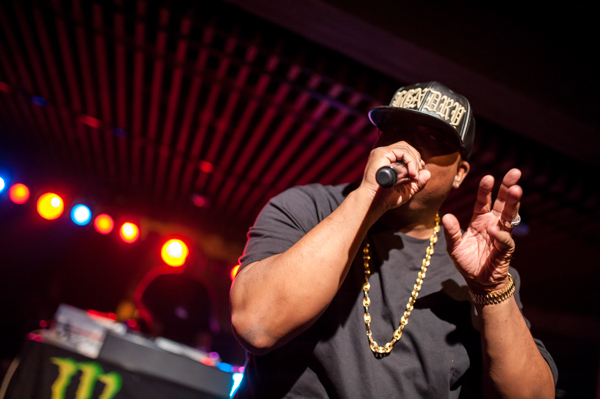 Come this upcoming Fall Quarter of 2015, UCSB’s College of Letter and Sciences will introduce a new comparative literature course that will focus on the social and scientific implication of the language and jargon of the San Francisco Bay Area, California. The course will be taught by none other than Bay Area’s own and internationally celebrated professor, Earl Stevens. Professor Stevens, however, prefers his future pupils to call him by his stage name, E-40, short for extra 40 pounds.

Professor Stevens, or E-40, on his own leisurely time, is also a bona fide rapper-musician whose musical achievements are downloaded and listened to across the country. For UCSB to get E-40 to teach and share his knowledge to masses of students is a tremendous coup. The online UCSB registration system, GOLD, will definitely suffer the repercussions of the copious amount of sign-ups this summer due to the guaranteed exceptionally long waitlist. So, Gauchos, pray to the Bay Area god that your pass time is early enough to obtain a coveted spot.

Just kidding. E-40 is not going to be teaching a course on his infamous slang vocabulary, but he did perform at The Hub on Thursday, May 7 to a sold-out concert. The concert was a hot ticket event two weeks before it even occurred. Tickets sold out in one day. In fact, the very last ticket was sold at 2 p.m. on April 22 (I was in line and it sold out right in front of eyes). But for those who were lucky enough to get their hands on the heavily prized ticket via the box office or the third party individuals (a.k.a. vile human beings selling an OG $14.75 ticket for prices at $40+ on the Free & For Sale page), were in for one hell of night, or I should say, “hella” night.

Before I get into reviewing the concert, I want to get into some history. Yes, this review has become a first-person narrative because it is too personal not to be. I can still recall in the fifth grade at the Norwood Creek Elementary in San Jose, California (still considered the Bay) when I would blast E-40 on my royal blue iPod Nano with all my friends during recess and after-school studies. We would imagine the day when we’d have our own cars, not to drive, but to put the gear on neutral, open all the doors, blast E-40 on the speakers, get out of the car and dance around it as it moves. This is also known as ghost riding the whip — introduced in 40’s old-school record, Tell Me When To Go.” The Vallejo native has shaped my young adolescence from elementary, middle and high school years through his classic hits like “You And That Booty” and “My Shit Bang” at every school dance. To be able to see the Bay Area god perform live has been a lifelong goal of mine, and thanks to A.S. Program Board, I have now crossed it off my bucket list.

The night started out full of excitement and a little bit of pregame drunkenness, just like any potential great night should. The line to enter The Hub grew longer and longer as 8:30 p.m. came closer. Slowly and surely, after people passed through body-checks and ticket-scans, the concert was finally upon us. Unfortunately, the wait time to see the rapper (two hours) felt like forever because unknown, irrelevant hip-hop groups and trap singers were opening and hyping up the show. After being pushed around in the claustrophobic madness of eager E-40 fans for what seemed like an eternity, I was able to position myself in the front row.

The final, long-awaited act of the night had arrived. Dressed in a casual, yet obviously expensive, black T-shirt, black denim, a thick gold chain necklace and black matte Balenciaga Arena high-top sneakers, E-40 burst through the stage with hit after hit, along with his hype-man, Bigomeezy. The crowd went wild and grew louder as old school records were performed. Every lyric was memorized and yelled across the stage every time the hip-hop artist shoved his microphone into the audience. Giant radio songs, such as those mentioned above, and album standouts such as “Yay Area,” “White Gurl” and “Choices (Yup)” were all favored and appreciated by zealous Gauchos.

“Put up for your five!” E-40 shouted while gesturing his entire hand to the sky as he introduced his remix of the classic “I Got 5 On It.”

After an impressive list of old-school hits, the R&B crooner ended his set with his most recent chart-topper with Big Sean, “I Don’t Fuck With You.” The entire room completely lit up when the initial, recognizable beat dropped. The song has become undoubtedly one of the top “turn-up” songs thus far of 2015. So, when the lyrical genius decided to perform the song as his final dessert after an array of finger appetizers and delicious entrees, the concert became one of the most amazing and memorable events at UCSB in a really long time.

Though E-40 has been off the radar for a period of time, his reemergence in Big Sean’s number-one hit and appearance at UCSB is an indication that time and age are not limitations for the 47-year-old. There are high hopes that modern fifth-graders will soon be blessed with new music from the Bay Area rapper. E-40 is the godfather of modern hip-hop because he introduced the vast vocabulary of R&B slang terms that has been mentioned in every hip-hop record. But most importantly, I would not be the person I am today if I had never “popped my collar,” “got hyphy” and “flamboasted.”