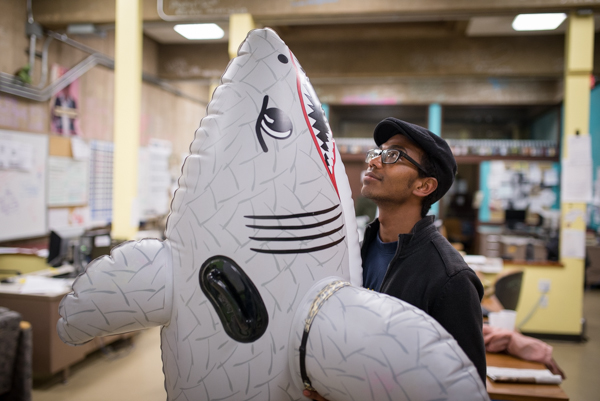 Over the past couple days, fourth-year music major Azeem Ward has gone from graduating senior to Facebook and Buzzfeed celebrity as a result of the enormous following his senior flute recital has gathered.

His Facebook event page, “Azeem’s Senior Flute Recital,” has over 41,000 people listed as “going,” and that number is continually on the rise. Following this incredible and almost instantaneous explosion in popularity, an article posted by Buzzfeed helped to rocket Azeem to the forefront of, strangely enough, British media.

Azeem said this whole ordeal started when he made his Facebook event public instead of private.

“I guess when you make public events, they go viral now or something. If you read the description it just says ‘please come out and support,’” Azeem said. “I invited like 600 friends, but in the beginning, it was just like 70 people going, and at the end of the day, it was 120 people going and this guy from England, the UK — Damon Poole — was one of the first people to repost and then repost again.”

Azeem said he doesn’t know Poole and has not been able to reach him either. According to Azeem, the event page “took off” following Poole’s repost.

“I don’t know him and, at that point, random people started commenting ‘Yea Azeem!’ ‘You’re gonna kill it!’ ‘It’s gonna go off,’” Azeem said. “And then I started seeing the memes, you know, like me on the moon with girls and stuff.”

All this popularity, though, came from out of the blue, Azeem said.

Azeem said, despite the newfound internet fame that he has found, the recital is really about the music for him.

“I’m just here trying to do my thing, you know, play the flute,” Azeem said. “It’s a standard flute recital, you know? I’m not gonna do anything crazy.” 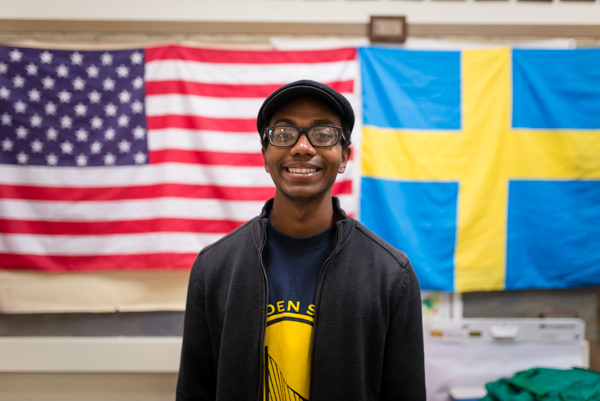 With all the buzz following him, Azeem said he has gotten offers from papers and radio stations all over the UK to talk about the experience, and even received an offer to perform another recital at Bristol, which he said he is dubious about accepting.

“People from the UK newspapers wanna interview me and stuff, and a guy at Bristol, the event manager there, wants me to come and do a recital,” Azeem said. “I wanna see how people react to it first, ’cause I’m not sure they understand what I’m about to do.”

As a result of this unpredicted popularity, Azeem said he is concerned that his friends and family won’t even find seats at the recital.

“I’m gonna have to reserve the front row for my friends, family and roommates, ’cause I gotta have those people there, you know? Those people mean a lot to me,” Azeem said.

Fourth-year CCS music major Robert Johnson, who will be performing with Azeem at the recital, said people are traveling from across the globe to see Azeem’s recital.

“Someone is actually flying in from Britain,” Johnson said. “My friend is picking him up at the airport in the morning.”

Johnson also said he is trying to change the location of the concert to a bigger venue to accommodate more people.

Despite his Facebook popularity, Azeem said he is uncertain as to what his future in the music business will bring.

“They haven’t even really heard me yet, you know what I mean? If people are still interested in me going over to the UK and actually want me to go and do the recital for whatever reason, then I’ll do that — I’d be down,” Azeem said.

Azeem said he is currently working on composing music for film in addition to preparing for the suddenly-big recital this Sunday.

“I’m working on a composition for a silent film by Alex Payne that’s gonna premier at the Reel Loud Film Festival next week,” Azeem said.

According to Azeem, even though he appreciates the newfound fame, he doesn’t quite understand it.

“My page is getting more likes than the guy who won the biggest flute competition in the world, and people are like, ‘Why?’” Azeem said.

This whole phenomena is fascinating to me.
“It’s gonna go off!’ lol.

I am flying in from Tehran to see Azeem’s flute recital.