The Daily Nexus
News
AB-3 Passes Assembly Governance Committee
May 14, 2015 at 4:59 am by Staff Report 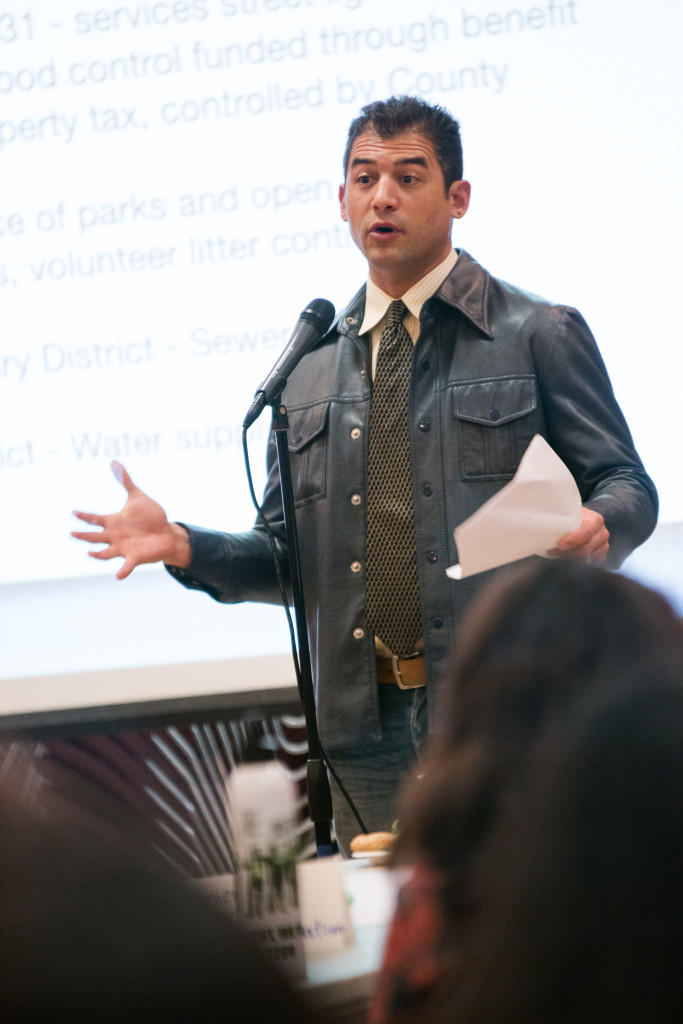 The bill establishes Isla Vista self-governance through a Community Services District (CSD) funded by a Utility Users Tax (UUT), if approved by voters within the district’s proposed boundaries. Williams wrote AB 3 as an alternative to establishing a CSD through the Santa Barbara County Local Agency Formation Commission (LAFCO) in order to address the need for improved infrastructure and services in the I.V. community. Santa Barbara City College (SBCC) trustee and UCSB alumnus Jonathan Abboud organized a group of UCSB students and I.V. residents to speak in favor of the bill during public comment.

Assemblymember Williams said the bill is going straight to the committee because previous attempts to establish I.V. self-governance over the last 45 years have been stifled by LAFCO.

“When a local LAFCO cannot take care of a very important, complicated but ever-present problem for 45 years, do we have the authority to take that back and act ourselves?” Williams said. “I think we do.”

Williams said the bill has been thoroughly evaluated by the community since first being introduced to the Assembly in December.

“While the CSD is not going through the traditional LAFCO process, this bill has undergone extensive community outreach, including 42 public meetings and four public town halls,” Williams said. “It truly reflects the majority opinion from the community.”

According to Williams, the current conditions in I.V. are at a “breaking point” and require improved services such as additional police, a parking district and a tenant mediation program.

“Critical infrastructure and services are not being provided and the safety and wellbeing of I.V.’s residents are not being adequately protected,” Williams said.

“We have consistently had a lack of opportunity to prove ourselves,” Schunk said. “We are consistently at the behest of media sources and every time something happens in Isla Vista, we are painted colors that we have no choice or say in.”

Chair of the Local Governance Committee Assemblymember and UCSB alumnus Brian Maienschein said, while he chose to abstain from voting on the motion because of his connection to USCB, he plans to continue working with Williams on AB 3.

“Isla Vista is unique,” Maienschein said. “I have been persuaded by the testimony today and just kind of my life experience there, so I won’t quite get to ‘yes,’ but I want to keep working with you and your office on this.”

Maienschein said that AB 3 resonates with him on a personal level because of his experience living in Isla Vista for three years.

“I think Isla Vista sits in a unique position,” Maienschein said, “because of all the issues that have traditionally been there back since my time up through the current time. In fact, the latest incident was in literally one of the exact blocks I lived on. So this hits close to home for me.”

Thirty-three year I.V. resident and homeowner Pegeen Souter said she opposes the bill and favors the LAFCO process because she feels AB 3 does not clarify funding and the role of UC Santa Barbara in a CSD.

“It takes time and information to craft a solid and lasting form of government,” Souter said. “If this bill is to move forward, then it should go through the LAFCO process.”

Santa Barbara LAFCO Executive Officer Paul L. Hood said the commission is taking an “oppose unless amended position” on AB 3, and the commission should be included in the formation process to ensure a financially feasible CSD.

“We strongly believe the Santa Barbara LAFCO should be involved in the formation process,” Hood said. “We also believe that the LAFCO process would afford a feasibility study to be prepared, which would determine the viability, the sustainability of revenues that would be available to the new CSD.”

California Association of Local Agency Formation Commissions (CALAFCO) Executive Director Pamela Miller said the commission does not oppose the CSD itself, but believes LAFCO should be included in its establishment.

“CALAFCO is not arguing whether or not a CSD is the appropriate mechanism, our concerns lie in the bypassing of the LAFCO process,” Miller said.

Miller said, while there are certain components in AB 3 that LAFCO cannot grant, excluding the commission may lead to greater risks.

“It is true, as the assemblyman said that LAFCO cannot approve the proposed governance structure or the proposed services to be provided,” Miller said. “But bypassing the comprehensive analysis is very dangerous … all of our concerns would be addressed if a comprehensive review by the LAFCO were done.”

Office of the External Vice President of Local Affairs board member and second-year communications and film and media studies double major Arielle Kronovet said one the biggest issues facing I.V. is inadequate parking.

“I’m lucky I have parkway so I don’t have to deal with parking,” Kronovet said. “But last year I was searching sometimes for hours trying to find parking, and I couldn’t afford parking on campus.”

According to Kronovet, students need the government to protect students from property management companies that abuse their power and take advantage of students.

“What I wanted to convey to the legislature was the uniqueness of Isla Vista, and the fact that we had demanded a unique solution, requiring some elements that [neither] LAFCO nor the board of supervisors could grant,” Farr said. “Only the legislature could.”

“I can understand [LAFCO] having concerns, but they did not express more concern and care for the future of the community,” Farr said. “You can have questions and you can have concerns, but also, show us that you really do want to be helpful. I have to say I haven’t gotten that sense at the meetings.”

According to Farr, Isla Vista does not have a high source of income from sales or property taxes.

“[I.V.] doesn’t have a lot of commercial development or other kinds of sales tax or transient occupancy tax generators, hotels and such and the community,” Farr said.

“Properties in the community don’t change hands very often, so the property tax that has been being paid is probably much lower than if the property was sold and then reassessed.”

Off-campus senator-elect and second-year political science major Louis Mariano said he appreciates Farr’s supporting AB 3 regardless of her position in the county.

“She’s always been there for Isla Vista and been working hard for the county to focus on it,” Mariano said. “She’s in a tight squeeze, but I am very grateful she was for the bill, because she knows Isla Vista needs help.”

“It shows Isla Vista has faced the same issues over and over without a way to correct them permanently,” Abboud said. “The root of the issue has been no local control and no local self-determination. I think him being moved by his own personal experiences is indicative of why we need to pass this bill.”

According to Abboud, students have shown they can efficiently hold leadership positions regardless of how long they live and stay in I.V.

A version of this story appeared on page 7 of the Thursday, May 14, 2015 print edition of the Daily Nexus.

[Correction: A previous version of this article was titled “Contested Bill Addresses Isla Vista Self-Governance”. The title was altered to its current title for clarity.]

Re-refer…LOL I win…sent, /10/2015 Assembly Local Government Committee 1020 N Street, Room 157 Sacramento, California 95814 Dear Chairperson and Assembly members, I am writing today to ask you oppose Assembly Bill 3 authored by Assembly member Das Williams, without prejudice on the understanding he will bring forth legislation instead for City government in the Isla Vista and UCSB community. The time has come for UCSB to grow up and accept responsibility for its protégé Isla Vista. I am the former Director of the Isla Vista Recreation and Park District [IVRPD], the former Chairman of the Isla Vista Community Council/Isla Vista… Read more »