The Daily Nexus
Sports Blogs
Warriors Take Control Back After Game 4 Win
May 12, 2015 at 5:02 am by Edward Moss 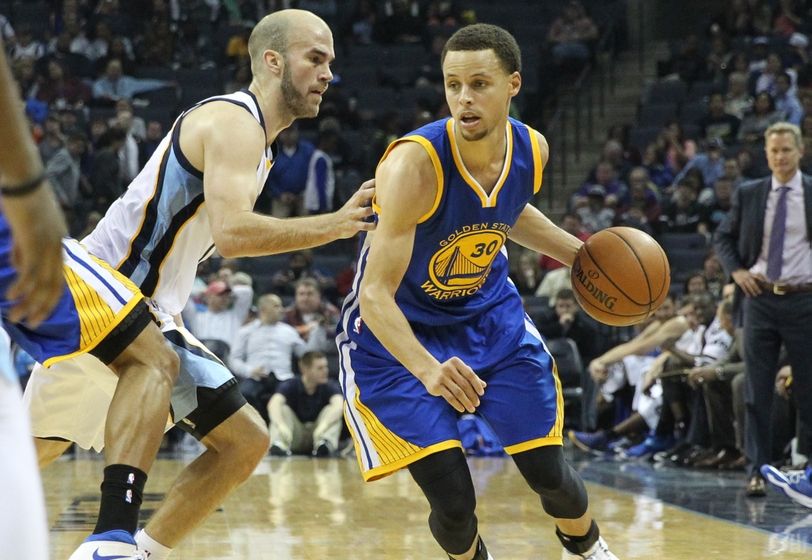 The Golden State Warriors steamrolled the Memphis Grizzlies in Game 4 of the Western Conference Semifinals last night 101-84. Steph Curry had 33 points as the series moves back to California on Wednesday night with all of the momentum back in Golden State’s favor.

The Warriors are poised to take the series by a chokehold on Wednesday night after last night’s monstrous performance. Curry had 21 points at halftime with his team holding on to a commanding 61-44 lead and they never looked back, as the Grizzlies were not able to surmount any kind of comeback in the second half.

After putrid shooting the last two games, the Warriors finally looked like the team that won 67 games this regular season for the best record in the NBA. Golden State averaged 89.5 points in Draymond Green was a force with 16 points and 10 rebounds, Klay Thompson scored 15, Harrison Barnes added 12, and Andre Iguodala chipped in with 11.

After Memphis’ Mike Conley took over in game two with 22 points, backed up with another strong performance in game three with 11 points, the Warriors were about to shut him down in game four and kept him to only 10 points. Marc Gasol had a solid game for the Grizzlies with 19 points and 10 rebounds, but overall it was a very disappointing night for Memphis.

The Warriors now go home with home court advantage back in their hands. Oracle Arena is going to be bumping on Wednesday night and the Warriors have gotten past the adversity of losing two games in a row. It’s time for Golden State to push forward and show that they are a NBA-championship worthy team.

Expect Curry to continue playing the way he did last night. He was all over the court, dribbling past defenders for layups, teardrop shots, getting the ball to his teammates for open looks and making space for give and goes to shoot three-pointers. It was a performance that Warriors fans have become accustomed to from Curry and one that the newly named NBA MVP needed to bring to the court last night. Curry shot four for nine on three pointers after only making four total in games two and three, and 11 for 22 overall. He added five assists and eight rebounds as well in the effort.

The Warriors have control of the series again after people doubted if they had any chance after going down 2-1. Last night’s win avoided a 3-1 series deficit for Golden State, and now Golden State looks poised to take the series.

Memphis will put in more of a solid effort than last night’s game on Wednesday. Conley, Zach Randolph, and the rest of the Grizzlies will be thinking about ways to get back to their form in games two and three, with their strength in those games being their defense, especially against the three-pointer.

Golden State showed its true self last night and its performance will continue in games five and six as the Warriors take the series and move on to the Western Conference Finals for the first time since winning their only NBA Championship in 1975.