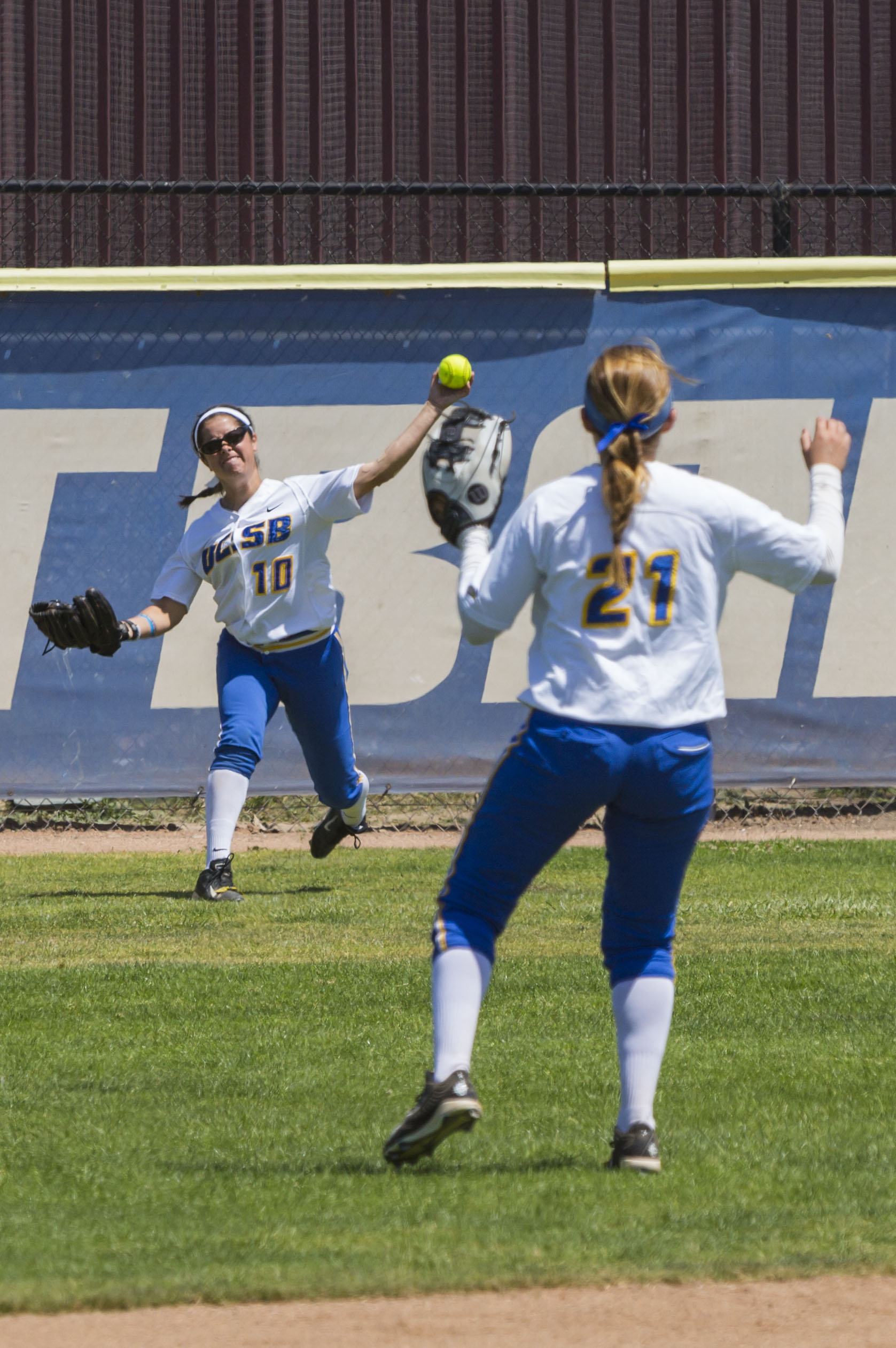 The UCSB softball team was swept this weekend as it dropped three consecutive games to Long Beach State. The Gauchos lost back-to-back games on Friday, falling 8-2 and 10-2, before losing Saturday’s season finale by a score of 5-4.

“I didn’t really know how to take playing in my final series,” senior utility player Shelby Wisdom said. “I guess I was excited and sad at the same time.”

Wisdom wrapped up a brilliant final season in her record-breaking Gaucho career on Saturday. UCSB was able to jump out to an early lead in the top of the fourth as Wisdom blasted a three- RBI home run to left field.

With her 10th home run of the season, Wisdom became just the fourth Gaucho to ever record double-digit home runs in a single season. The home run was also Wisdom’s 30th of her career, which ties her for second place all-time in program history with Tiffany Wright.

Freshman Lena Mayer was handed her eighth loss of the season after giving up four earned runs in 4.2 innings. Sophomore Christina Clermont picked up her 20th win of the season for Long Beach, giving up only six hits though seven innings.

In Friday’s late game, the Gauchos took an early 2-0 lead following an RBI single from junior catcher MeShalon Moore and an RBI double from Wisdom. This would be the one and only time the team would score, as the rest of the game went entirely in favor of Long Beach State.

Long Beach State combined for 18 hits in this one, and the team put up at least one run in every inning except for the fifth. Junior Ashley Ludlow was handed her 20th loss of the season for the Gauchos after giving up six earned runs in 2.1 innings. Long Beach senior Amanda Hansen picked up just her fifth win of the season allowing two runs over six innings.

In Saturday’s opener, Long Beach state would open up a 7-0 lead through the first four innings of play. This left little hope for a Gaucho comeback, but Moore would hit a two-run home run in the top of the sixth to force the game to go to a seventh inning.

There would be no seventh inning rally for UCSB though, as the Gauchos would go down in order. Ludlow picked up the loss for the Gauchos after allowing three earned runs in two innings. Clermont received the win after allowing just two runs on four hits through seven innings.

Clark and Moore were selected to the first team, while Hinojosa and Palomares earned second team accolades. Clark finished the season with a team leading 69 hits and a .356 batting average. Moore hit .345 this season and drove in a team-leading 42 RBI.