The Daily Nexus
Sign of the Times
Why Private Ballots Are Bullshit
May 7, 2015 at 5:00 am by Peter Mounteer 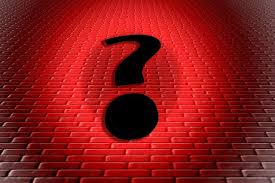 Forgive me for maybe not being able to just let it go, but the Senate’s divestment decision by secret ballot was bullshit and the Associated Students (A.S.) Legal Code should be amended to prohibit secret ballots from being conducted by our student senate.

Under no portion of the A.S. Legal Code are senators allowed to vote by secret ballot. Conversely, there’s nothing in the code that says they cannot vote by secret ballot either. The fact that they can initiate a secret ballot at their discretion demonstrates that we have a student senate that appears to just be able to make up procedure whenever they feel like it for whatever reason. Or perhaps no reason at all. The Code’s vagueness on this issue is disturbing and reflects a lack of solid legislative thinking from the Senate and the student body on the transparency and accountability (favorite buzzwords of many an A.S. candidate) of the organization that is supposed to be our strongest advocates. Perhaps the Code’s vagueness works to the Senate’s advantage; if there is no solid language in the Code governing the use of secret ballots, the Senate has more discretion on when to use them and less accountability on the appropriateness of any decision to do so.

The fact that they can initiate a secret ballot at their discretion demonstrates that we have a student senate that appears to just be able to make up procedure whenever they feel like it for whatever reason. Or perhaps no reason at all.

On the idea that secret ballots on controversial issues protect student senators from harm. This is one of more common reasons I’ve heard for secret ballot use in student governments. What I have not heard is any concrete evidence that Senators have actually been physically or verbally harmed by their positions on issues stirring significant passions on campus. It goes without saying that no government official should be harmed or threatened for voting one way or another on a given issue, such violence and threats of such violence are reprehensible, childish and disgusting. However, the solution to keeping our government officials both accountable and safe is not to hide their decisions from the public that elects and pays for them to be there. A better solution would be to encourage anyone attending meetings of our Senate to take their votes civilly no matter what. Any persons found to make such threats should be prosecuted appropriately by either the Judicial Council or the university police department, whose primary responsibilities are to ensure laws are followed and students are safe.

The premise that secret ballots protect senators from physical harm also assumes the senators are automatically physically threatened by discussing certain issues attracting controversy, which to me sounds completely illogical. Furthermore, the use of secret ballot to protect student legislators from harm, ostensibly by specific groups on campus who are deeply invested in the issues Senate discusses, is flat out insulting to those groups. Though they may not agree on the status of UC’s investments in certain companies doing business with Israel, both sides of the divestment debate should be insulted by this assumption because it paints the people who care about this and other issues as violent and irrational, without any evidence suggesting so.

The use of secret ballots is also utterly contradictory to the democratic representative principles upon which the Senate ostensibly operates and the democratic foundations upon which our country was founded. Congress, the legislatures of the states, most organs of the judiciary, county and municipal governments in the United States make the votes of their members public and rightfully so; our elected representatives in a democratic government should be held completely accountable for every legislative decision they make. We as inhabitants of this country also pay taxes for the government to function in much the same manner that we students pay fees for the Association to operate. Why should the same not be true for our student government?

I’m told by secret ballot supporters and at least one Senator that, “Well, the A.S. Senate is not a real government.” To which I ask, how do you define a real government and where are the lines drawn? A.S. certainly looks like one to me. The A.S. System has a judiciary, executive and legislative branch, each governed by the Legal Code. Together these organs employ hundreds of students and control millions of dollars. The Association has roughly a $10 million dollar budget composed primarily of student fees but also revenues generated from its various enterprises, as most governments of the United States also have. Our Senators and executive board members are also elected in a free and open election process pursuant to campaign regulations, can be subjected to recall and have veto and veto override powers. Where exactly do the differences begin, again?

Finally, there’s the obvious issue of senator accountability. Senators are elected to represent specific constituent student groups at the university. If we as their constituents don’t like how a senator performs his duties, among which are regular interaction with constituents and voting at meetings, we should be able to civilly address that with them. How can we do this when we don’t know how they vote on issues that matter so much that some students leave Senate meetings in tears over their decisions? Students we select to represent us should be fully accountable to us. Student fees pay for the quarterly monetary compensation of senators and executive officers. If our money is used to pay our student legislators, we have the right to know how they vote on everything that matters to us. If senators cannot own their votes on our most cherished issues, they have no place representing us on our student government, and the code governing their behavior should be modified so that they can act as our representatives all the time, not when they feel like it.

Peter Mounteer is planning to run for A.S. Senate, anonymously.

Peter, with all due respect, you have no idea what it’s like being a Senator. The secret ballot isn’t intended to paint anyone as irrational or dodge accountability. StandByUs and Students for Justice in Palestine both publicly ridicule people who don’t agree with them. People get death threats as a result of this public ridicule.

Go back to writing your silly little opinions and other stupid pieces. Your job is to write the news. No one cares about your opinions.

Not Laughing
Reply to  No

Then don’t discuss the issue, coward.

Jason G
Reply to  No

“No,” if you are in student politics, you should be ashamed of speaking to your constituents in such a way. Frankly, I don’t care about your “no one cares about us poor politicians” angst. That’s part of being a leader; you’re supposed to be the first ones on the barricade for what you believe in. What would George Washington or Teddy Roosevelt say about you being too cowardly to face “public ridicule”? When I ran for AS president, I accepted the fact that people would ridicule me and some might even threaten violence against me. Such threats should be taken… Read more »

David
Reply to  No

The secret ballot isn’t intented to dodge accountability? Well that’s exactly what it does. It’s an embarrassment and a disgrace to students, and so is your comment.

Peter
Reply to  No

To whoever wrote “No”: The secret ballot doesn’t intend to dodge accountability? Perhaps I misunderstand what you meant but that’s exactly what it does, its among the primary reasons I wrote this piece and I articulate that point in the article at length. The piece is not intended to just rail against perceived injustices in a vacuum but attempt to start a conversation on Senate accountability that I believe needs to be had and ideally make some kind of change. In articulating your vitriol over this you seem to have missed that entirely. With all due respect, I also echo… Read more »

What a condescending response. If you get death threats, report them to the police. If you don’t want to deal with public ridicule, don’t run for a public office. Get off your high fucking horse and grow some courage. Put your name behind such an important public vote.

When divestment came to UCSB in 2013 (Tempers Flare and Tensions Rise as A.S. Rejects Divestment Resolution), the Nexus ran this quote: “I was intimidated while in the A.S. Senate office. A student was spit on while on her way to class. Someone let the air out of my bike tires while at the A.S. Senate office, and a friend of mine was even denied service at the book store, all for opposing this resolution,” Koreie said. “As of this morning … I withdrew from UCSB … I genuinely feel like I have been left with no other choice.” Two… Read more »

Not Laughing
Reply to  lol

Sorry, but you are wrong. They are elected officials and a secret ballot prevents students from knowing how they vote on these issues. If you can’t handle that, you shouldn’t run for office.

If you really believe what you are saying, then you would take the argument to its logical conclusion and say that any bill that can cause controversy and possible harm shouldn’t even be discussed at A.S. Is that what you want?

Also, say what you want, but at least the Nexus kids have the courage to put their names behind their opinions.