The Daily Nexus
Sports
Softball Sends Off Seniors With Walk-Off Win in Last Home Game
May 4, 2015 at 8:38 am by Martin Cobos 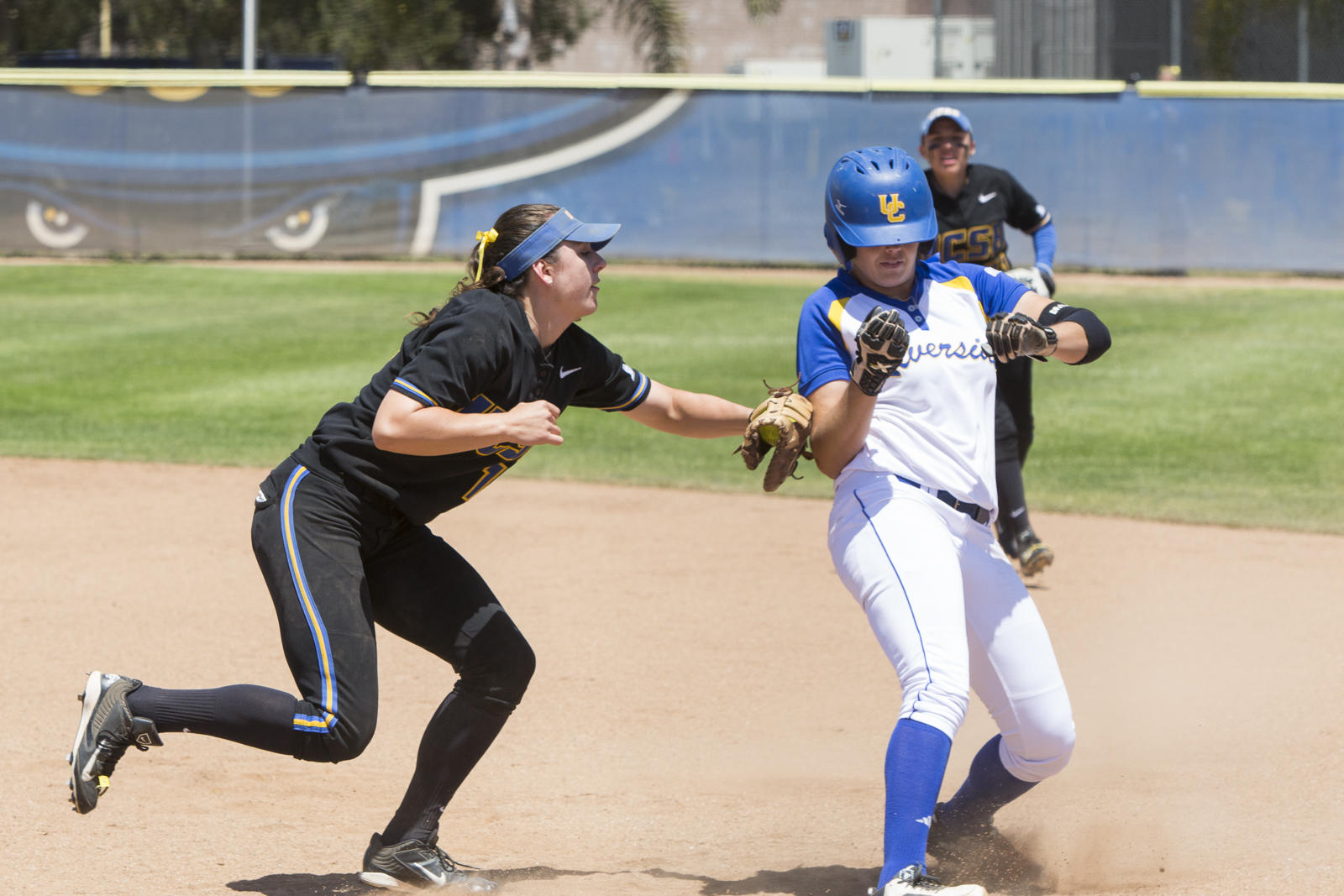 Jenessa Jeppesen tags a runner out at first base. Dustin Harris/Daily Nexus

The UCSB softball team won two out of three for the second straight weekend. After falling 6-2 in Saturday’s opener at home against UC Riverside, the Gauchos won 4-2 in Saturday’s late game and 3-2 in Sunday’s finale to steal the series.

“We are just trying to finish on a strong note,” sophomore outfielder Kristen Clark said. “Especially since it is senior weekend, we wanted to honor our seniors by taking another series.”

“Playing with these girls has been excellent,” Wisdom said. “I am very sad that this marks the end of my softball career.”

UC Riverside jumped out to an early lead after senior utility player Karina Romero hit a two RBI single to right field in the top of the first. UCSB would not be behind for long, however, as it tied it up in the bottom of the third inning.

Junior infielder Arianna Palomares hit a two RBI single through the left side of the infield to score Clark and sophomore outfielder Jacqueline Hinojosa.

The score would remain tied at two apiece until the bottom of the seventh inning as Palomares singled up the middle to drive in the winning run. Junior Ashley Ludlow earned the victory for UCSB after a scoreless 5.1 innings pitched, while junior Chelsea Ponce was charged with the loss for Riverside.

Saturday’s late game was in a lot of ways the same story. The Gauchos fell behind early, only to charge back in the late innings and secure the victory.

UCSB’s offense could only be held down for so long though, as the team broke through for a huge sixth inning. With three runners on, junior catcher MeShalon Moore hit a huge home run to left center giving the Gauchos a 3-2 lead.

The next batter was Wisdom, who would follow suit with a solo shot of her own. Freshman Lena Mayer picked up her sixth win of the season after allowing just five hits through seven innings. Freshman Rebecca Faulkner took the loss for Riverside after giving up back-to-back home runs.

The Gauchos could not produce enough late offense in Saturday’s opener, as Riverside jumped out to another early lead. Faulkner hit an RBI sacrifice fly to right and a couple of unearned runs crossed the board to give Riverside a 3-0 lead in the top of the first.

The Gauchos travel to Long Beach State for their final conference series of the regular season starting this Friday at 1 p.m.