The Daily Nexus
Sign of the Times
When the Independent Takes the Gold
April 30, 2015 at 2:00 am by Leilani Leila Riahi 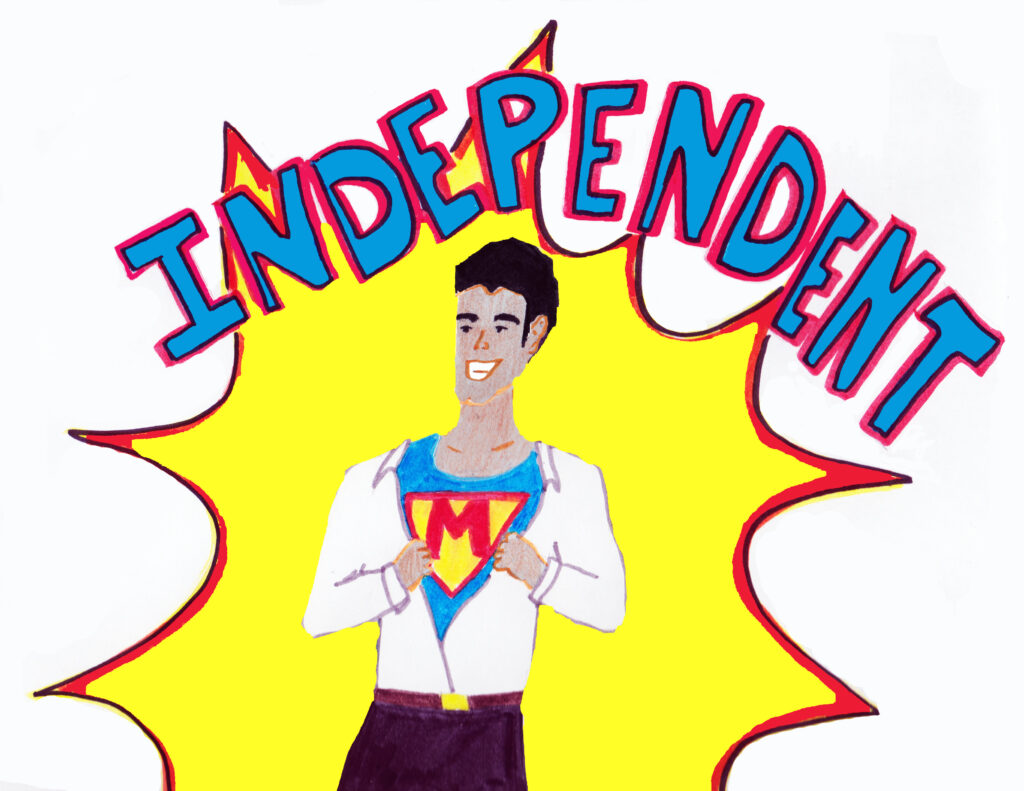 An independent candidate just won the position of external vice president of statewide affairs, over a candidate who had an “undefeated” party backing him up. I repeat. An INDEPENDENT, PROGRESSIVE, RADICAL man has just won a position in OUR student government, one that has long been ruled by the same type of machinery. There is hope, as campus politics now has the potential to be FOR a diverse community of students instead of for a select few.

WHAT. JUST. HAPPENED. Did the Open People’s Party just lose a position? The Open People’s Party was the only political party running this year. They are the only political party to ever win a majority in the student government. You know who I’m talking about? They flip burgers for you on the weekend, get you happy hour priced drinks during elections week and have dogs in the background of their pictures looking all playful and shit. It’s like you’re part of a frat for a week, repping their free shirts, smiling in pictures with hot people and being all cool. But they have just lost a position to an independent executive candidate, meaning that materialism has failed, the norm has failed and everything that you knew about Associated Students is about to change. This feel too damn fresh.

So, who is this guy whom triumphs? His name is Mohsin Mirza, and he is the new External Vice President of Statewide Affairs. How did he do it, you ask? He did it with his own hard work, but he also had communities on communities supporting him throughout this battle. He may have been an independent, but there existed collective support from underrepresented students, minority groups, people who were moved by his efforts, people walking by the Arbor who had a genuine conversation with him and many members of our Isla Vista and UCSB family who wanted to see him win and aid in the campaigning process. THIS is what community looks like, people. The unbelievable has just happened, and it’s been fueled by passionate students ready for a revolution.

We have had ENOUGH of being silenced in our student body, and we have had ENOUGH of never getting the commitment and equality that we deserve within these positions. When I say WE, I mean anyone who is not a part of OPP or OPP-affiliated teams of peoples, anyone who is DIFFERENT from them. This independent didn’t have pens for you, he didn’t have alcohol dyed blue, but he had and will continue to have integrity. He has respect, but he didn’t just play off of respectability politics. He has a vision for social justice, and he will take this vision all the way into new plans of action and relentless work for us all. This is one example of how students are taking back what is rightfully theirs — REPRESENTATION AND A VOICE.

Democracy has worked in the direction of oppression for much too long, and this just shows me that the power of the people will not stop, and cannot be stopped.

I haven’t felt hopeful in politics since last year, so this news makes me cry. I am crying of happiness because capitalism cannot always keep us down. Capitalism and the system of dictatorship that has been ingrained in our national, local and campus governments are being turned. Democracy has worked in the direction of oppression for much too long, and this just shows me that the power of the people will not stop, and cannot be stopped. I want to go out and do something now.

This is the kind of inspiration that will rock governments awake and bring more community members into these toxic spaces. Let’s move. Let’s take these triumphs and run with them, lending our hand, lending our ears, fighting and never looking back into the eyes of past dictators.

It’s time for me to move, especially after I decided to stay politically inactive during this whole elections season. I did not help my friends campaign, I did not spread any word, I did not even want to vote. I am so thankful that I did, and I am so thankful for all of the people who worked their asses off to get these victories up and running. I was inactive out of apathy — apathy and a lack of hope in any awakening throughout the crusty system of robotic campus politics. I could not face defeat again.

Believe in the people. We are the revolution, and we won’t stop for any dictators. Besides, they are disappearing anyway.

I voted for Mohsin, and I’m very happy about his victory, but this is borderline excessive. We all know he won, and it’s great. Sure, you’re entitled to say what you want, but this is honestly a little distasteful and not very empathetic, which is something that you always seem to preach.

But seriously Leilani, get over yourself.

we are the revolution!!!

Another insightful and honest article! I think that this victory is symbolic of good changes on campus and inspirational. Im tired of politicians on campus using sunglasses and catchy phrases to get votes… There needs to be true representation, honesty, and transparency on campus in our student government. Mohsin reflects hard work resonates with so many communities on campus. I’m happy for him. Thank you for sharing your personal experiences with campus politics. Many of us on campus can can relate to you. I personally don’t think there needs to be empathy for OPP. They do enough boasting about themselves… Read more »

I wouldn’t call it a radical revolution when barely 30% of the school voted…and only a fraction of those for Mohsin. Might be a little over the top.

This article did a great job capturing the emotional reaction behind Mohsin’s win. I understand that this was not everyone’s reaction. This may not match with your reaction. But regardless, people react differently, respect that. The words in this piece tell the story of hundreds of students. Not just at UCSB but across other college campuses. Did you know that UC Berkley had experienced the same robotic pattern of their progressive political party being swept for 4 years? Then finally, someone broke the system. That right there is inspirational to groups of people across campuses; therefore, it’s a story that… Read more »