The Daily Nexus
Sports
UCSB Prepares for Final Homestand, Takes on UC Riverside
April 30, 2015 at 5:00 am by Martin Cobos 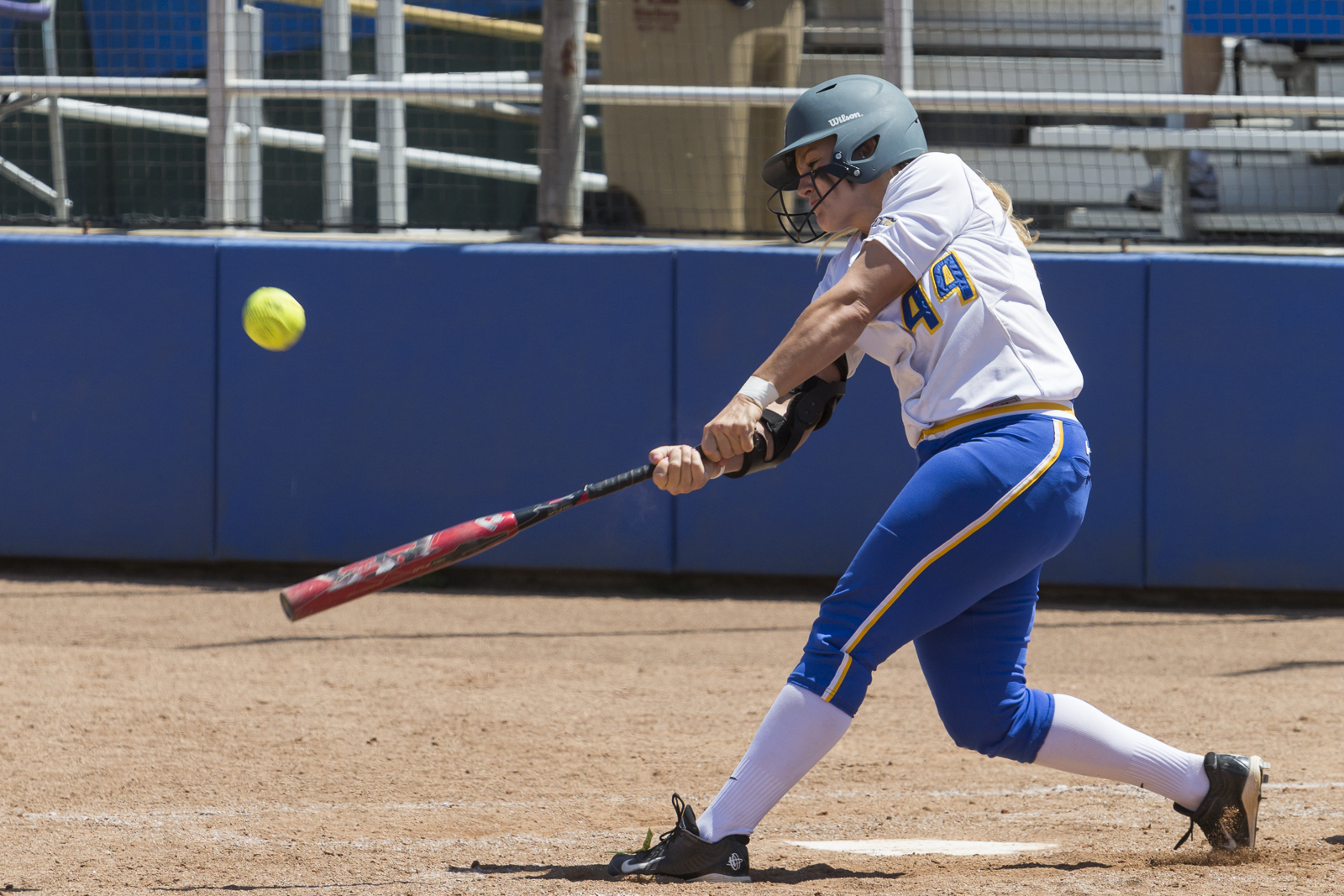 The UCSB softball team will play its last home stand of the regular season this weekend beginning with a Saturday doubleheader as it hosts UC Riverside in a three-game series.

“Honestly, it was a great feeling to get those two wins last weekend,” senior utility player Shelby Wisdom said. “We continue to work hard and getting those wins proved to us that we are still in it.”

The Gauchos earned back-to-back wins for the first time since March and the pitching staff for the Gauchos held Hawaii to just seven runs over the three games. Junior pitcher Ashley Ludlow pitched masterfully in Saturday’s finale, allowing just one run through seven innings.

As a team, UCSB still sports an ERA of 5.52 and averages only 2.86 strikeouts per game.

However, the past weekend was a big step and the Gaucho pitching staff will look to continue their success against UC Riverside.

This task will not be easy as Riverside averages 4.4 runs per game and the team has five players hitting .300 or above this season, including sophomore infielder Haley Harris.

Harris is hitting .329 this season and leads the team with 34 runs scored thus far. Harris also provides much needed speed on the base path, as she has stolen 10 bases and hit five triples this season.

“Riverside is really aggressive and they have a lot of speed,” sophomore outfielder Kristen Clark said. “We have to keep hitting and keep them from taking extra bases.”

While UCSB’s pitchers may get all they can handle, the Gauchos have some firepower of their own that always puts pressure on opponents. As a team, the Gauchos are hitting .306 with a .408 slugging percentage and 22 home runs this season.

Junior catcher MeShalon Moore has also been stellar at the plate during conference play this season. She is averaging .383 and leads the team with three home runs and a .638 slugging percentage. Moore has tallied an incredible 17 RBI through just 15 games.

UCSB’s bats will be challenged in this one, however, as Riverside’s redshirt junior pitcher Chelsea Ponce has been dominant this season. Ponce has a 1.35 ERA this season and has amassed a total of 26 wins and five shutouts. Opponents are only batting .200 when she is on the mound.

Wisdom, senior utility player DeJanee Moore and senior infielder Jenessa Jeppesen will be celebrated on Sunday as it marks the last regular season home game for these seniors.

The first pitch at home will take place Saturday at noon.

A version of this article appeared on page 11 of April 30, 2015’s print edition of the Daily Nexus.