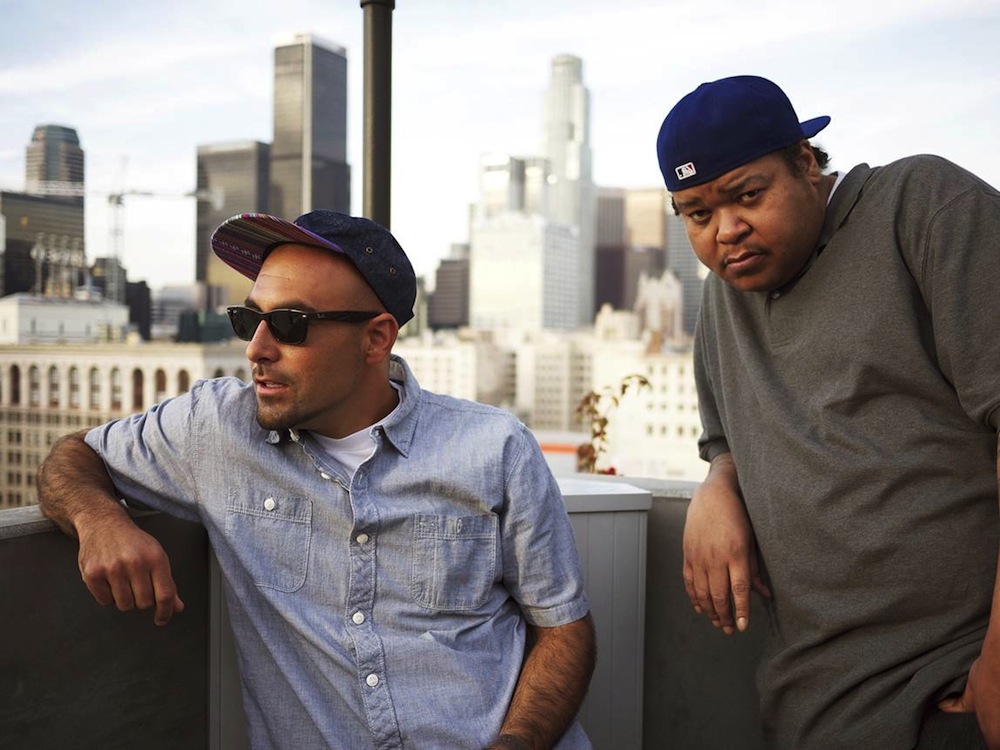 The sun sets. The secret identities shed with the darkening of the streets. The superheroes of classic California vibe-hop — Thes One and Double K — fill the space where a gangly Portugal and heavy-set Turner once stood only seconds before. Together they make the sunshine wonder twins, People Under the Stairs.

Since their humble house-party beginnings, they’ve represented the antithesis of popular hip-hop. Gangster life? No, thank you. Got a deep message? No, ma’am. But what about the drugs? Just beer. And Mary Jane doesn’t count, right? Is it even hip-hop? That’s not even a question.

Their dynamic is simple and the formula is consistent. Soul and Funk samples from the ’60s and ’70s litter the beats and make for easy listening music. Every song is a story. Every story is about chilling, but don’t mistake P.U.T.S. for softies.

This music is party music. Each track is equipped with a kick just hard enough to cause involuntary hip shakes and head bounces in even the stiffest of bones. They are like Dilla with a harder kick. K raps like Q-Tip without an agenda. Think Jurassic 5 with steadier flow. Portugal rhymes like a less corny Slug with more groove.

P.U.T.S. shows don’t have moshers. Hand wavers and chill tokers comprise the audience at every Thes & K performance. Basically it’s the crowd you’ve always wanted at every hip-hop show ever, but that doesn’t mean they’re quiet on stage. These guys are performing professionals. Precision is the word when it comes to their onstage coordination. Thes and K pass verses like fine-grain sand taking turns on back up.

They’re nearing 40, but they’re showing no signs of slowing. Their massive catalogue is still growing with a new LP released every couple of years. Each new addition is just as good at the last. The P hasn’t been involved in a beef since its founding 20 years ago, so there will likely be 10 more albums to come.

So if you’re into easy-rock hip-hop and you like to bounce, this Thursday, the legendary soothsayer rhyme layer pair of the West Coast will be exploding on stage at SOhO for their first Santa Barbara appearance. Buy your tickets at nightout.com/events/people-under-the-stairs/tickets#.VUGrCPlViko.