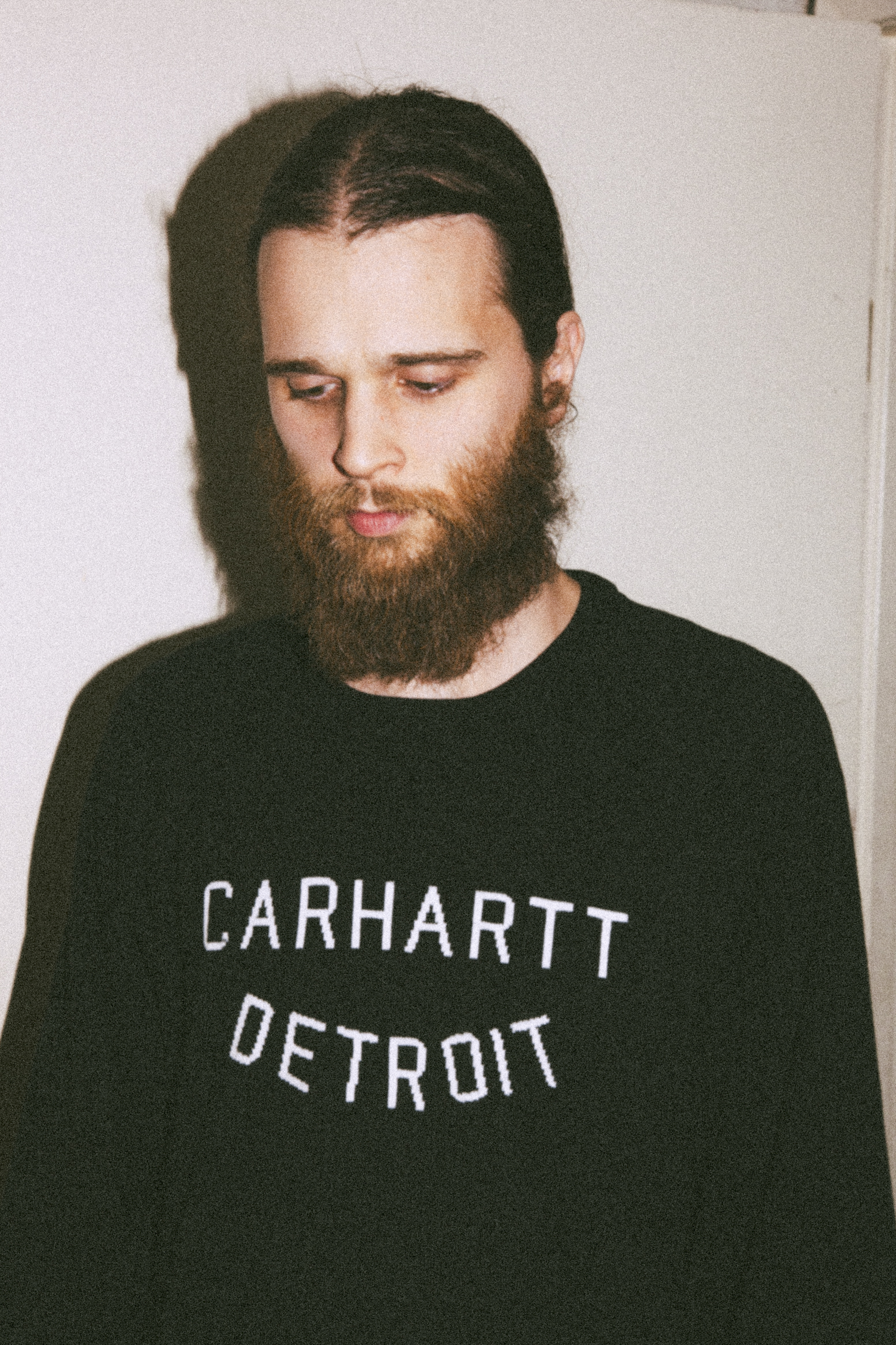 A dull red spotlight illuminating the Blind Tiger stage served as the sole catalyst in transforming the skinny Detroit native, Chris Berishaj, into the torn-soul R&B singer, JMSN. Berishaj sported basketball shorts, worn skate shoes that likely bore holes in the bottom and a baggy, white crewneck tee that hung far below the waist of his wiry figure. His hair was shagged to his shoulders on each side, ending just below at the back. A few white teeth gritted through the performer’s notably hedgy beard.

JMSN stepped onstage accompanied by a three-piece band comprised of a bassist, drummer and keyboardist. A lone red Stratocaster sat in a stand, seemingly for show.

“How y’all doing, Santa Barbara?” Berishaj asked as commencement for his first Blind Tiger show. A yell and a little bit of chatter was the only response. The crowd of 50-or-less seemed unsure of what to expect and perhaps a little uneasy about the singer’s unconventional dress. The headlining act even seemed a little unsure of himself.

Judging by the lack of crowd response, it appeared as if the concertgoers came to the Blind Tiger to see a show without really expecting to see this show. As if on cue, the speakers filled the room with the infectious melody of “Addicted,” a powerfully, catchy and dark hit off JMSN’s latest album.

Upon grasping the microphone, the performer’s shoulder blades pinched backwards. Berishaj instantly shed any sign of vulnerability. Any self-doubt that may have been present before was no longer visible. His thin legs jangled into a two-step groove.

The song concluded with a warm round of applause and many more cheers than that which followed JMSN’s stage entrance.

“He dresses like a skater, so I didn’t really know what to expect,” Allison Locata said, another concert-goer. “He’s really good, though. He sings way better than a skater.”

This sentiment seemed to be a popular consensus conveyed by the slow nods and enthused claps of the once skeptical audience members.

Berishaj offered a diverse set, opting to select unexpected tracks from his catalogue, beginning with his debut album up until his most current release. His versatility on stage made it seem natural that members from the Top Dawg Ent. and Future Classic rosters revere this self-taught singer/producer virtuoso. Halfway through the set, it became apparent that the red Strat was not just for show. Every few songs he would pick up the lonely guitar to play rhythm to accompany his vocals.

Each song — which all seemed to be about either a breakup or a party lasting until dawn — was accompanied by humble and endearing expression of thanks to the crowd from the songwriter. Hits like “Girl I Used to Know” or “Ends (Money)” drew very warm crowd receptions.

After each number, Berishaj gained an increased vigor that didn’t have a cap until about 11:30 p.m. The elated musician said one last “thank you,” and exited the stage in a stupor. The crowd erupted in cheers. There was a distinct adoration that was not present at the beginning of the hour-long set.

Christian Berishaj may appear to be an unlikely book for the Friday night slot, but that’s part of his charm. He excels as an artist and is exceedingly authentic. Throughout the performance, nothing topped his genuine demeanor. So on Friday night, 50-ish Santa Barbara locals were rewarded for taking a chance on an urban Jesus lookalike.