The Daily Nexus
Fine Arts
An Evening with Anna Halprin
April 30, 2015 at 8:35 pm by Artsweek Editor

On Monday, April 27, Campbell Hall filled with students to see the movie “Breath Made Visible.” The 82-minute film covered the career of modern dancer Anna Halprin and showed how dance can be applied to healing. Halprin herself used dance to recover from cancer, and was present at the close of the film to answer questions from the audience.

For Jenna Wilson, a first-year dance major, the movie was proof of how powerful dance can be.

“A dancer who is passionate and unforgiving in their work can stir emotions that no level of technical ability can bring on its own. [I feel] Halprin’s work was revolutionary because she demonstrated her true love for dance as an art of expression.”

Particularly relevant to Wilson’s comment is the work “Carry Me Home,” documented by the film “Positive Motion.” In this movie, Halprin worked with a group of dancers with HIV and AIDS who used their struggles to find creative inspiration for movement. In a class session with UCSB dance majors, Halprin expanded upon her experience working on the piece, recalling that the inspiration for the piece was when a dancer said goodbye to the group to spend his final days at home. Halprin could recollect the quiet fear that held the group still for several minutes, until she urged them to move and create from their emotions.

Now 94 years old, Halprin still retains the same passion to inspire movement in others and had the stamina to work with UCSB dance majors for eight hours over two days. She systematically worked through several exercises designed to help dancers explore their emotional impetus for movement, spending between 20 to 40 minutes on each exercise to allow for the fullest experience of the movement possible.

Close to the start of class, Halprin asked for a show of hands of those who had had extensive ballet training. Many of the students were slightly taken aback when she showed disapproval of ballet, which is commonly viewed as the foundation of all dance. Amongst these dancers was Kyra Atchason, a second-year dance major, who felt it was unfair to say that ballet was as suffocative a style as Halprin maintains.

“I disagreed with her [idea] that ballet is imitative because I believe that we all have a different approach and unique style in ballet. To me it is not boring because you are constantly working towards something and are never satisfied. We will never dance exactly like someone else because we all have different bodies and capabilities.”

Not to say that Halprin’s class was totally lost on dancers who feel ballet is fundamental — Atchason’s takeaway from Halprin’s time here was surely just what Halprin was hoping our students would learn from her.

“I really enjoyed that Anna Halprin never gave up and continually strived to be a dancer and choreographer her whole life. It made me open my eyes to the idea that as humans we [may be able to] heal ourselves of physical problems by releasing them mentally, letting go of the dark thoughts in our minds.” First-year dance major Nicole Nistal also found she learned a great deal from Halprin’s classes and gained a better idea of what dance is. “Dance is not just an art, it is a basic [aspect of] human movement. If you can breathe [then] you can dance in some way and probably [are dancing] all the time [without realizing].”

For those who missed the film, here are three concluding fun facts about Anna Halprin:

If just three fun facts seems inadequate, more information about Anna Halprin can be found at the following website, created by her husband, Lawrence Halprin: annahalprin.org/index.html. 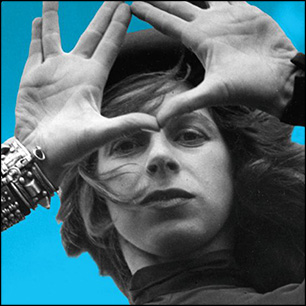