We’ve all been there. It’s your first day on campus, and all you’re trying to do is get some info about your soon-to-be university. The extraordinarily sad part is everything you say is either blatantly obvious or so horrendously stupid that the second any words come out of your mouth, you’re frantically reaching for them as they permeate the atmosphere. Here are just a few of those irresponsibly ignorant questions we all asked as prospective students:

Ah yes, the Isla Vista. Everyone hears about it, but only a few well-informed individuals know of its exact whereabouts.  This is one of those questions that instantaneously generates judgmental grimaces and hypercritical glares from everyone around you. The only thing that could even compare is asking where the beach is located.

Food is a necessity at all times of the day for college students, which is why so many people know to stay at least forty yards away from Portola. It is the Nickelback, the black licorice, the end slice of a loaf of bread out of all the dining commons. Don’t step foot in there. I have previously eaten chicken grayer than Storke Tower, eggs with a consistency equivalent to oatmeal and don’t get me started on the nachos. But if you must dine there, their cereal selection is quite superb.

People are usually very confused by the claustrophobia-inducing prisons that are campus dorms. They wonder why a prestigious university such as UCSB would give such little space to so many people. Paying fourteen thousand dollars to share a closet with a roommate you will passively aggressively hint at to stop using your shampoo without asking is worth it. It’s the true college experience.

You silly child. Unless you’re a former Olympic track and field phenomenon, a bike is a damn near prerequisite for attending UCSB. Trust me when I say sprinting from Campbell Hall to I.V. Theater in the spring was the second-worst experience of my life, behind eating the diarrhea-inducing nachos at Portola.

I firmly believe that DLG’s Late Night is the single most important thing this university has to offer. What is DLG? It stands for Damn Let’s Get…..food because it’s late at night and you’re probably high and craving a slightly stale grilled cheese sandwich. Time and time again it has given tens of thousands of students the fuel they need to study into the early morn. My grades and I thank you, Master Late Night.

If you’re a fan of fungal infections and potentially losing limbs, then don’t wear shower shoes. Otherwise, get a nice pair of protective footwear and shower away. A solid pair of rain boots should do the trick. Oh, and you might want to get some gloves and a HAZMAT suit for the rest of the bathroom.

Is the sky green? Should Adam Sandler keep making mediocre (at best) comedies? Should I stop spending fifteen dollars on Freebirds nachos? Will Wikipedia successfully help me write my essay? The answer is no. 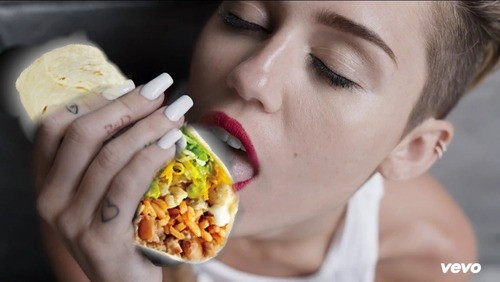 Freebirds is land of the chicken burritos and home of the hungover guilt. It may be Friday night, you may be at a party, but before you know it, you will blink and find your face in a plate full of nachos. No one knows how it happens, but it does. So eat them and never speak about it the next day.

9.) Will my long distance relationship work out?

Unless you are dating Ryan Gosling, you should use college as a chance to meet new people and maybe new potential lovers. Let me put it this way, you are going to a school filled with thousands of beautiful people walking by you at any point during the day. Are you going to marry your high school sweetheart? Probably not. Don’t hold yourself back from all the opportunities surrounding you. Besides, Jack Johnson met his wife in DLG so that obviously means true love does exist.