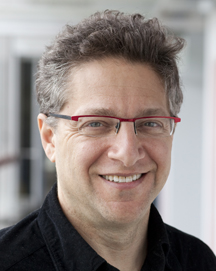 Do truth and objectivity occupy the same realm of meaning, in terms of science and journalism? On April 24, UCSB’s Art History Graduate Student Association hosted its 40th Annual Symposium in the University Center, this year’s theme titled “Truth Claims.” The event lasted from 8:30 a.m. to 5:30 p.m., featuring professors from a selection of prestigious universities to speak, such as UCLA and the California College of the Arts.

Peter Galison, professor of History of Science and Physics at Harvard University, delivered the keynote address by exploring the relationship between the two concepts of truth and objectivity in a three-hour lecture. His work consists of an impressive list of publications and awards, having published three books and receiving the MacArthur Fellowship in 1996. Dr. Galison’s scholarship frequently synthesizes science along with other fields, such as art or architecture, to obtain a stronger grasp on his studies.

The audience was an eclectic mix of folks, some clad in bright geometric patterns and chromatic alligator printed socks, others accessorized with extravagantly large pearls and exposed small tattoos of famous art pieces. While the event granted opportunity for guests to advertise their own individual style, they all shared one goal: to assemble in a splashy flock to take notes and absorb the speakers’ lectures.

Dr. Galison began the lecture by clarifying the definition of “objectivity,” assisted by a clean and terse PowerPoint presentation stocked with exemplary illustrations and images. He argued the concept of objectivity in opposition to truth to emphasize the clear distinction between the two. By separating the two concepts as individual entities, then one can begin the process of perceiving an image from multiple angles.

“We end up not seeing at all the imperfections and idiosyncrasies of individual objects,” spoke Dr. Galison on what limitations we impose on truth. In addition to truth limitations, he also considered how notions of objectivity, a concept often understood as stagnant and unbiased, evolve over time. He moved on to discuss technological influence over images, particularly Photoshop manipulations. “What we want from images in science has changed,” he commented.

The conclusion of the lecture examined how far Photoshop manipulations could reach before transforming an image into a fraud. Objectivity and truth are both concepts intended to remain impartial. However, Dr. Galison’s studies have provided ample evidence to distinguish the two as separate entities.

He then opened up the floor for questions to an audience of intrigued graduate students and contemplative professors. Most likely, Dr. Galison might have sparked a new research interest for unfinished and uninspired dissertations.