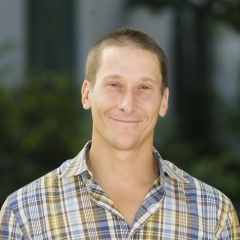 UCSB computer science professor Giovanni Vigna will give a lecture titled “The Evolution of Malware” in the Pacific View Room tonight at 4 p.m. as part of the Davidson Library’s Pacific Views: Library Speaker Series.

Vigna is the co-founder and CTO of Lastline, co-director of the Security Lab and director of the Center for CyberSecurity at UCSB. Vigna’s talk on malware, short for malicious software, will discuss research being developed to fight cybercriminals who quickly adapt to countermeasures being deployed in cybersecurity.

“Everyone is susceptible to malware,” Vigna said. “If you’re on the Internet you will be attacked one way or another and it’s important to know how it works.”

Vigna said the damage caused by malware varies in strength but can create major repercussions, especially for students.

“Malware can steal personal information, like your bank info, and sell it in the underground market for money,” Vigna said. “They could encrypt your files and ask for a ransom. If you do not have a backup you will not be able to get your files back, which can be especially troublesome for students who may have a project or a big paper due the next day.”

According to Vigna, writing malware is as difficult as coding any other computer program, varying in strength and complexity depending on the developer’s experience.

“It takes skill when you want do something very sophisticated that hides its presence very well,” Vigna said. “There is very simple malware … and there is other sophisticated malware that goes deep into the operating system.”

Vigna said that protecting against malware is a competition between defense and attacker because the superior program comes out on top.

“You’re against another person trying to make your stuff work against his; it is a battle against one another,” Vigna said. “It’s an arms race.”

Vigna also said malware changes at a rapid rate because it, and the products developed to detect it, is continuously evolving.

First-year film and media studies major Andrew Okeh said students should take cybersecurity classes in high school because they depend on computers now more than generations before them.

“With this increase in computer use it would be wise to implement basic ‘safe online behavior classes,’ like how we learn about having safe sex,” Okeh said. “I mean it is 2015! Practices like installing anti-malware software, updating computers, not using random networks or downloading stuff from sketchy websites.”

Second-year computer science major Dylan Lynch said he is interested in attending Vigna’s talk because cyber security is relevant to anyone who uses the Internet.

“I’m excited to attend the talk because I think computer security is growing to be a really lucrative field,” Lynch said. “It’s very relevant because of all the companies people trust with their personal information.”