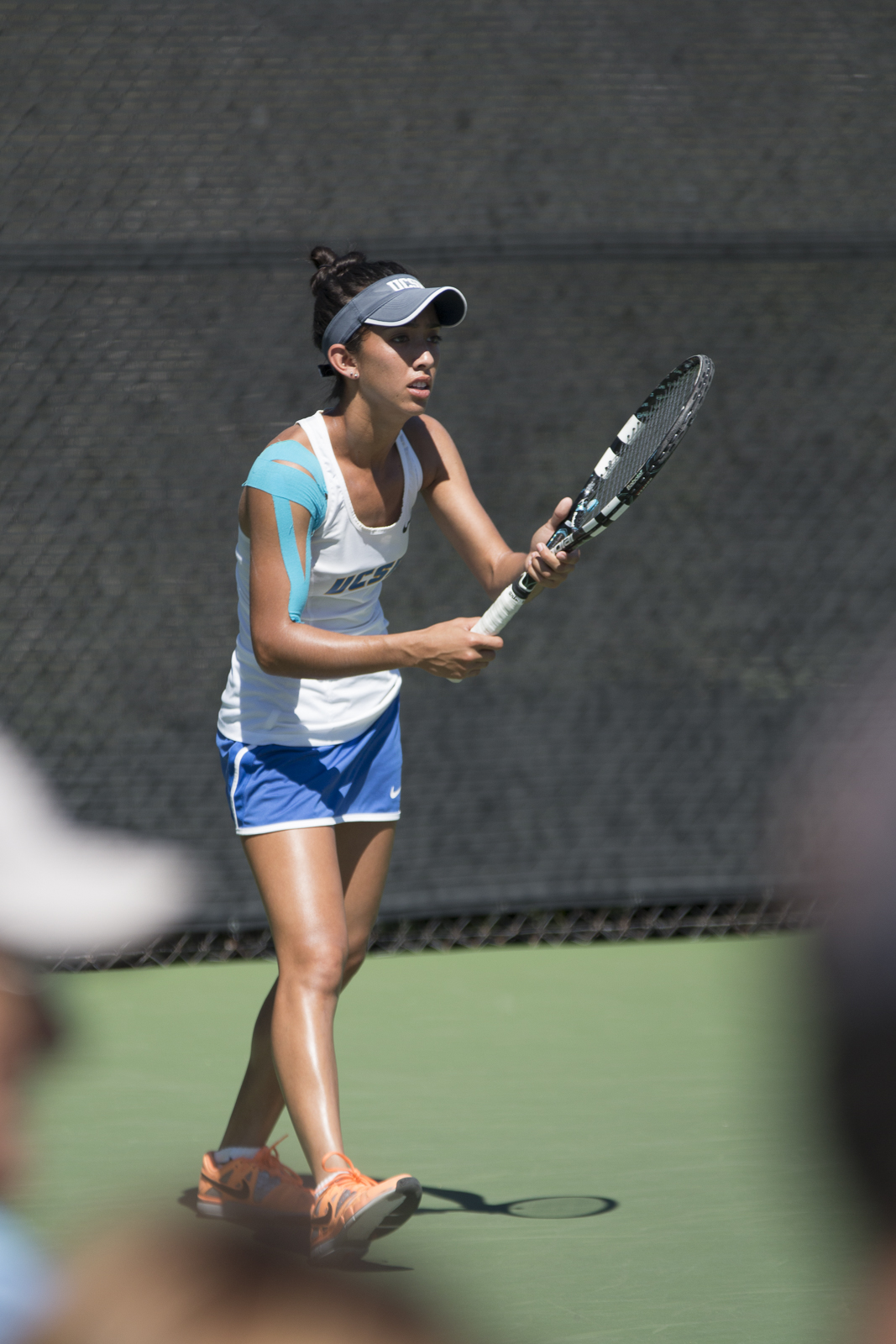 The UCSB women’s tennis team fell to Long Beach State in the final of the Big West Tournament yesterday 4-1.

Santa Barbara started off the tournament strong, with their third sweep in as many games over the Aggies. They then beat UC Irvine in a closely contested match,  just weeks after a tough 4-1 home loss to the Anteaters.

With the victory, the 49ers collected their fifth Big West Women’s Tournament title in a row.  Long Beach State has also qualified for the NCAA tournament with the win.

Long Beach began the match by taking the doubles point, with wins collected on the No. 1 and No. 2 courts.  On the No. 1 court,  sophomore duo Luisa Ortiz Candido and Melissa Baker lost to Ebba Unden and Hayley Thompson 8-2.

At the No. 2 court, junior Priscila Garcia and freshman Natalie Da Silveira lost to the 49ers’ Karolina Rozenberg and Laura Eales 8-4, sealing the doubles point for Long Beach State.  Senior Stacy Yam, and sophomore Jaimee Gilbertson were unable to finish their match after the doubles point was decided, which they were losing 7-1 at the time to Long Beach State’s Maeva Razakasoa and Julie Gerard.

On the singles side of the match, things didn’t go much better for UCSB, which picked up only one win through Yam on the No. 5 court. On the No. 6 court, Laura Eales took down Candido 6-2, 6-3 for the 49ers’ second point on the afternoon.

On the No. 1 court, Razakasoa defeated Da Silveria 6-1, 6-1 putting Santa Barbara one loss away from giving up the final.  Yam stepped up her game, providing a lifeline for the Gauchos with a win on the No. 5 court, beating Karolina Rozenberg 6-0, 6-4.  It wasnt meant to be however, with Hayley Thompson beating Senior April Scatliffe 6-0, 7-5.

“We were able to finish at 16-9, reach the Big West final for the first time in 16 years, and will most likely be ranked as one of the top 50 teams in the nation,” Thibodeau said. “Even though we weren’t able to win the championship, we took huge steps forward this season.”