The Daily Nexus
Sports
Softball Attempts to End Slump in Hawaii
April 23, 2015 at 5:00 am by Martin Cobos 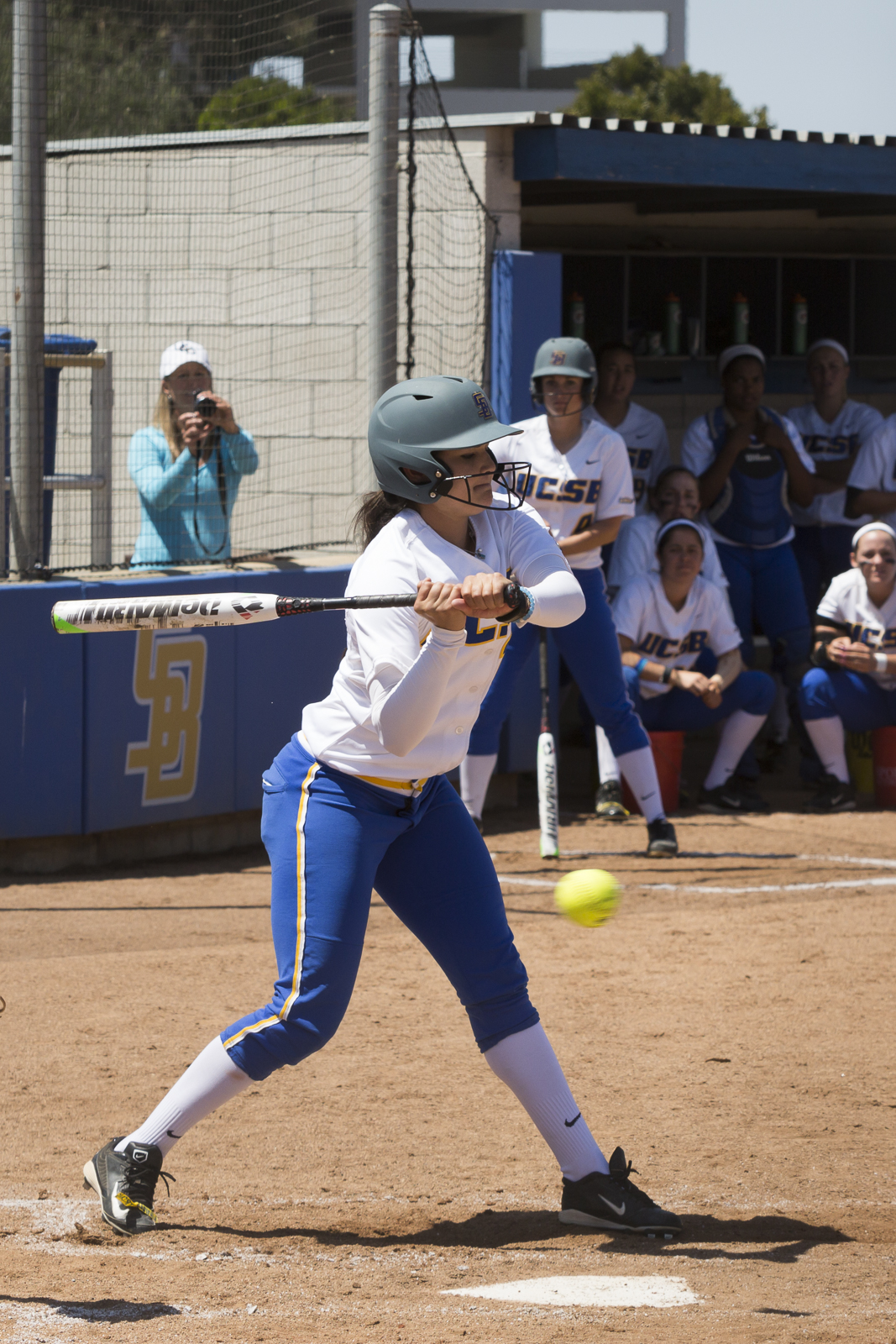 Kayla Sisson holds back from swinging at a ball. Dustin Harris/Daily Nexus

The UCSB softball team will travel to Hawaii this weekend as it is set to begin another three-game conference series. The team will open play on Friday and the weekend will conclude with a double-header on Saturday.

“Our goal this weekend is definitely just to keep working hard,” sophomore outfielder Jacqueline Hinojosa said. “We are not worried about how games have resulted lately because we know we are still a very good team and have the potential to beat anybody in our conference.”

UCSB has lost seven straight games and the urgency is increasing for a team that has not won since April 3. Hawaii has been a solid team all season, but it does show vulnerabilities and the Gauchos must look to take advantage.

Hawaii sports only three players batting .300 or above this season and the team is only averaging 3.17 runs per game in conference play. Sophomore pitcher/first baseman Heather Morales has been on an absolute tear this season for the Rainbow Wahine though.

Morales is averaging .341 at the plate this season and is tied for the team lead with 27 RBI and an on base percentage of .446. Along with Morales, the Gauchos must be weary of the power Hawaii possesses at the plate.

Six starters for Hawaii have hit four or more home runs this season and the team boasts a .423 slugging percentage. Though strength at the plate is a constant threat, Hawaii’s pitching presents the real challenge.

Redshirt freshman Brittany Hitchcock and sophomore Kanani Aina Cabrales lead a pitching staff that has only gotten better as the season has progressed. Both pitchers sport a sub-three ERA and they have combined for three shutouts through just 12 conference games.

The Gaucho bats must get back on track this weekend and the team cannot afford missed opportunities as they look to contend against these pitchers.

“A big focus in practice this week has been hitting in crucial moments,” Hinojosa said. “We have been practicing situational hitting and doing our job when runners are on base will be key this weekend.”

UCSB currently has five starters averaging over .300 at the plate through 12 conference games this season. Sophomore outfielder Kristen Clark leads the charge with a .395 conference average.

Sophomore infielder Emily Brucelas is coming off a huge weekend for the Gauchos, batting .600 with a .900 slugging percentage. Also a constant threat will be senior utility player Shelby Wisdom and junior catcher MeShalon Moore.

Wisdom and Moore have combined for 13 home runs this season and are both slugging over .560 this season. Moore has been hitting .378 with a .429 on base percentage in conference play.

“We are still confident,” Wisdom said. “We are going to continue to work hard and have been consistent in never giving up this season.”

The first pitch will take place this Friday at 9:00 p.m.