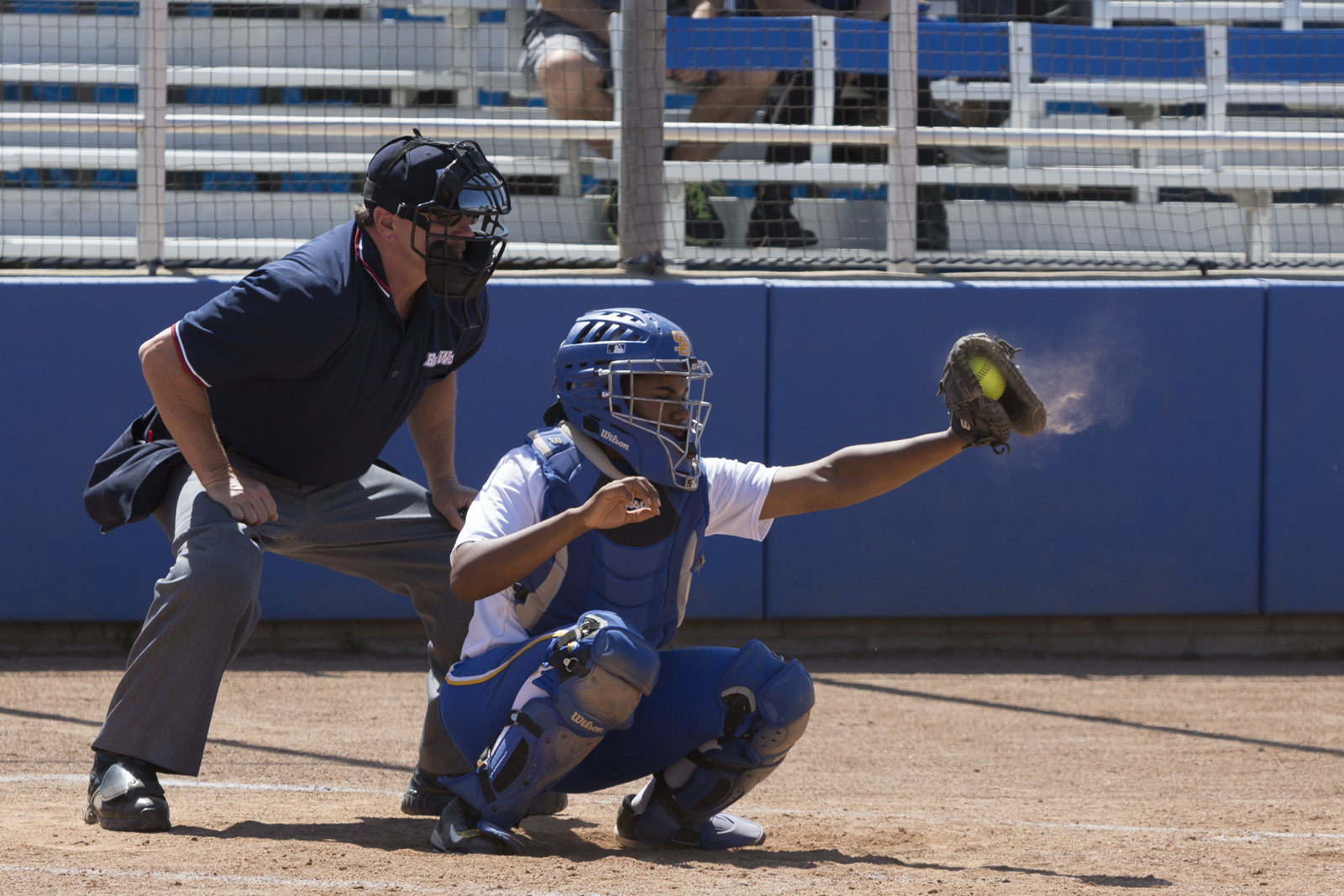 The UCSB softball team got swept for the second consecutive weekend, dropping all three games to UC Davis. The Gauchos lost back-to-back games on Saturday by scores of 7-2 and 5-4, before falling in Sunday’s finale by a final score of 6-1.

“This whole season we have had consistency with staying strong and never giving up,” senior utility player Shelby Wisdom said. “We are still confident and will continue to work hard.”

Sunday’s game offered little relief for a team coming off its sixth straight loss. UC Davis jumped out to an early lead as senior infielder Amy Nunez hit a solo home run in the top of the first.

Davis added to its lead, scoring two in the top of the second and three in the top of the fourth to take a 6-0 lead. The Gaucho bats remained very quiet until the bottom of the seventh inning when junior catcher MeShalon Moore hit an RBI double down the right field line. The Gauchos were able to tally seven hits, but left 11 runners stranded on base in the 6-1 loss.

The final game of Saturday’s double-header was a close one, but runners left on base was once again the story for the Gauchos. Nunez started the scoring early for UC Davis, hitting an RBI double in the top of the first.

UCSB would roar back, as sophomore outfielder Kristen Clark hit an RBI double in the bottom of the fourth. Clark and junior catcher Samantha Stark would both hit RBI singles in the next inning to put the Gauchos up 3-1 heading into the sixth.

Davis came out firing in the top of the sixth however and put up four runs. A two RBI double from sophomore infielder Phalen Cochran and a two RBI singles from junior utility player Kelly Zboralske were enough to put the Gauchos away.

UCSB had a total of 16 hits in the game, but left 14 runners on base. Junior pitcher Ashley Ludlow was given the loss for UCSB after giving up five earned runs through seven innings. Junior Justine Vela picked up her first win of the season for Davis after one inning pitched.

Davis was again able to jump out to an early lead in Saturday’s opener as freshman infielder Ashley Lotoszynski hit an RBI single to left. Both teams were then unable to score a single run until the seventh inning.

UC Davis put up six runs in the top of the seventh to put UCSB in a 7-0 hole. The Gauchos did their best to mount a comeback as sophomore infielder Emily Brucelas hit a two-run homer to left field. Sadly, it would be too little too late, as the Gauchos would fall two batters later.

“Every year we wear a bow on one of our shoes,” Wisdom said. “This year that bow says ‘Finish Strong’ and that is our team goal for the rest of the season.”

The Gauchos will look to snap their seven-game losing streak as they go on the road to face Hawaii beginning this Friday at 9 p.m. PST.