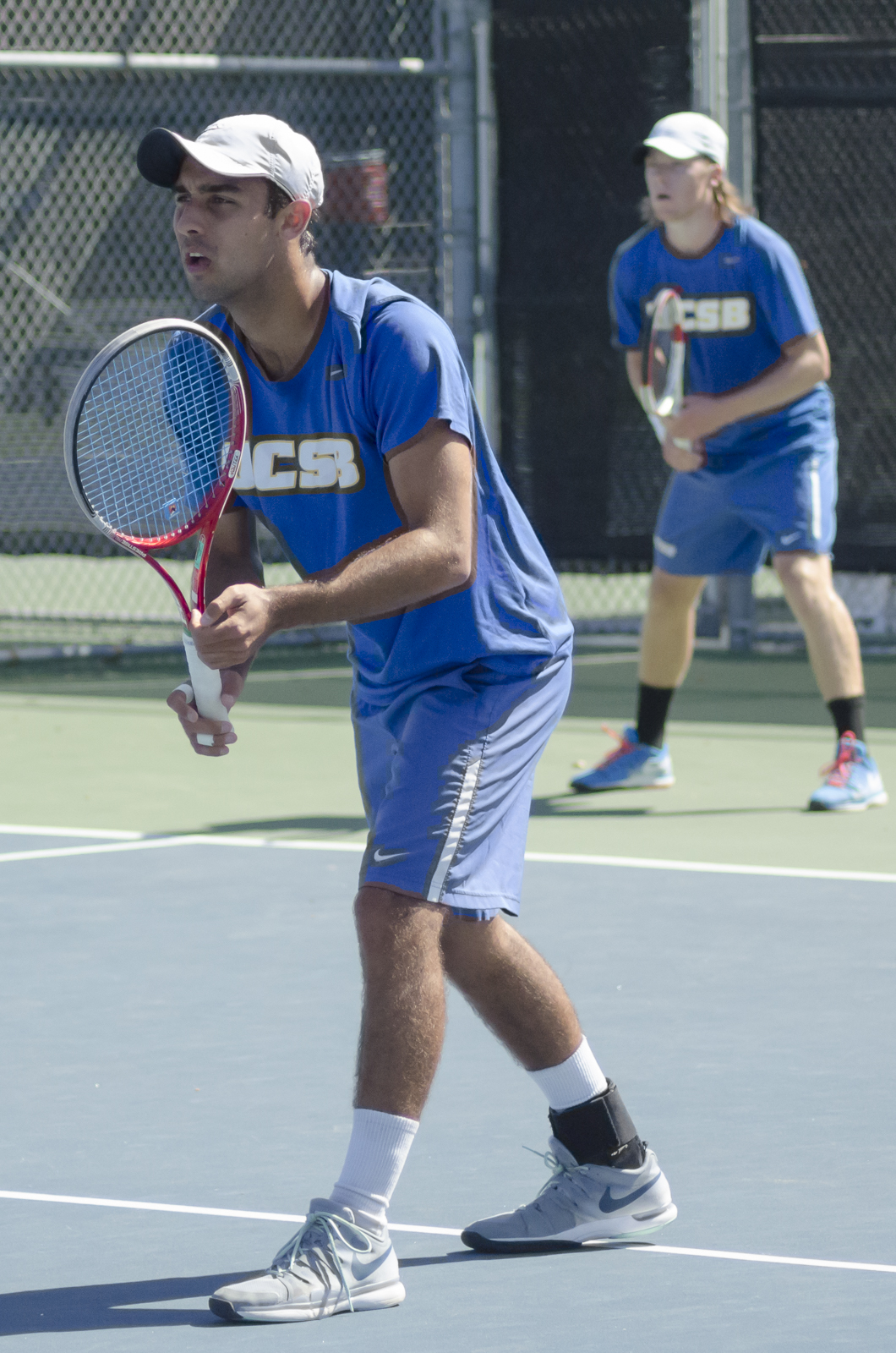 The No. 65 UCSB men’s tennis team will look to cap off its regular season this Saturday when it takes on rival No. 49 Cal Poly.

Coming into the weekend, the Gauchos stand at 11-9 overall and 2-2 in conference. The Mustangs hold records of 14-8 overall and 3-1 Big West.

“This is one that I know all of us have been ready for a while now,” sophomore Morgan Mays said. “We’re expecting a pretty big crowd which will definitely help out the team, but Poly is very strong.”

When the blue-green rivalry is renewed this weekend at the Rec Cen Courts, the Gauchos will be given an opportunity to achieve something that no other Santa Barbara tennis team has in school history. With an outstanding home record of 8-0, this year’s team has the chance to go undefeated at home for the first time.

After a shaky road trip, a win over the Mustangs could give the Gauchos the momentum they need heading to the Big West Conference Tournament next week.

It would also be the perfect way to send off team captains, seniors Ziad Sultan and Tobias Galskov, who will be playing in their final match in Santa Barbara. With the two long-time Gauchos making their last home stand, Saturday’s match will also play host to the Senior Day celebration.

UCSB has found its success in its depth as a team and each player’s ability to adapt to whatever challenges that Head Coach Marty Davis presents to them. Whether it is hopping into the doubles lineup with a new partner, or going from playing the number three court to the number one court, these Gauchos have handled all adversity with poise and success.

Junior Nathan Eshmade has played as low as four on the order of the courts this season, and due to a recent hot streak, the junior has been bumped up to the number one court and has brought his team victory despite the big jump.

Mays, who just got off of a nine-match singles win streak, has played around the top of the lineup all year. The depth and adaptability has helped this team progress in that each player can rely on every teammate to do his job despite the workload.

The Gauchos have been hot in this latter part of the season having won eight of their last eleven matches. They even found their rhythm on the road going 3-3 in that last stretch, after starting off the season 0-6. UCSB is playing its best tennis of the season at the perfect time with the postseason just around the corner, but Cal Poly could very well put a damper on it, as it is not a team to take lightly.

The Mustangs are in position to take first place in the Big West conference standings and currently lead the other Big West teams in ranking as they sit at No. 49 nationally. They recently held a five-match win streak before falling 5-2 to the current Big West leader, UC Davis.

Saturday’s match in Santa Barbara will be the Mustangs’ last regular season match of the year as well, and they will be looking to spoil the show for the Gauchos and reach a higher seeding for the Big West Tournament.

The blue-green rivalry will be renewed this Saturday at 3:00 p.m. at the Rec Cen Courts.