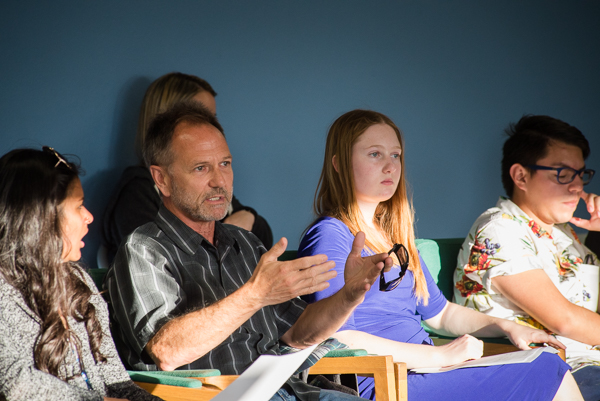 The proposed CSD is a part of Williams AB 3, which would provide additional local government services and infrastructure for I.V., and would be paid for by I.V. residents in the form of locally imposed taxes implemented by a locally elected board. The services provided by the proposed CSD currently include the ability to fund a municipal advisory council (M.A.C.), which would be an advisory board with no taxation power recommending certain policies to the county board of supervisors. Other services would include an area planning commission, managing a parking district, the ability to contract for additional policing services above the current level provided by the county and university, managing a tenant mediation program to work out disputes between tenants and landlords, the ability run community facilities and the ability to manage lighting and sidewalks.

Community organizer from Williams’ office Darcel Elliot hosted the conference, during which community members had the chance to speak about their opinion on two ideas related to governance. The first proposal of an I.V. CSD was presented by economics professor Lanny Ebenstein, while a second proposal was presented by former resident and alumnus Eric Hutchins.

What you might want to do is stop the endless discussion and start thinking on more global or situational terms. – Former resident and alumnus Eric Hutchins

Second-year political science major Louis Mariano said if a student is elected to the board, they should have a system in which the student would serve for six months as an intern to gain “institutional knowledge and actually use it.” 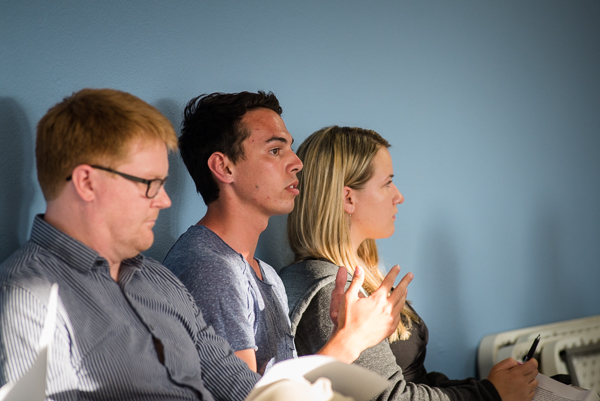 First-year political science and Asian American studies major Akshaya Natarajan said having a student unofficially appointed to the board to gain experience would be good idea.

“Still being temporary enough where students are empowered to run for one of these positions, but at the same time it still gives them a bit more experience before they have voting power,” Natarajan said. “So perhaps exploring a designate status where they could be elected and serve for six months rather than an internship.”

Hutchins presented the second proposal of the meeting and said the Assemblyman’s office could hold a CSD conference during which community leaders and businesses could voice their opinion on current CSD ideas. Hutchins said participants could then distribute their plans for comment to I.V. agencies, organizations and interest groups.

“What you might want to do is stop the endless discussion,” Hutchins said, “and start thinking on more global or situational terms. For me, what that meant was it would be easier to be the task of this group to essentially create two bookend proposals for CSD … and ask the university chancellor and university trustees who are perhaps inconveniently your best friends right now in terms of getting anything through because they have already taken positions on the CSD.”

C.A.P.S. Psychologist Jeremy Roark said he thinks having only people in support of the CSD at the conference may be a more productive option than having a meeting with various community members.

“I wonder if this next meeting we are talking about — if this day-long conference — if it may be beneficial to ask only those people who we think are in support and that way maybe gain more momentum with more yay-sayers than nay-sayers,” Roark said.

Second-year history of public policy major Ashcon Minoiefar said he supports Roark’s idea because it provides specific choices to the larger community which can then decide on finalized options.

“I like what you are talking about in a sense where you have two separate things that forces people to get in the conversation in these areas and institutions to give their answer as to what they want,” Minoiefar said.

At the end of the meeting, I.V. residents took a poll about who they would prefer to see on the I.V. CSD board, the geographic boundaries for candidates and the number of board members.

The top choices in each category included university-appointed and Santa Barbara County-appointed members, the CSD boundary comprising either the “box” of I.V. plus university owned property or the box and the West Campus and El Colegio residences, and unanimous agreement for a five-members elected to the I.V. CSD board. Agreement was not unamimous however on the boundaries of an IVCSD.

[Correction: A previous version of this article incorrectly detailed the Ebenstein plan as calling for three appointed members of the CSD. That is incorrect, the story has been updated accordingly.]

IV CSD is DOA and here is why… 1)It isn’t even being put forward by ISla Vistans but UCSB instead and they aren’t part of it…. Hutchins said, “and start thinking on more global or situational terms. For me, what that meant was it would be easier to be the task of this group to essentially create two bookend proposals for CSD … and ask the university chancellor and university trustees who are perhaps inconveniently your best friends right now in terms of getting anything through because they have already taken positions on the CSD.” 2)Das Williams is a UCSB… Read more »