The Daily Nexus
Volleyball
Gauchos Look to End No. 3 Pepperdine’s Record-Breaking Streak
April 15, 2015 at 5:01 am by Edward Moss 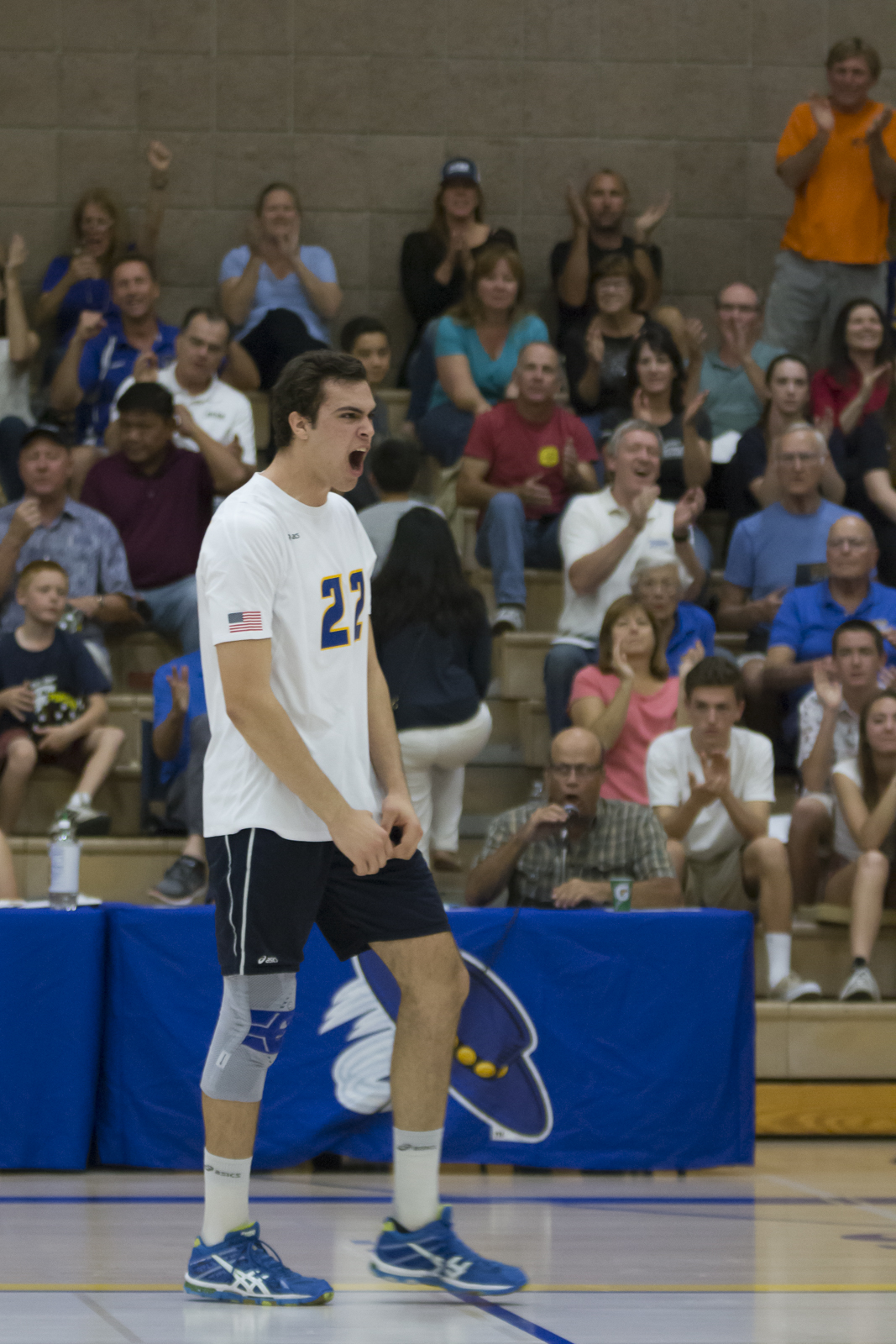 ​The No. 9 UCSB men’s volleyball team enters its last week of the regular season with just two matches looming in front of it before playoffs begin. Tonight, the Gauchos travel to Malibu to take on No. 3 Pepperdine in an effort to end the Waves’ 20-match win streak in their home gym.

​“Our team is in playoff mentality,” junior setter Jonah Seif said. “We want the fifth-seed and we see any match as a win-or go home match for now on.”

​The Gauchos enter the match with a 15-9 overall record, 11-9 in MPSF matches. They currently sit in sixth place in MPSF standings, one game behind No. 6 BYU. Depending on how the last week of the season ends, UCSB could end the season anywhere between fourth and seventh place in the conference. If tied with either No. 8 USC or No. 6 BYU, the Gauchos hold a 5-3 tiebreaker in sets won against both teams.

​UCSB will continue to lean on redshirt senior outside hitter Kevin Donohue. “Donny” leads the team with 3.68 kills per set and he consistently receives the most sets on the team every match. He will be a very important player coming into the last week of the season.

​Redshirt senior middle blocker Jake Staahl enters the last week of the season ranked tenth in the nation in blocks per set with 1.17 blocks. Seif is ninth in the nation with 10.15 assists per set. For UCSB to make a run deep into the MPSF playoffs, it will need a strong attack out of the middle led by these two star players.

​“We have to pass well so we can use Jonah to the best of his abilities,” outside hitter Weston Nielson said. “He’s the best player on our team and we need to use his 6’8 frame to set up our great offense.”

Pepperdine has won 20 straight matches at home and nine straight matches overall. The Waves set a new record for consecutive home wins at Firestone Fieldhouse in its 3-0 victory over No. 12 UCLA on April 7. Senior outside hitter Josh Taylor led the way with 10 kills and 12 digs for his second double-double of the season. Redshirt senior opposite Parker Kalmbach added ten kills while senior outside hitter Scott Rhein and sophomore middle blocker Mitchell Penning each put down six kills to add to the offense.

“You know their block and attack is gonna be good,” Nielson said. “We have to keep them off the net with tough serves to give us a chance to get touches on every attack.”

When the Gauchos last played Pepperdine, the Waves came out on top with a four-set victory. It was a match the Gauchos felt they should have won after taking the first set 25-22. Instead the team crumpled and lost the next three sets without getting up to 20 points in either one.

“Pepperdine is so physical. They’re a big team,” Nielson said. “Last time we played them our passing broke down. We can’t be tentative on passing or serving otherwise it’s gonna be a tough match to win.”

With six seniors in the starting lineup, Pepperdine has an experienced squad that believes this is their year to win a MPSF and NCAA championship. Senior setter Matt West in a two-time AVCA All-American and he has plenty of weapons to set to on offense, with Taylor, Rhein, and Kalbach handling the pins, and Penning and senior Matt Tarantino in the middle. Senior libero Brennan Anderson averages 2.33 digs per set and he is a defensive stalwart in the back.