The Daily Nexus
Sports
Softball Falls in Three Straight to CSUN
April 13, 2015 at 5:05 am by Martin Cobos 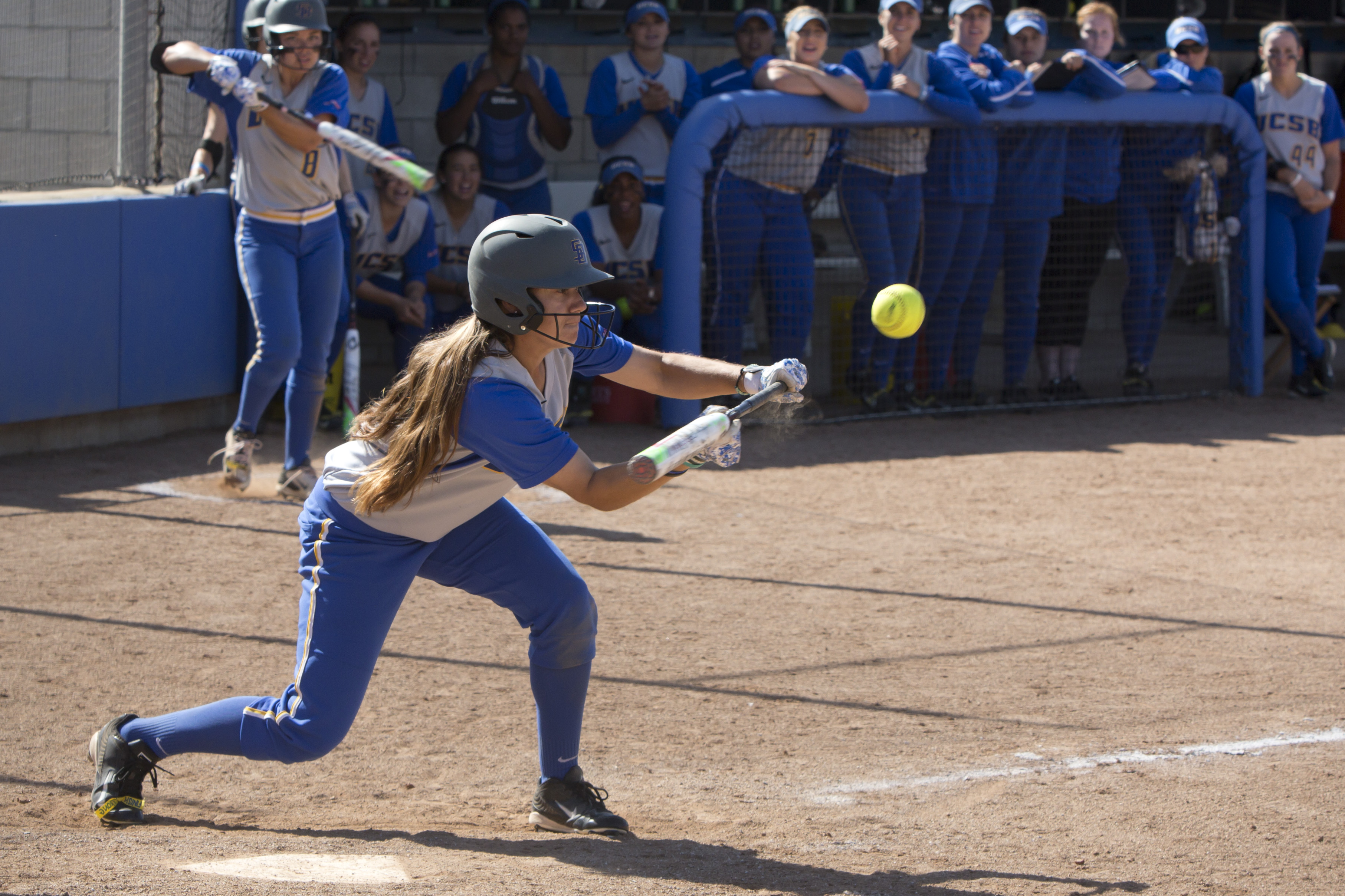 Stacy Cavazos bunts the ball just out of reach of the Matadors’ catcher. Dustin Harris/Daily Nexus

For the first time this season, the UCSB softball team was swept as Cal State Northridge took all three games this weekend.

UCSB lost back-to-back games on Saturday by scores of 9-4 and 4-0. Sunday’s finale did not provide any relief as the Gauchos lost 7-2.

“[Cal State Northridge] is really good at taking extra bases, so to beat them you have to eliminate this by being crisp,” sophomore outfielder Kristen Clark said.

In the final game of the series on Sunday, Cal State Northridge jumped out to an early lead and never looked back. Sophomore utility player Katie Hooper started the scoring for Northridge with an RBI triple in the top of the first.

Northridge would score two more in the top of the second and then add onto their lead with a four run top of the fifth to widen the lead to 7-0 heading into the sixth. UCSB would try their best to spark a late rally on an RBI sacrifice fly and an RBI double by Clark, but the deficit simply proved too much.

The Gauchos were completely shut down in Saturday’s late game as they only managed five hits through seven innings of play. Junior utility player Ariana Wassmer was responsible for Northridge’s early scoring as she hit a solo home run in the top of the second and hit an RBI single in the top of the fourth.

Northridge would solidify their lead in the top of the seventh with an RBI double by Hooper that would score two on a throwing error by the Gauchos.

In Saturday’s opener, the Gauchos were able to climb to an early first inning lead before quickly falling victim to Northridge’s potent offense. After Northridge put up two in the top of the first, junior catcher MeShalon Moore hit a three run home run to push the gauchos in front 3-2.

The lead would be short lived, however, as Northridge would put up one run in the top of the third and three runs in the top of the fourth. UCSB would get one back in the bottom of the fifth off an RBI single by junior infielder Arianna Palomares, but that would be all for the day.

“I think communication is a big thing for us,” Palomares said. “When we communicate and play together, we do a great job.”