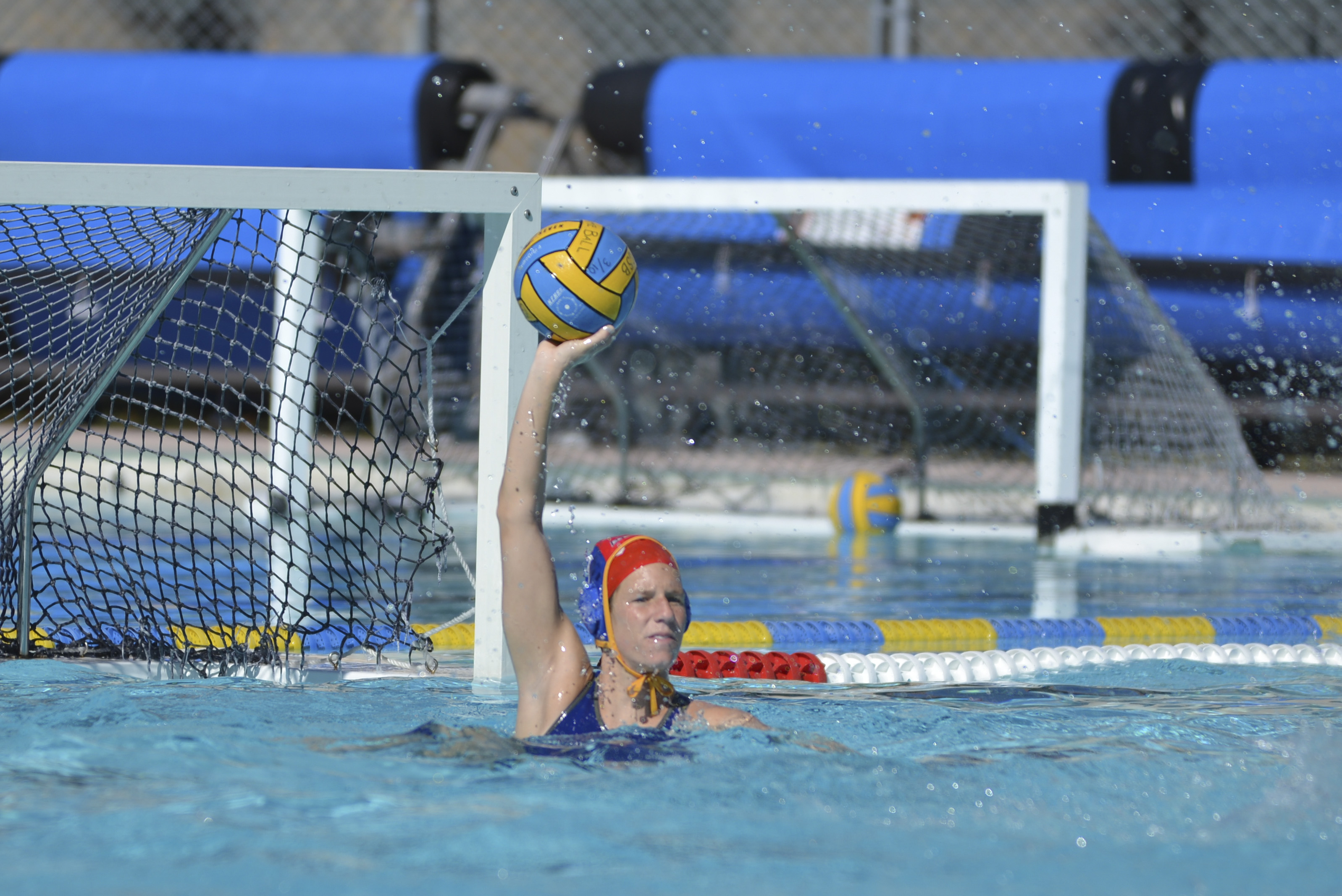 Mackenzie Brokaw brings the ball back in to play. Cameryn Brock/Daily Nexus

Throughout this entire season, Head Coach Serela Kay, has constantly proclaimed her team is committed to its “process.” However, the team’s current state certainly isn’t where Kay envisioned the team to be with just one game left of the regular season.

With a little less than two weeks until the start of the Big West Tournament, the No. 13 UCSB women’s water polo team’s chances of contending in the postseason continue to dwindle. Santa Barbara experienced its third consecutive loss this past Saturday, losing 8-6 to No. 9 Cal State Northridge in its last away game of the year.

Another loss lands the Gauchos with a 12-15 overall record, 1-3 Big West record and a last place ranking in the conference standings. It was a pivotal victory for Northridge as the Matadors improved their overall record to 14-10. More importantly, CSUN improves to 3-2 in conference play and currently is the No. 2 seed. Depending on how the Big West standings play out, the Matadors could maintain their ranking and receive a first-round bye to advance to the semifinals.

The intensity of Saturday’s match was on full display as both teams entered the game facing must-win situations. UCSB managed to get off to a quick start, taking an early lead in the first period. Redshirt freshman utility Tess Wardle’s goal in the third minute gave the Gauchos a 1-0 lead.

But just three minutes later, the Matadors top scorer, senior center Marisa Young responded with a goal of her own to tie the score 1-1. It seemed like the period would end with a 1-1 draw between the two teams, but with just 20 seconds remaining, redshirt sophomore attacker Miranda Schrader emerged to score a goal that earned the Gauchos a 2-1 lead.

Despite allowing a lead and trailing heading into the second period, it was the Matadors defense over the span of the next two periods that provided a definite advantage. CSUN’s remarkable defense in the second and third period’s shutout the Gauchos and triggered the Matadors’ 4-0 scoring run.

Goals by senior attacker MacKenzy Fowler and freshman attacker Madeleine Sanchez enabled Northridge to take a 3-2 lead at the end of the second period. As UCSB’s scoring struggles continued into the third period, it was back-to-back goals by senior utility Kelcy Barott that handed CSUN a comfortable 5-2 lead going into the fourth period.

In spite of trailing by three goals, two quick scores to open the game’s last period set up a potential late-game comeback.

Senior utility Jade Wentz Fitzgerald scored UCSB’s first goal in the fourth to cut the Matadors lead to 5-3. Junior utility Samantha Murphy, who led the Gauchos in scoring with two goals, netted a goal to reduce CSUN’s lead to 5-4.

With UCSB threatening to tie things up and possibly force overtime, Northridge needed to react quickly in order to maintain its lead. The Matadors managed to do so as both Fowler and Barott scored the team’s last three goals to secure its victory and each recorded hat tricks.

Down 8-4 with just minutes left, Murphy and junior attacker Bryn Hudson scored two goals to trim the deficit to 8-6, but their scores weren’t enough as the game ended.

UCSB prepares for its last game of the regular season Saturday as it will host No. 12 Long Beach State at noon.