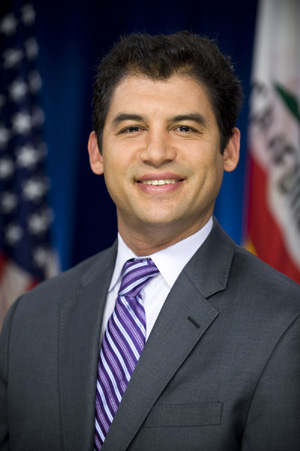 A bill requiring universities to include a notation on the transcripts of students found guilty of sexual assault was passed by the California State Assembly Committee on Higher Education last Wednesday after being introduced by Assemblyman Das Williams in late February.

Assembly Bill 968, now in the assembly’s appropriations committee, is one of three bills in the College Campus Sexual Assault Legislative Package, which also contains AB 967 and AB 969, that seeks to improve the collection and sharing of information with colleges on students who have been found guilty of sexual assault. AB 967 would require colleges to expel or suspend students found guilty of sexual assault for least two years. AB 969 would require students to disclose in college applications if they were dismissed from a college campus due to campus sexual assault.

According to Williams’ policy staffer Andrew Medina, the three bills are the result of roundtable discussions held by Williams on three UC campuses last year, one of which was held at UCSB in November.

“[Williams] found that there was more that needed to be done to make survivors of sexual assault feel safe from perpetrators coming forward with their stories — to hold the ones who hurt them accountable,” Medina said.

Roughly one in five women and one in five men will suffer a sexual assault during college, but less than five percent of these incidents will be reported to law enforcement, according to a statement from Williams’ office.

According to Santa Barbara Rape Crisis Center Board of Directors Member Erin Weber, many survivors do not report cases of sexual assault due to fear of retaliation from the perpetrator or guilt over coming forward, knowing it may result in the perpetrator’s punishment.

“Especially if one knows the perpetrator, it can be hard to point at them and say ‘that’s the one who assaulted me,’ knowing that that person will face punishment,” Weber said. “So this law is ensuring that perpetrators receive a long-term mark on their academic profiles, not just a short term criminal penalty.”

Take Back the Night co-chair and third-year feminist studies and English double major Kelty Kauffman said she is in support of legislation that makes survivors of sexual assault feel safer.

“Any measures that work to make perpetrators face long-term consequences, especially at universities and colleges, is something worth supporting,” Kauffman said.

AB 968 has until May 29 to be reviewed by the committee on appropriations, while the other two bills in the Package are still under review by the Committee on Higher Education, Medina said.

Weber said similar legislation should be introduced around the country due to high numbers of sexual assaults on college campuses nationwide.

“It’s so important to make survivors feel safe on campus because so many reported and unreported instances of sexual assault are from college students who know the perpetrator,” Weber said.

Medina said the ultimate goal of the package is to make universities do all they can to address issues of sexual assault through information sharing on transcripts and applications.

“It’s about ensuring that the survivor can pursue their education on campus without that additional added stress,” Medina said. “It’s really making sure that universities are seen as taking these issues seriously so that survivors’ concerns are addressed.”

Please stop reporting poisonous feminist pap as news. Please do balanced journalism using sources like The Factual Femininist, The Community of the Wrongly Accused or Freedom and Individual Rights in Education to the other side of the bigoted feminist nonsense you currently shill. Please also report on how cravenly corrupt politicians profit by stoking retarded ‘rape culture’ hysteria. Thank you.

b
Reply to  anti-feminist