The Daily Nexus
Film & TV
Ecological Storytelling with Hayao Miyazaki
April 9, 2015 at 3:46 pm by Phi Do 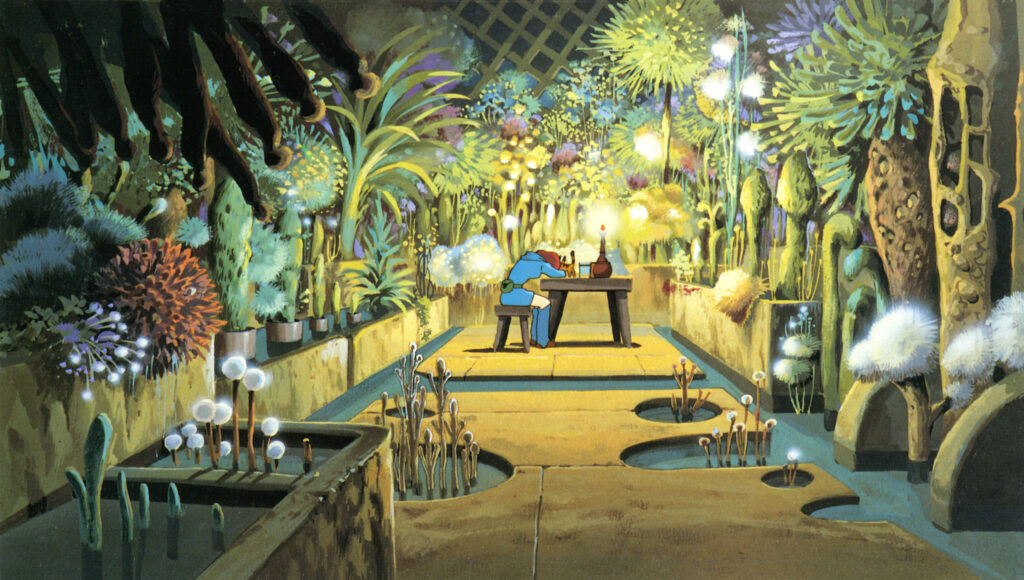 Take a magical journey this quarter through a continuation of the fall 2014 film series, “Ecological Storytelling: Hayao Miyazaki and Studio Ghibli” featuring award-winning classics such as “Nausicaä of the Valley of the Wind” and “Princess Mononoke.” Led by The Environmental Humanities Center and Professor Ken Hiltner, this series will showcase some of the very best of Studio Ghibli along with a free lunch and an audience to discuss the complex characterization and themes rooted within Miyazaki’s films.

From “Howl’s Moving Castle” to “Ponyo,” the works of Studio Ghibli are full of progressive themes such as environmentalism and pacifism. The gorgeously animated flying dragons, mutated insects the size of houses, spirits, demons and gods can awaken the magic and wonder within viewer’s imaginations.

But in the hands of Japanese film director Hayao Miyazaki, these celestial beings become the driving force in showcasing, and even criticizing, the relationship between mankind, nature and war. Much of the conflicts involve the attempt of humans to overtake their surrounding environments to drive away its inhabitants, reap the natural resources for themselves or make their stance as the stronger species.

The relationship between humans and the supernatural become strained since the latter holds ties to the forests and jungles being ravaged. The more the humans destroy, the more the spirits retaliate, striking villages and homes and creating even more tension between the two sides. While the films aim to evoke sympathy and encourage the preservation of the environment, they also demonstrate that the dangers imposed on the forests are dangers humans impose on themselves.

Despite the heavy topics, Miyazaki’s films still intend to reach the younger audience with adolescent heroes and coming-of-age themes interwoven within the many fantasy worlds of Ghibli. Miyazaki’s works are also noted for not having an outright “evil” antagonist to pit against the hero.

While the distinction between the hero and antagonist is clear, it is often also easy to detect redeemable qualities within the “villain” or to sympathize with their motives. In fact, it is not unusual for the antagonists to have a change of heart after witnessing the consequences of their destruction, alluding to the fact that viewers, too, have the power to turn a new leaf and create a better, lasting environment for future generations.

In creating these films, Miyazaki strives to show children a positive view of the world while illustrating that not everything is black and white. If people can change, so too can the world.