The Daily Nexus
Music
ChillTopia: The Chill Before the Storm
April 9, 2015 at 3:31 pm by Eric Topp 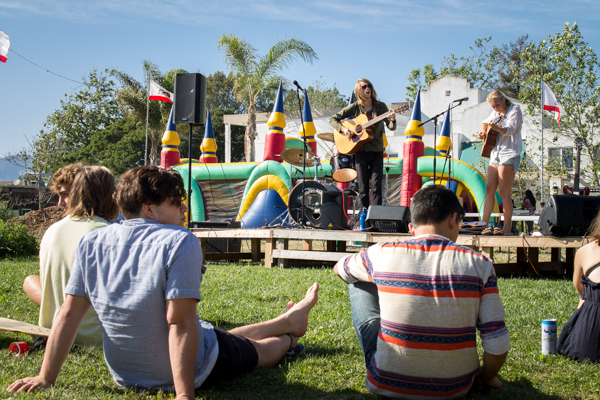 As the chaos of Deltopia descended upon Isla Vista on Friday, April 3, an oasis of music and art sprung up in Perfect Park. The event, dubbed ChillTopia, was organized by Excursion Club and sponsored by UCSB Associated Students, UCSB After Dark, Isla Vista Community Relations, A.S. EVPLA, I.V. OpenLab, I.V. Recreation and Parks District and County Admin Services. Featuring live music, an outdoor movie projected on the wall of an adjacent building, art exhibits and a silent disco, activities and attraction were far from lacking. Byron Roos-Collins, Excursion Club organizer, said he wanted to “celebrate Isla Vista arts and culture” and set the event on a high-draw weekend to “set an example of how to entertain for a whole day.”
Showcasing local Isla Vista bands, the afternoon kicked off with the Sun Daes at 2 p.m. With a sound driven by jangling, reverb-laden guitars, Sun Daes wove together melodic guitar lines that formed a patchwork quilt of nostalgia. Framed against the pastel afternoon sky with palm trees swaying in the distance, the tone for the afternoon was decidedly laidback.

“It’s dope to have something that is not getting shwasted, falling off cliffs and starting fires,” Max Goldstein, lead singer of Sun Daes, said of the event.

The iconic Isla Vista band Yancellor Chang went onstage next. Telling tales of Isla Vista with reggae-rock that runs the gamut from Bob Marley to Sublime, Yancellor Chang’s groovy tunes picked up the energy after the reverb-drenched harmonies of Sun Daes. The crowd grew as more people arrived, soaking up the sun and the sounds of afternoon in the grassy seating.

Shortly after 4 p.m., enchanting singer-songwriter Erisy Watt took the stage with Jeremy Fererra. Armed with just two guitars and a knack for touching lyrics, Watt’s songs seemed to float off stage and into the audience as the late afternoon sun started to cast long shadows of a now sizable crowd watching the performance.

“[ChillTopia] brings out a side of I.V. that gets pushed aside,” Watt said. “It fights the negative stigma of Isla Vista and shows the beautiful, artistic community [we have].” The lady singer went on to do a solo acoustic set in a nearby art showcase after her main stage performance.
Dad Clothes finished off the live performances at 5:30 p.m. At this point, a real crowd had gathered in the park, and ChillTopia looked like a proper festival. The danceable grooves of Dad Clothes felt like modern daytime disco, getting people to stand up and dance for the first time during the event about halfway through their set. Dad Clothes finished strong with their humorous song, “Sit on My Face.” Afterwards, lead singer Maddy Dahm commented that Isla Vista has an “amazing hidden art scene.”
Other event attractions included a tie-dye workshop hosted by local tie-dye art collective Tribe Ties, and art gallery showcasing local artists. The tie-dye station was one of the most popular at the event, with every table crowded for over two hours. One can expect to see many more tie-dye shirts in Isla Vista in the near future.
ChillTopia was met with overwhelming enthusiasm during the Deltopia weekend; the general feeling was that a local showcase of Isla Vista arts and music was long overdue. Officially sanctioned and enthusiastically supported by sponsors, the event was safe and fun without feeling juvenile, like some campus-organized events tend to be. In light of Deltopia and the madness that can be Isla Vista, official events like ChillTopia make sense, allowing people to do what they love and provide entertainment that is far more impressive than what individuals can accomplish in backyards and garages. 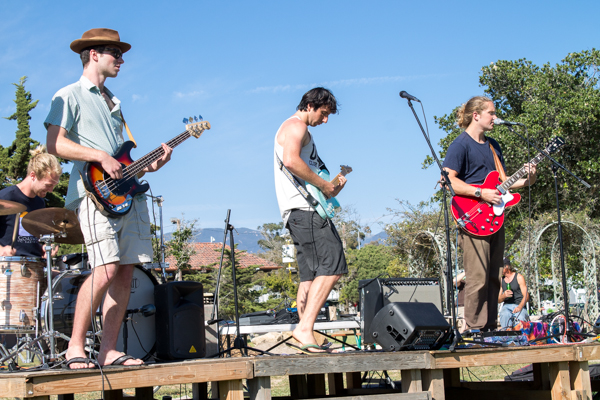 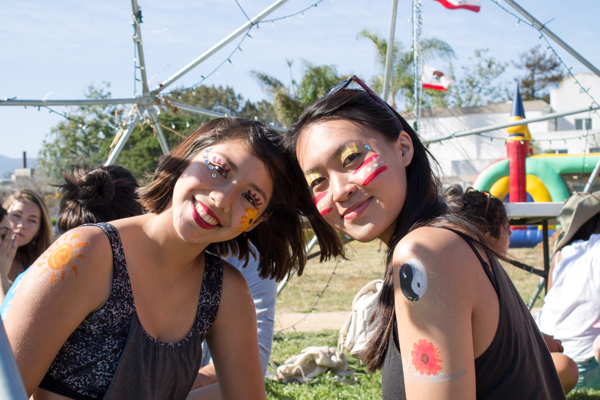