The Daily Nexus
Opinion
The Cult(ure) of Competition
April 7, 2015 at 11:02 am by David Rubinstein 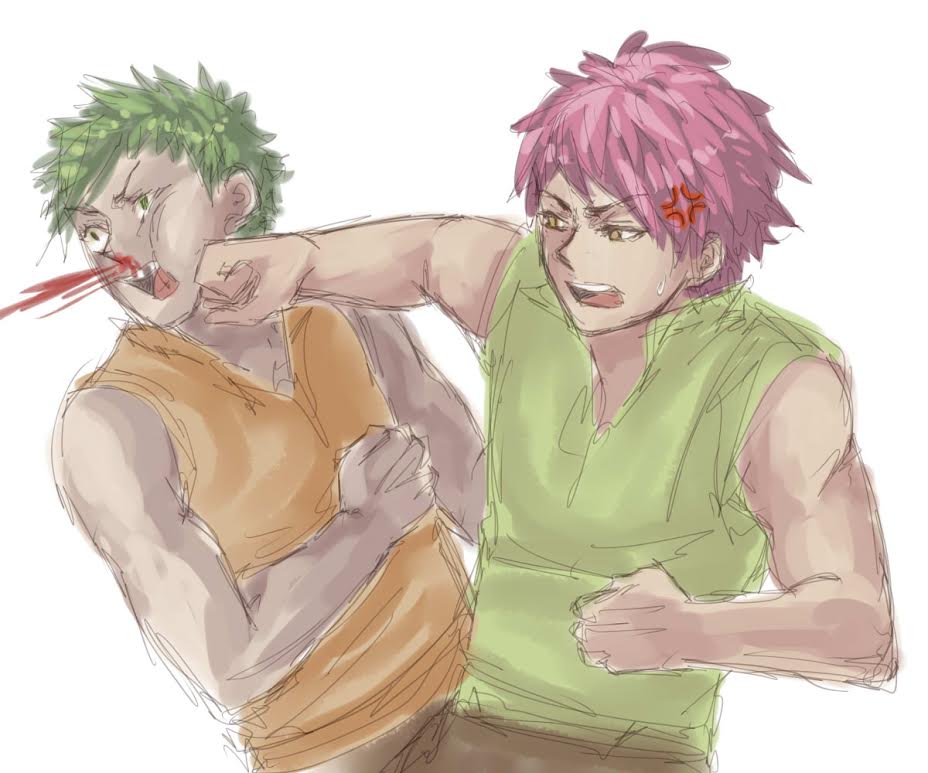 With March Madness just entering the rear view mirror, baseball season starting up and basketball season in full throttle, America’s Big Gulp of competition is overflowing even more than usual. In America, we raise our youth on competition: it is the milk we give them when they are babies and the dessert we (tell them we) give them as they grow up. Fathers across the country gloat to their buddies about the competitive drive their little children have. Coaches, colleges and CEOs alike preach on TV and print how they only take in the most competitive of the competitive at their respective institutions.

This competitiveness is accepted as an inherent human quality, one that is “natural” and inevitable, and that seems to be one of the main reasons people accept it as a positive trait. This relies on the premise that whatever trait we would have in our primitive form is inherently the best. There are many examples (murder, theft) of society deciding to curtail our animalistic instincts because we see them as detrimental to the overall community. It goes both ways, of course, not all primitive human qualities are bad, so it is therefore necessary for society to look upon them on a case-by-case basis.

So, in this specific case, is it bad? In a simple contained form, not really. In fact, a little competition leads to wonderful innovations that might not have been created without the external driving force. However, in America we like to deal with absolutes. Any attempt to curtail runaway capitalism and you’re a commie, any attempt to pass basic gun control legislation and you’re a Neo-Nazi fascist and any attempt to curtail competition and you’re a pathetic pansy who is probably just bitter about losing. This is the rhetoric and narrative that is so harmful, it prevents any dialogue about the complexities of human interactions. This narrative, much like that of capitalism, leads to runaway hyper competition, which in turn becomes very dangerous when it sneaks into unsuspecting avenues of American interactions.

In sports there is a very clear bad guy: your opponent. However, even though that binary exists almost nowhere outside the bubble of athletics, the “us vs. them” mentality lingers. This outlook dehumanizes our society and creates the impression that everything is a simple game with little to no consequences. This mentality has only mildly harmful results in our day to day lives, yet it can cause devastating results when it seeps into our large institutions, such as the military.

Let’s first look at the “mild” harm it causes. I use mild rather broadly in this context, but what I really mean by mild is non-life-threatening. For example, cutthroat competition goes hand in hand with cutthroat capitalism in that it creates a culture of apathy towards your fellow human beings, who are much easier to regard as “competition.” This happens a lot in college, sadly, where students see each other as competition against the curve. If Student B does poorly, Student A gets a better grade comparatively, so what motive would Student A have for helping student B? Of course, that thought is completely counterintuitive to the purpose of education and is incredibly shortsighted, yet nonetheless persists.

Another counterintuitive consequence of runaway competition results from the way some governors campaign and act. A prime example comes from the campaign of Gov. Rick Perry of Texas. Gov. Perry has been campaigning in California the last few years almost as much as in Texas. His goal? Steal jobs from California and transfer them to Texas. He actually bragged about stealing 153 businesses from California in 2010. He uses these added jobs to inflate his statistics about job growth, yet this “growth” is nothing more than a Ponzi scheme. It is a transferring of jobs, not a growth of jobs, and I cannot understand how taking a job from a Californian and giving it to a Texan helps America at all. Apparently, if you redistribute wealth you are a socialist (scary), but if you redistribute jobs you are a savvy governor (good).

Now we shall examine the more harmful effects of the culture of competition, and as always we shall start our search with Google. If you google “has America” the first result that comes up is “has America ever lost a war.” Our country is pretty divided about the answer to that question: Some people take great pride in claiming America is undefeated, some moderates claim that we haven’t lost a war but that we tied in Vietnam and some America-haters have the audacity to remember the War of 1812 and claim we also lost Vietnam. However, this entire discussion, the whole frame of the question is disgusting. Our love of competition leads us to treat war as a game. You go in, you win, you lose or you tie, and you leave. That’s it. Pundits, comedians, politicians and civilians alike recite war statistics so casually that it gives the feel of reading off a box score from the Sports Section. Even today, the framework of the narrative when it comes to the Middle East is disturbingly lacking in empathy. It is nearly impossible to turn on the TV and not see the talking heads on Fox scream that we need to beat ISIL, or see Democratic and Republican senators alike argue for boots on the ground to beat the terrorists. And even though the news channels have 24 hours to report, you will be hard pressed to hear them give a more sophisticated analysis of our involvement than “AHHHH WE MUST WIN AHHH.”

I agree that groups like ISIL and Boko Haram are horrible terrorist organizations, which use Islam as a sham justification for their terrible actions, and the world would be much better off if they did not, well, exist. However, we need to realize that we must try and help the people of the Middle East, and not just beat the terrorists that occupy their countries. That means doing more than just military strikes. That means caring less about winning, and more about helping out. That means using our military to defend schools, build infrastructure and help with other humanitarian efforts, rather than just going in, bombing cities, “beating” the terrorists and leaving. But none of that can be done until we stop treating war as a game, and that means putting a lid on our Big Gulp and leaving the cult.