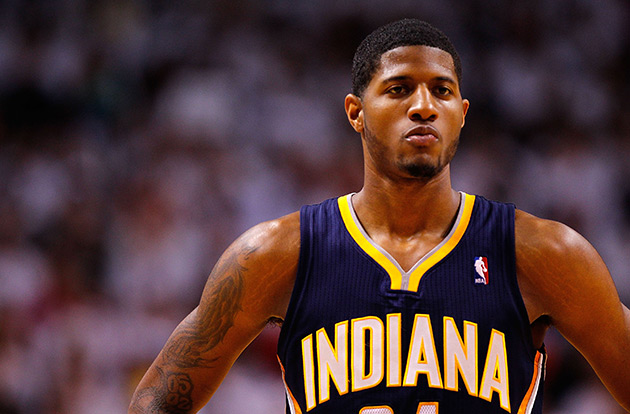 Welcome back for our final week of NBA Fantasy action! It is with a heavy heart that I type up this blog because of all the joy that I’ve had writing it week in and week out. I want to thank all of you for your readership, responses and loyalty throughout both the NFL and NBA seasons. I couldn’t have done any of this without you guys and your support means the world. Okay, no more tears, lets get down to business. It’s Championship Week!

​Congratulations to all of you managers in 9-cat leagues for finishing out your season strong and a special congrats to those of you who won your finals matchup. Unfortunately, if you only play 9-cat then you may not be reading this at this time because your season is sadly over. If you are in a head-to-head league though, your team is still very much alive. It is still championship week and you have to work till the last day of the NBA season.

​My championship matchup has me very nervous at this point, just about halfway through. I am currently up 1048-931.5, which is a nice cushion but when you are playing against a guy who has CP3, Damian Lillard, and Jordan Clarkson, that amount of ground can easily be made up. The upside that I’m hoping will hold me above my opponent is that he has used 16/17 of his matchups acquirements already with more than a week to go. In other terms, from now until the 15th he can only add/drop one player. Whether or not he knew this, I cannot say, but I am not complaining. Always be careful with how you pick up players and keep track of how many times you can do it, or else you’ll get Chris Paul Crossed!

​That’s right, the mighty leader of the Pacers is back and ready to go. He didn’t look too bad in his first outing, making a couple of shots and getting up and down the court well, but his minutes will be extremely limited. He had a good line with almost a point per minute but was only given 15 total so to say that he is worthy of a roster spot is sketchy. He probably won’t hit 30 minutes in any game this season. It’s good for the Pacers and for the league, but just not for your team. Leave the man be, or you might break your team like something else… (Click play with caution)

​I apologize to those of you without the strongest of stomachs. Injuries in general, especially ones of this caliber, are no laughing matter. I am glad to see that PG24 has made a full recovery, so now we can reflect on how competitive professional sports can be.

​Another player returning from injury! I’d post a video of the injury but when I searched for it, about five different ones came up. Go figure! The former MVP is planning to return to his team in need of some offense later this week, just in time for his playoffs, but too late for ours. Like George I’m glad to see him come back to the league, but we can only wonder for how long. He is of no use in fantasy so just sit back, relax, and watch him ruin the Bull’s chemistry. Good luck Jimmy B.

​A great stretch of games for this former Trojan. Side note: USC should really stop recruiting guys with those initials. But unlike the former Heisman winner, this OJ still has a professional career and he has made the most of it recently. He cream pied Boston for 24, 5, and 5 off of 9-13 shooting and sandwiched that game with a couple of steady offensive performances. Could be your go to guy in this time of need with his recent hot streak. Only owned in 3.3 percent of leagues, so he’s available.

​More initials I guess. Can’t parents come up with better names nowadays? Anyways, this young player will be given much more opportunity this week as the Blazers have a pretty stable playoff spot and D Lill and Afflalo will get some resting opportunities. As of late he has put up some great scoring numbers including a career high 27 points against my incredible Lakers. With playoffs approaching, many backups like him will be seeing a lot of minutes. CJ is owned in just 3.5 percent of leagues.

​Like McCollum, he will be seeing a ton of time very soon as Lamarcus has had too many injury problems this season to risk this week. LA will be given limited minutes and Chris Kaman has already been pulled out for rest. He is owned in 0.5 percent of leagues if you need him.

​I am going to regret publishing this guy because I know my Finals opponent is going to snatch him up, but this kid has been absolutely balling lately! His fantasy points in the last three games have been 33, 20, and 17. All well above the average player and above his average as well. Only owned in 2 percent of leagues so this guy’s hot streak is flying well under the radar.

​Once again, thank all of you so much for your continued support throughout this season. I really hope that my advice has lead you on the right track both in this season and in general for fantasy. Next year, you will look like a stud if you remember these techniques and draft accordingly. Make your goal to be so on top of fantasy that you could do my job for me. I’ll even split the pay with you. Thank you my fellow fantasy fanatics, it’s been one hell of a season.

Goodluck this week and for those of you feeling frisky, Ill see you for baseball season.