The Daily Nexus
Sports
UCSB Finishes Non-Conference Series with Sweep
April 6, 2015 at 5:10 am by Sarah Stigers 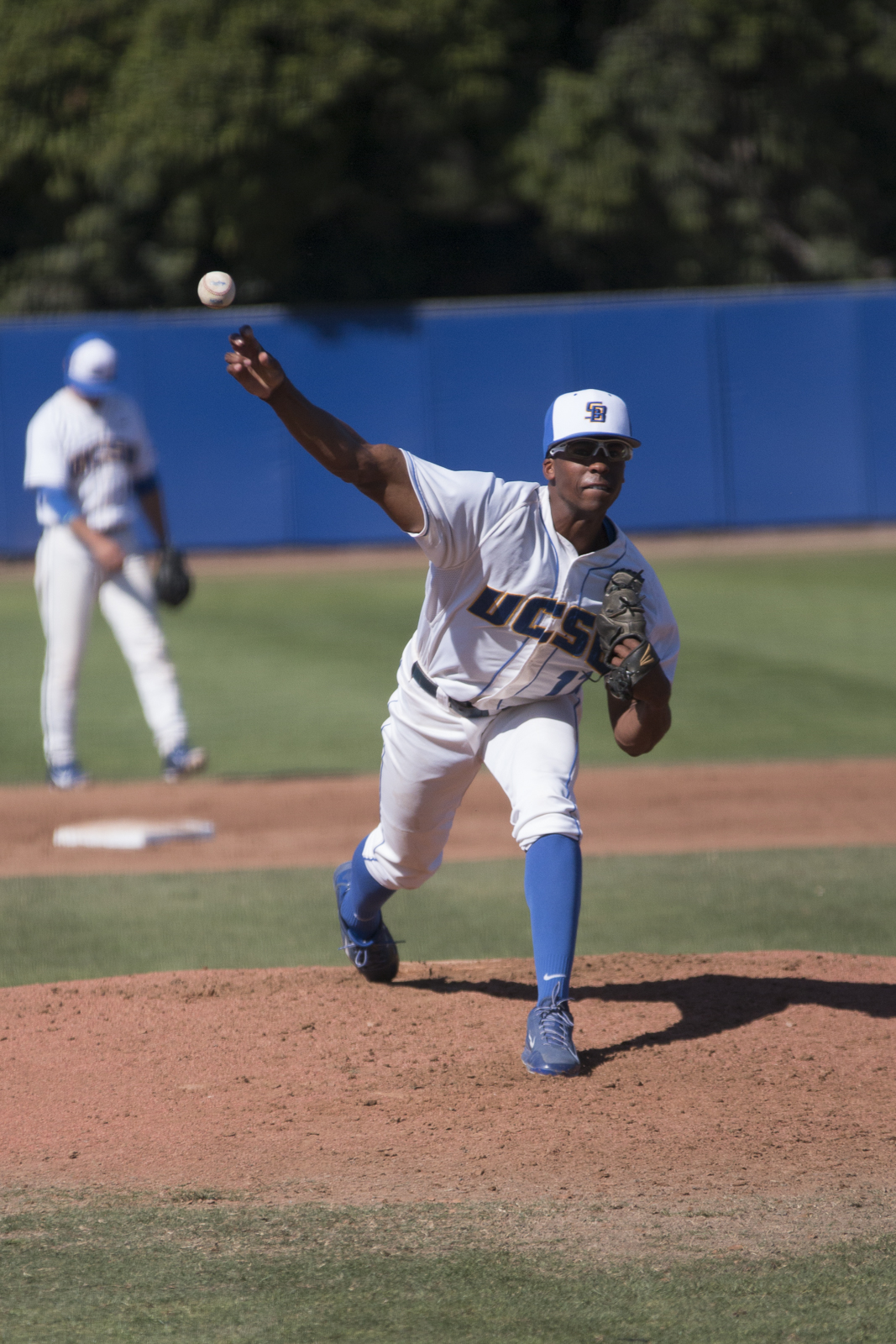 The UCSB baseball team added another sweep to its record as the team took four straight games over Fresno State this weekend, culminating with a 9-3 win over the Bulldogs on Saturday.

Saturday’s 15-hit game from the Gauchos left the team with a 2-1 Big West record and 23-7 overall, placing them not only second in the Big West, but No. 12 in the NCAA rankings. Fresno ends the weekend with a 7-5 conference record and 16-17 overall.

“This was huge; it was a good confidence builder to go 4-0 this week,” redshirt senior right fielder Luke Swenson said. “I think that we’re clicking and we have a good chance on Tuesday and then at Northridge.”

While the Gaucho offense put up 24 runs, the defense held the Bulldogs to just 11 in four games. All four starters had solid appearances. Sophomore righty Shane Bieber started on the mound in Saturday’s game. Bieber went for 6.2 innings and allowed 10 hits for three runs, recording seven strikeouts and his fifth win of the season.

“I need to just come out and attack the zone. I didn’t feel in the bullpen that I was very sharp, but I was able to pull it together in the middle innings,” Bieber said. “But it’s from the first to the third I need to work on.”

Freshman lefty Kyle Nelson came in for 1.1 shutout innings and recorded three strikeouts, then passed the ball to junior righty and utility player Robby Nesovic to close the game in the ninth.

“Robby was able to shut the door on Wednesday; he’s not super crisp yet, but he’s not going to beat himself. You’re going to have to beat him,” Head Coach Andrew Checketts said. “Joe Record was fantastic on Wednesday. We’ve had some guys that have been able to do their job and throw strikes.”

“I felt like I was seeing the ball well all week, I just got good pitches to hit today,” Swenson said.

In Thursday’s game, junior righty Dillon Tate took the mound for a full nine-inning appearance. Tate allowed six hits for only one run, and recorded eight strikeouts. Tate also currently holds the top spot in the Big West for both earned run average with 1.34 and in total strikeouts with 67.

“We’ve been winning games, but we’d like to be a little bit better. We’ve still got things to work on, but I think there is some positive stuff too,” Checketts said. “We’ve been better with two strikes and against left handed pitching. We need to keep our momentum and keep our confidence up.”

Junior lefty Justin Jacome started on Friday, pitching for 8.1 innings and allowing seven hits for two runs. Jacome has had five wins and one loss this season — he and Bieber are tied for third most wins in the Big West.

“I think this was a big week for us, Fresno is a pretty good team and they can hit, but we hit a little bit better,” Bieber said. “I’m excited for conference next week.”

The Gauchos will face USC for the second time this season on the road on Tuesday, followed by another road trip to Cal State Northridge for their second conference series this sea