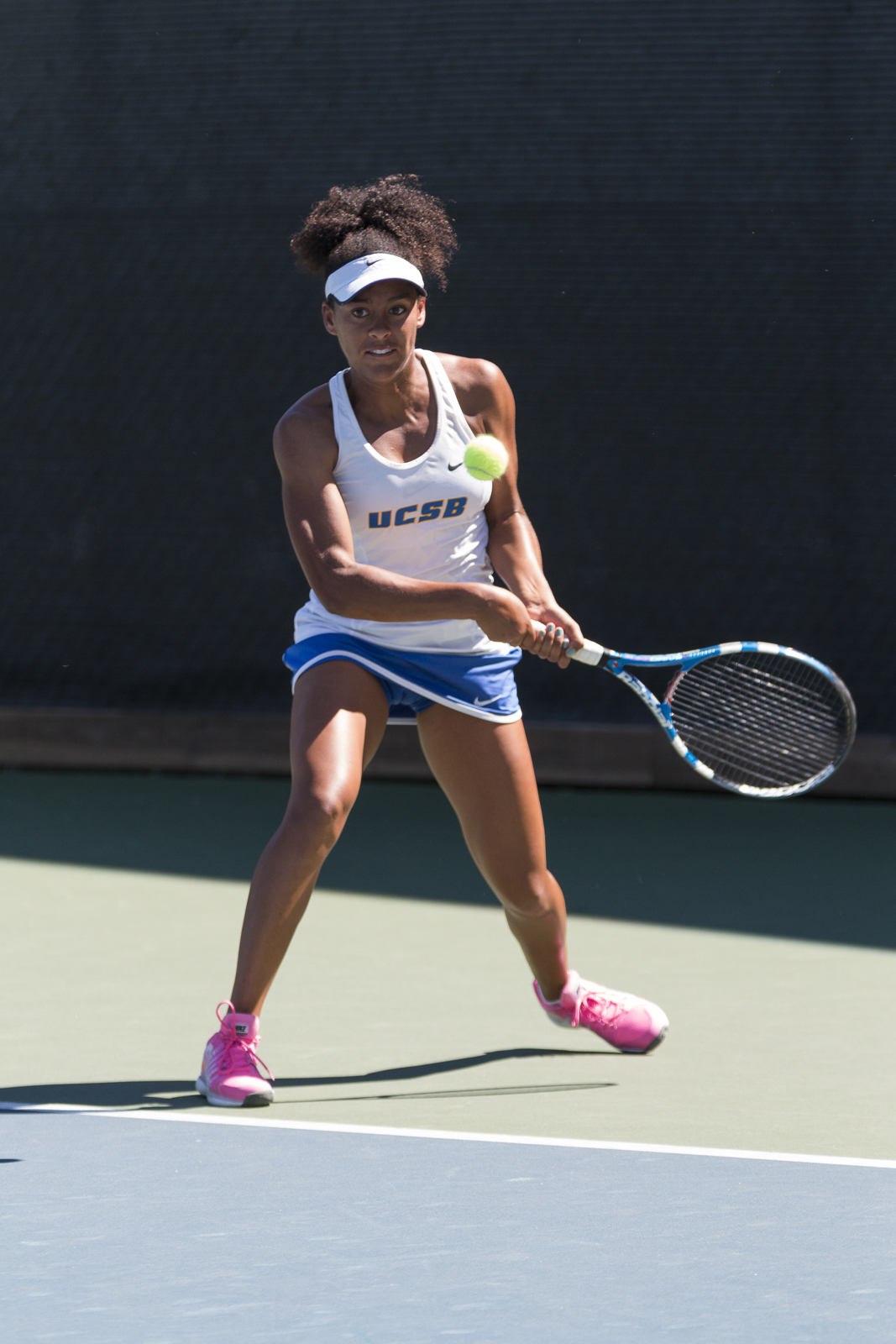 The UCSB women’s tennis team started off the weekend with a win against Cal State Fullerton without losing a single point, winning the match 7-0, before losing its first conference match of the season to UC Irvine, 4-1.

During Friday’s match against Fullerton, sophomore Jaimee Gilbertson and senior Stacy Yam got off to a great start on the No. 1 court with an 8-3 win over the Titans’ redshirt sophomore Emilia Borkowski and senior Jessica Pepa.

“Despite our [seven]-match win streak, we are determined to continue our success against Irvine this weekend,” Gilbertson said after the match, “and hopefully jump in the rankings even more.”

The Gauchos then went on to sweep the Titans, winning every singles point. On the No. 1 court, Gilbertson won 6-4, 7-5 against sophomore Alexis Valenzuela.

Freshman Natalie Da Silveira got off to a quick start, beating De Leon 6-1, 6-1, making her the first Gaucho off the court. On the No. 3 court, Baker was the next off, winning her match 6-0, 6-3 against Sanford.

Playing in the No. 4 spot, senior April Scatliffe won her match 7-5, 6-1 against freshman Danielle Pham, overcoming a rolled ankle in the first set which required medical attention before she was able to play and win the second. Yam beat redshirt sophomore Emilia Borokowski on the No. 5 court 6-1, 6-4.

“We’ll need to bring our A-game,” assistant coach Erica Cano said. “But it’s definitely possible to come out 2-0 and extend our win streak to 8-0.”

Candido beat the Titans’ Pepa 6-2, 6-1 on the No. 6 court, ensuring a complete sweep of the Titans for the Gauchos.

On Saturday morning against Irvine, UCSB started well, taking the first doubles match on the No. 3 court where Da Silveira and junior Priscila Garcia beat the Anteaters’ junior Andrea Duva and freshman Arisha Ladhani 8-6. The rest of the match was less than desirable for the Gauchos, who lost their first conference match of the season 4-1.

Yam and Gilbertson lost their first doubles match as partners this season on the No. 2 court to redshirt sophomore Mazy Watrous and junior Sarah Gong in a tiebreaker 8-7 (2). On the No. 1 court, Baker and Candido came close to taking the doubles point for the Gauchos, losing to senior sisters Kat Facey and Ali Facey 8-7 (4).

UCSB will be on the road this weekend for matches against Long Beach State on Friday and UC Riverside on Sunday.