The Daily Nexus
Volleyball
Volleyball Falls Short at No. 9 USC, Defeats Cal Baptist
March 30, 2015 at 5:10 am by Edward Moss 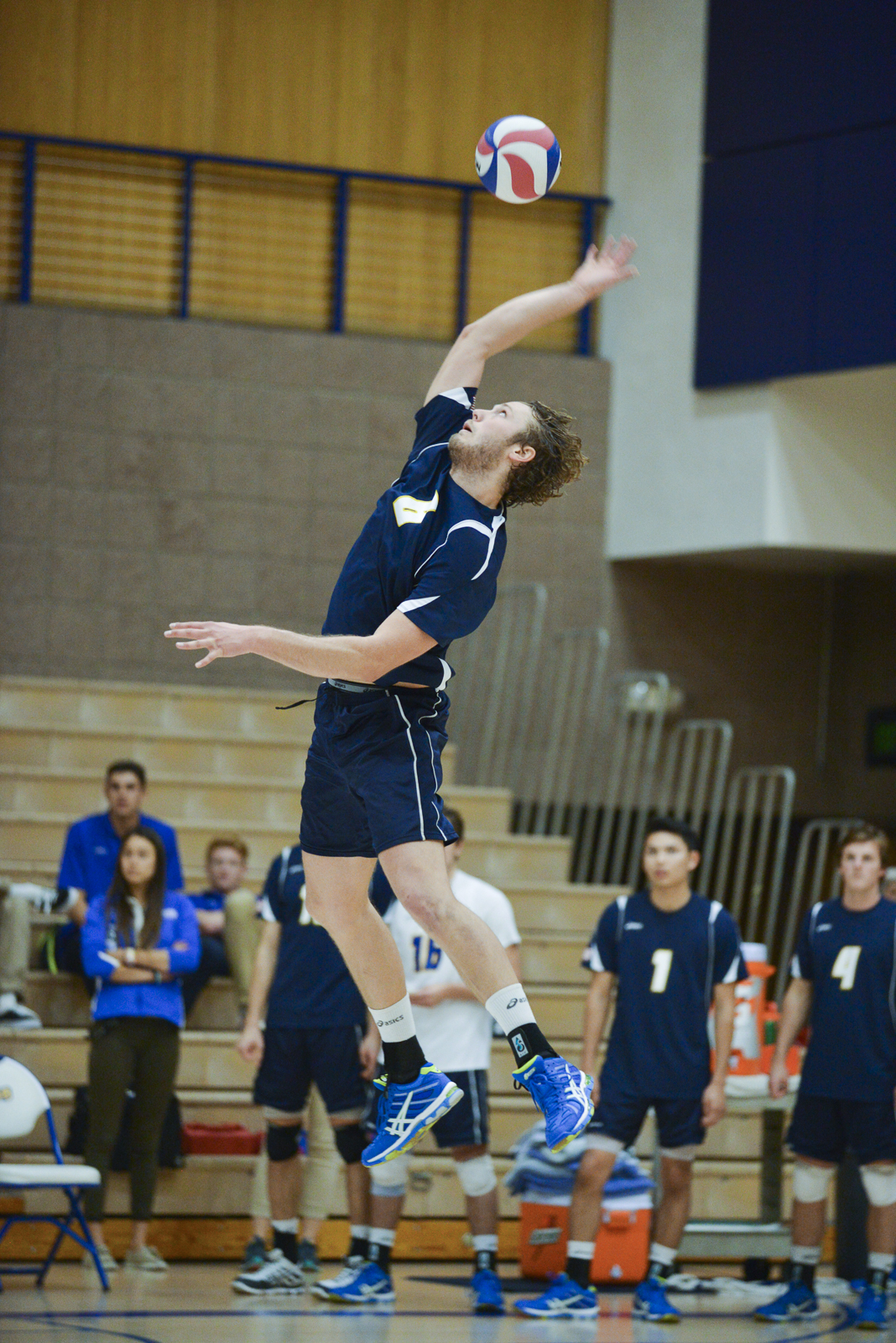 With one bitter loss and one easy sweep, the No. 7 UCSB men’s volleyball team ended this weekend with a split on a five-set loss to No. 9 USC and a three-set victory over Cal Baptist. After the matches, UCSB sits at 14–8, 10–8 in MPSF, looking towards the crunch time of the season where every match holds a huge weight of importance.

The Gauchos let the Trojans come back from a two-set deficit to win the match on Friday night. In a heart-breaking performance, the Gauchos won the first set 25–23 and the second set 26-24, and they looked like they were on their way to victory. Earlier in the season, UCSB defeated USC in its home gym, but the Trojans rebounded and weren’t going to go down without a fight this time out.

The Trojans took games three and four on 25–20 scores. Both teams were playing hard with so many digs on either side of the court and every point was a battle. Junior setter Jonah Seif led the Gauchos with 19 digs while USC’s senior setter Micah Christenson had 16 digs.

Senior opposite Cristian Rivera led the squad with 20 kills and sophomore middle blocker Andy Benesh added 16 kills with only two errors as the squad hit .395 in the fourth set to force a decisive fifth set with all momentum in the Trojans’ favor.

The fifth set was outstanding as there were six ties from 8–8 onwards, with neither team being able to break out for more than a one-point lead. USC had match point at 14–13 but redshirt sophomore outside hitter Jacob Delson and redshirt junior middle blocker Ryan Hardy blocked Rivera’s hit down onto his own side to tie the match.

Christenson then turned to USC junior outside hitter Alex Slaught to win the match as he had kills as 14–14 and 15–14 to win the match for USC. It was a match the Gauchos should have won and one that may impact their conference standings immensely at the end of the season.

The following night, the Gauchos had a much easier time against Cal Baptist with a 25–22, 25–18, 25–21 victory. Redshirt senior opposite Kevin Donahue led the Gauchos to victory with 10 kills, eight digs and three aces, leading the team in all three categories.

Redshirt junior outside hitter Spencer Buckley had a very strong game with eight kills and a .500 hitting percentage as the Gauchos hit .280 overall in the match. The Gauchos dominated with their net defense as they out-blocked Cal Baptist 9–3 on six block assists from Hardy and five block assists from Seif.

The win was a necessary bounce-back victory for the Gauchos after Friday’s loss and it gives them a positive match to build off of before a break this week. UCSB’s next match is on April 8 against No. 2 UC Irvine.