The Daily Nexus
On The Road
OTM On The Road: A Gatsby-esque Dinner in Aspen
March 9, 2015 at 5:00 am by Claire Nuttall 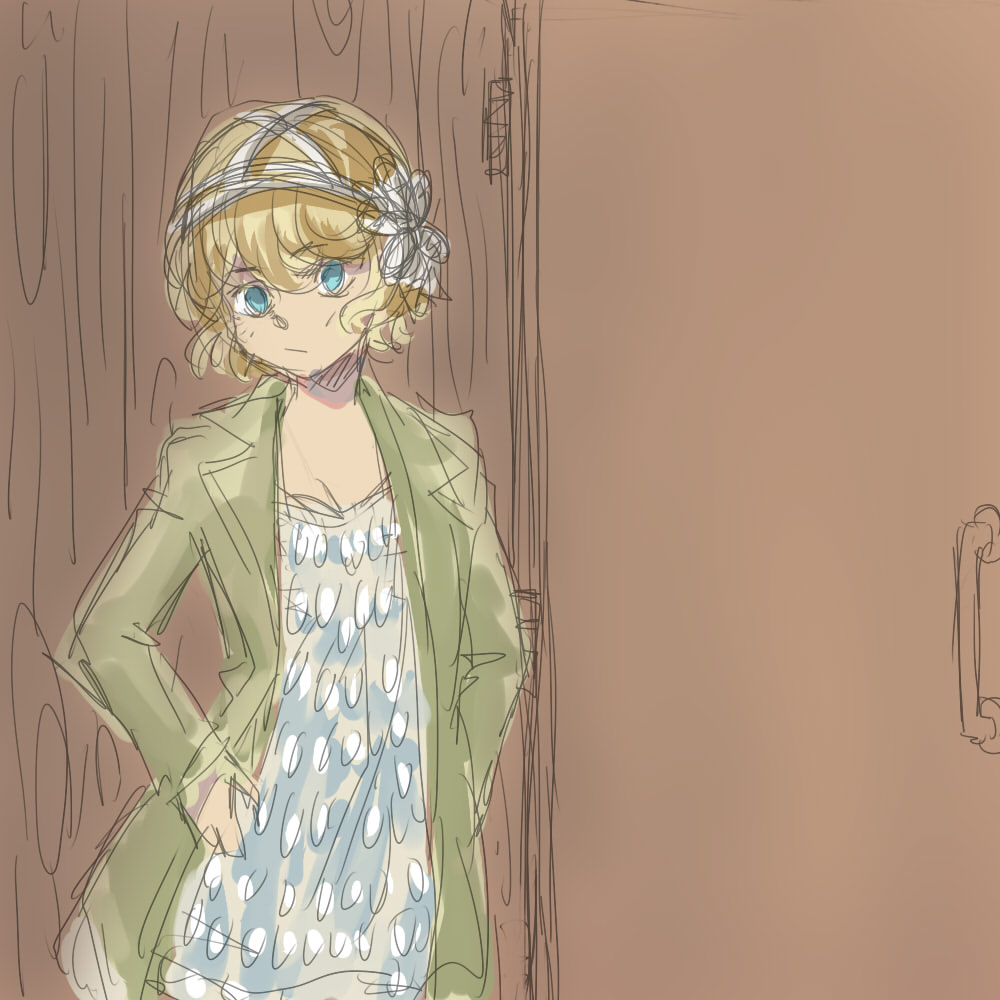 We scrambled into the car, our bodies exhausted and powdered with snow from the long day on the slopes. I pressed my nose to the cool window. Aspen’s neatly trimmed walkways gave way to vast, dimly luminescent fields. On the sides of the dark icy roads winding through the mountains, fresh snow was heaped into oversized mashed-potato mounds. My company, an eclectic combination of glossy Manhattan socialites, Brazilian skiers, El Salvadorian strangers and a sweet, wrinkled Colombian woman swaddled in woolen scarves up to her eyes, warmed the car with their words. Their Spanish ran in eager, lilting flavors that I didn’t understand. The drive was long, but the icy landscapes and hot dialogue passed quickly.

We arrived, to nowhere in particular, in a flood of strangers everyone else seemed to know. The restaurant, a little log cabin tucked into the far corners of the valley like a secret, was still miles away. It was unreachable by car, so while half of our party wedged their feet into cross-country skis, the rest of us bundled our swollen, woolen bodies into a horse-drawn sleigh. We slogged forward. The dark cover of trees broke into a massive, sprawling valley, fiercely bright with moonlight. I opened my eyes wide in the dark, hungrily taking in the expanse of impossibly pale blue snow. We rode in a reverent silence until a small yellow light crested the horizon. The voices around me erupted once again in a low hum of excitement.

Inside the cabin, the ice on my lashes thawed to freshwater tears. Hands blue from the cold tugged at the humans’ black and brown coats. In the wide room’s low, warm light their polyester skins gave way to a shimmering spectrum of pale silks, pearls and pressed linen. The rich, earthy notes of hot apple cider replaced the sharp scent of snow. I lingered near the doorway in my damp coat, glancing around mostly unfamiliar faces for a spot among the plush, dark leather seats and rough-hewn wooden tables. The restaurant was the inverse of its icy, aloof exterior. The low ceilings met dark paneled walls adorned with woven red tapestries and mounted deer heads. Aside from the staff in their dark, pressed uniforms and the thinning stream of people from the sleigh still trickling in, shedding layers and kissing, the room was empty. It had been reserved entirely for us. I felt distant and out of place among these statuesque creatures in this candlelit cavern miles into the woods. A pair of hands, blue from the cold, tugged at my sleeve. I let my sense of unease and the damp coat fall away into my friend’s arms, grateful for the sight of a familiar face.

A handful of girls broke away from the growing crowd. Their glossy, sticky lips touched against my numb cheeks. Servers led us to join twenty or so people my age at a long table on the far side of the room and slipped thick parchment menus into our young hands. At first we spoke college, career, internship, energetically feigning direction. Soon though, we broke into the bread and past the stiff formalities that white table cloths so often encourage. The girls from Miami asked about living in San Diego and the Colombians spoke about the surf. We laughed at the New Yorkers and at the differences in our accents and in between mouthfuls of sourdough sounded out vowels like an American to the British girl howling with laughter. I eagerly gulped in their words and the red wine someone had ordered for our table, warm with it all. 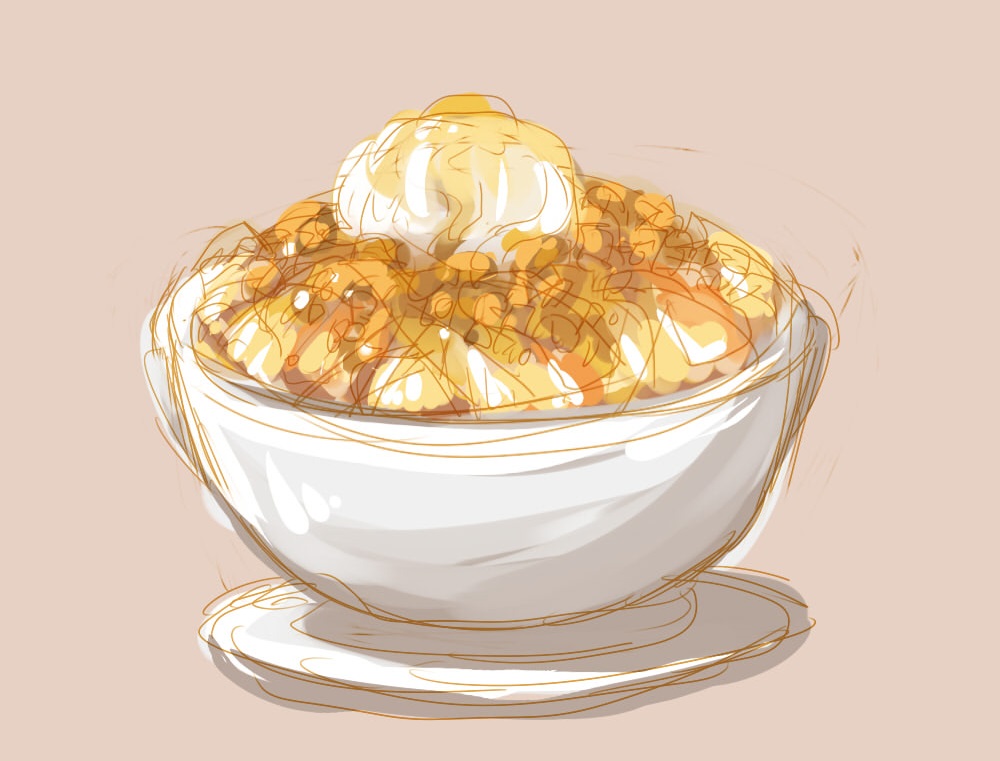 Tangled up in the conversations weaving between tables, I was surprised by the waiter that materialized to take my order. I asked for the first things my eyes touched on the menu: the winter cookhouse salad for my first course and a ricotta ravioli for my second. The staff were quietly attentive, slipping silently into gaps between our elbows to replace forks and refill the dark wine and sparkling water. The first course appeared just as instantaneously as the server. I eagerly dug into the organic winter greens gently sugared by candied pistachios and dried cranberries.  My company was of that generous breed of human that traded their delicately arranged dishes like snacks at recess. I gratefully accepted a couple bites of the smoked trout filet and tomato fondue and a spoonful of creamy butternut squash soup, my lips still sweet with my salad’s maple-balsamic vinaigrette. I bit into a thick dumpling I assumed to be the Nepalese-style momo and reeled at the tangy taste of fresh game. The conversation dropped away from me and I happily let it, sinking sleepily back into the chair’s thick leather.

The second course passed in much the same way. My ricotta ravioli, savory with wild mushrooms, oven-cured tomatoes, wilted spinach and lemon butter sauce was quickly whisked away and replaced by another dish. Hands reached over hands to pass buffalo tenderloin, roasted natural chicken and rainbow trout with rosemary fingerling potatoes across and around the long table.

The third and final course lacked the previous chatter. I consumed my Granny Smith apple crisp, gooey with cinnamon ice cream, with silent delight. Needless to say, none of us offered to share our desserts.

The journey back was different. We slogged across the same surreally radiant valley, mesmerized by the moon’s heavy form and the sheer volume of stars. But the anticipation was gone, replaced by a fullness that spread beyond our bellies.