The Daily Nexus
Volleyball
No. 8 Gauchos Look to Bounce Back After Irvine Loss
March 4, 2015 at 5:09 am by Edward Moss 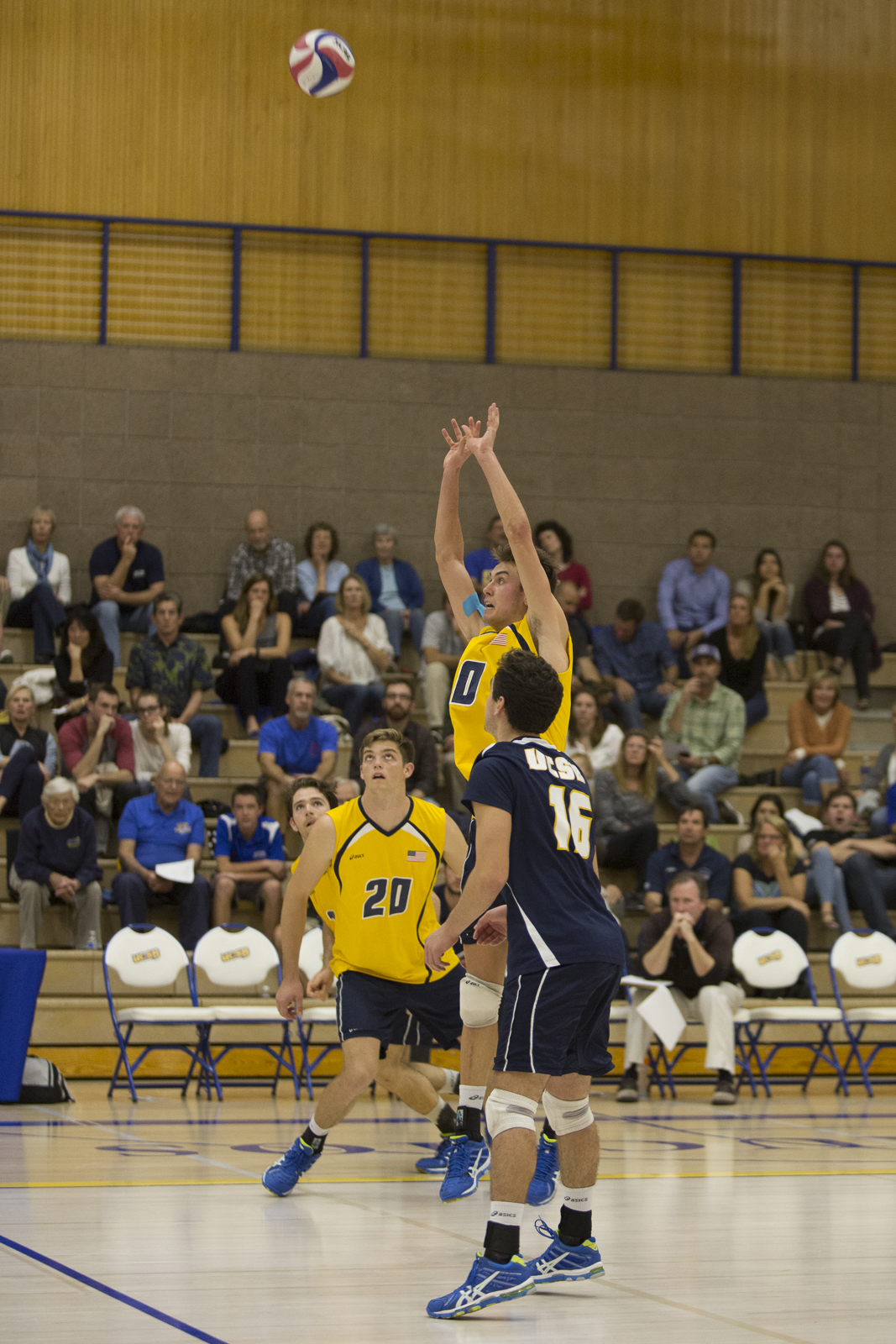 ​What’s the best thing to do after a win streak ends? Start a new one.

​The No. 8 UCSB men’s volleyball team hosts No. 10 Long Beach State tonight in the Gauchos’ first match after losing to No. 3 UC Irvine on Saturday — a loss that ended a five-match winning streak and 14 consecutive games won by Santa Barbara.

​“The morale of the team is good right now. Irvine is a tough match and we can’t hang our heads after the loss,” senior outside hitter Kevin Donahue said. “We are only thinking about Wednesday’s match … it would be nice to start another win streak at home.”

​It’s a two-match week for the Gauchos as they take on the 49ers tonight, followed by a match against No. 14 CSUN on Friday. UCSB, now 7-6 in conference and 11-6 overall, previously defeated Long Beach earlier this season in four games, but it suffered possibly its worst loss of the season to the Matadors only two days prior. ​

Long Beach will be looking for the victory after going down in four games last time to the Gauchos. The 49ers are 8-8 overall this season with a 5-8 conference record and they have lost their last four matches.

​“They’ll be hungry for the win and we can’t let them get into the game,” Donahue said. “We didn’t side-out well enough against Irvine. We want to serve tougher and side-out better in this match.”

​UCSB has a strong starting lineup that has a lot of versatility. In recent matches, redshirt senior Weston Nielsen has been playing in the opposite position with Donahue playing as an outside hitter, but their roles were reversed earlier in the season. Both players, along with sophomore outside hitter Jacob Delson, are prepared to hit on either the right or the left side of the net.

​In order for the Gauchos to have great success, they will have to continue passing well. Siding out was a problem for Santa Barbara against UCI, so pressure is on freshman libero Hayden Boehle to step up and take control of the defense. Boehle is averaging 2.08 digs per set to lead the team with Delson in second at 1.73 digs per set.

​The Gauchos are excited to be back in their home gym as they begin a four-game homestand after playing five of the last seven matches away. With its 8-2 home record, UCSB has shown that it feeds off the energy from the home crowd.

​“We want to play the same type of volleyball wherever,” Donahue said. “Home is electric and the fans help us out. We are comfortable in Rob and we love playing there.”

​The Gauchos hope to begin a new win streak tonight against Long Beach at 7:00 p.m. in Rob Gym.