The Daily Nexus
Literature
Then I Won’t Seem So Far Away: UCSB Alumna Writes Memoir on Studying Abroad in Europe and Life in Isla Vista during the ‘70s
March 3, 2015 at 5:36 pm by Erika Lee 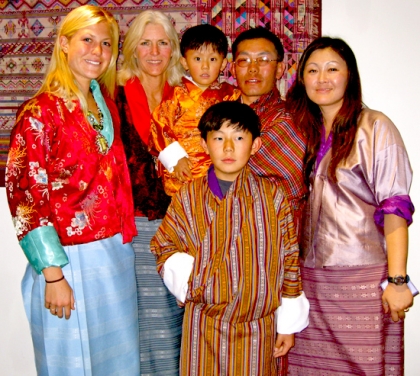 If you took our beloved UCSB campus and quaint Isla Vista town back to 40 years ago, could you imagine what it would be like? In her new memoir, Then I Won’t Seem So Far Away, Peggy O’ Toole, an alumna of UCSB and local author, tells of her experiences traveling abroad and living in Isla Vista during the 1970s. Chronicled through previous letters written to her mother, O’ Toole takes a walk down memory lane — a truly unpredictable and revolutionary time period marked by radical movements, drugs, oppression and free thinkers.

O’ Toole’s coming-of-age story opens with the infamous Isla Vista riots, then leads into her 15 months traveling abroad, starting from France with UCSB’s Education Abroad Program and ending with adventures hitchhiking across Europe and North Africa. This page-turner delves into the mind of a naïve and honest young teen as she sees the world and meets people from all walks of life.

A treasure for readers of all ages, older audiences will be inspired to reminisce on wonderful and crazy memories of their youth. Younger readers will be able to feed their curiosities of the ‘70s and develop a greater knowledge and appreciation for historic events. A memoir that is both entertaining and insightful, Then I Won’t Seem So Far Away is a must-read for any UCSB student, parent or person who desires a little adventure.

The Daily Nexus caught up with Peggy O’ Toole, former Gaucho and globe-trotting author extraordinaire. In the interview, she opened up about the process of writing a memoir, the UCSB community in the ‘70s, long distance relationships and historical changes in social justice.

Erika Lee: You’ve written Then I Won’t Seem So Far Away recently, but your experiences abroad were from over 30 years ago. How were you able to recall everything so vividly?

Peggy O’Toole: I attended a class on memoir that taught a lot about the craft of writing one. There is storytelling in it … because nobody has that kind of memory. My memory came from reading the letters [to my mother] and the feelings that the letters evoked. I would read the letters and the memories would spin itself.

I had to put two or three characters into one character. The prick from the bus and the one that made fun of my short pants was personified as that type of character I wanted to portray. There were certain experiences I wanted to pull together — they mostly came from the letters.

Bill, one of the characters, sent a digitized album from our entire trip. I didn’t have these photos, so I was able to compare the photos to my memories. It gave me more confidence to what really happened.

EL: The ‘70s were known to be a volatile time period full of war, drugs and riots. How do you think this time period and the events that occurred during it affected the UCSB community as a whole?

PO: The events definitely put us on the map. It brought the community of Isla Vista together. When The Bank of America in I.V. was burned down, they built Perfect Park in its place. It gave voice to our generation. There was a both a positive and negative side. There were the peaceful hippies that wouldn’t hurt anybody and there were the revolutionaries, who were more destructive. If they wanted change, they would burn things down.

EL: When you say voice for your generation, what kind of voice are you referring to?

PO: Questioning authority. So much money was spent on war and killing that our generation wanted to have something to say. There were so many great things that came out of UCSB — they created Earth Day and gelled the community in a positive way. There were rallies to support gays, women and African-Americans. Our generation and many UCSB students today have an intent or purpose to make the world a better place.
EL: Speaking of positive changes, there were many instances of women receiving sexual harassment from men in the book. What are your thoughts on the lack of awareness for rape culture then, compared to the progress in women’s rights now?

PO: We thought we were changing the world back in the ‘70s. We thought women were being liberated and free, we had the attitude. But there were so many things going on that guys got away with, like date rape. Because of the sexual freedom associated with the time period and European culture and the emergence of “the pill,” many if not all instances of harassment weren’t reported. Women just didn’t have the voice they were trying to get at the time.

EL: If your current self could tell your college self anything, what would it be?

PO: I would encourage myself to continue on, to explore and to push limits. Another thing would be to be more confident in what I was doing. But I think that just comes with age. I’d be a mom and say, “Be safe, but travel and adventure with openness. Don’t do drugs or hitchhike!” But, I don’t regret anything because it was good in helping me grow.

EL: In the letters written to your mother, your younger self withheld from disclosing the details of your crazy adventures abroad. Do you think that by revealing them in your book, you are in a way opening up opportunities for your children to relate to you and feel more open to sharing personal things with you?

PO: When I wrote the book, I put my children out of my mind. The only thing I focused on was what it was like to be that age and put myself back in that age. I have three daughters, and I didn’t know how they would receive it. Though it was not my intention for writing the memoir, it was good to hear that they enjoyed it. We all have a very open relationship.

EL: In the book, and oftentimes in life, studying abroad can ruin relationships. Do you believe that after seeing the world and accumulating so many new experiences, people can grow out of each other? Or do you think it has no effect on unwavering love?

PO: Yes to both questions. I know many people who had spent a year abroad and have kept it alive and gotten married or stayed together. My daughter went to Education Abroad eight years ago and many of her friends all remained faithful to their significant others. But yes, it is also possible to grow apart. But even when the attraction or romance is no longer there, it is possible to still be united spiritually and have a bond.

EL: What kind of timeless advice would you give to a student that wants to make the most of studying abroad?

PO: Study more. Study the language before you go. Be open to new experiences. Prepare, but be open for the unexpected. That’s life. Be open to things that are different. Be proud of who you are and always stand up for where you’re from.

All proceeds from Then I Won’t Seem So Far Away will be donated to scholarships for UCSB’s Education Abroad Program when bought through createspace.com/4789985.