The Daily Nexus
Music
Gorgon City or (The Unexpected Virtue of Venue)
March 3, 2015 at 5:44 pm by Artsweek Editor 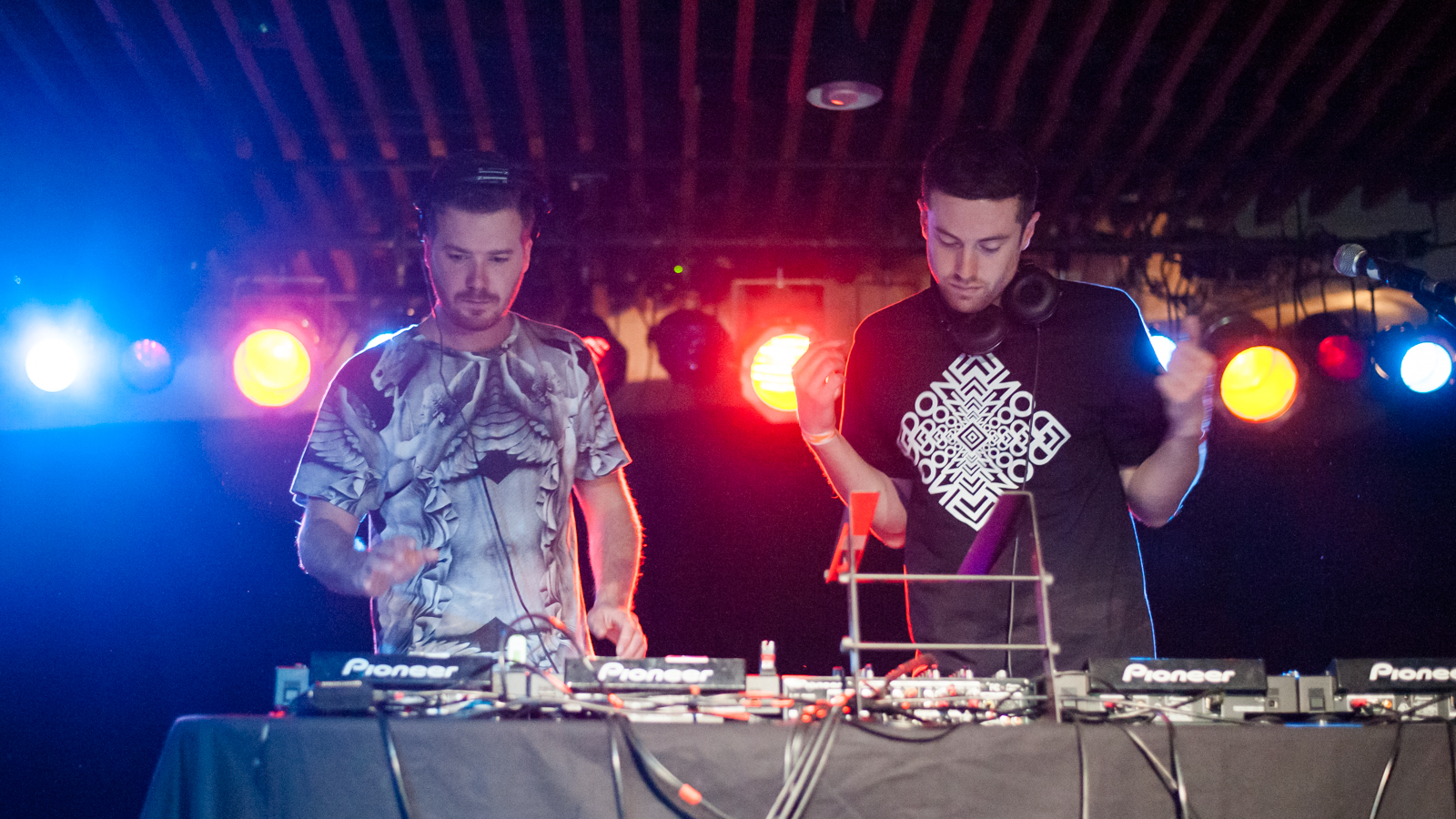 As John Legend and Common (aka John Stephens and Lonnie Lynn) accepted their Oscars on Sunday, Feb. 22, I threw on a jacket and headed over to The Hub to catch Gorgon City, a pair of London DJs. I wasn’t very familiar with the duo. My knowledge of them consists of a few listens to some of their hits on Spotify, but the concert companion I’d met through a mutual friend was a big fan. We talked about them and some of our other favorites of the genre as the show started up.

The scene was typical dance music fare, with chains of girls holding hands and excusing themselves as they squeezed through the crowd, clumps of super-hyped guys jumping up and down and the small pockets of space between them all adopting the warm stench of beer-breath and armpits. As the opener, DJ Tsounami, played through his set, the crowd got into it in varying degrees, some standing still (save for a few granted head nods), some hypnotized in full limb-swinging frenzies and some not paying much attention as they crowded around the beer garden. Tsounami had a cool enough sound, upbeat and easy to vibe to, but generic in its house-iness. In a smart showman’s move, he played remixes of tracks he knew the audience would be willing and able to sing along to, including Diddy’s “Last Night,” because everything is sicker when you know the lyrics. The music wasn’t particularly memorable, but it was fun, and it got people moving.

The palette prepared, the main act took to the little stage to hop right into their set. Gorgon City has a fun, high-energy sound reminiscent of Disclosure, but they don’t take as many musical risks as that other English duo. In today’s clogged EDM landscape, a certain degree of uniqueness and creativity is necessary to make something that won’t get lost in the techno mire. While their tracks contain pop-y hooks that easily get stuck in your head, they won’t get stuck in your mind. It’s music to dance to, not to think about.

And though there’s definitely a valuable place for that type of sound, that place isn’t the Hub on a Sunday night. EDM is best enjoyed in big venues with bigger crowds, environments in which it’s easy to lose yourself in favor of a oneness with the people around you, uninhibited enough to give in to the shared experience. The Hub on a Sunday night is an intimate setting, but Gorgon City is not intimate music.

EDM is intentionally and purposefully impersonal. If it weren’t, people wouldn’t be able to lose themselves in the moment. Especially when so many DJ sets consist of dudes pressing play on a laptop and pumping their fists in the air, so much of a performance is contingent on the spectacle, the bass that shakes the earth and lights that stun the mind.

Gorgon City’s music wasn’t exciting enough to get into its unornamented presentation, the Hub wasn’t equipped with the capacity or the technology to make up for that and I wasn’t intoxicated enough to make up for that. At the times where I did let myself blend into the crowd, hands in the air, jumping up and down, it felt more as if I was acting out a dramatization of what a junior prom dance floor looks like rather than enjoying a set by accomplished professional artists. Under the right set of circumstances, I could imagine having a blast at a Gorgon City show, as many of the concertgoers certainly did, but sober in the Hub with a 9 a.m. the next morning weren’t those circumstances.

Basically, Gorgon City makes simple, pop-y dance music with a potential for fun that couldn’t be maximized in a venue as small as the Hub. The DJs, staring at their laptops, played good-enough tracks that got people dancing, but in a way more suited for a high school auditorium than a rave or music festival. This left me overall underwhelmed; the thought that I would have rather sat in my dorm watching “Birdman” win its Oscar than see famous DJs performing proves how important venue and setting are in the art of live music.