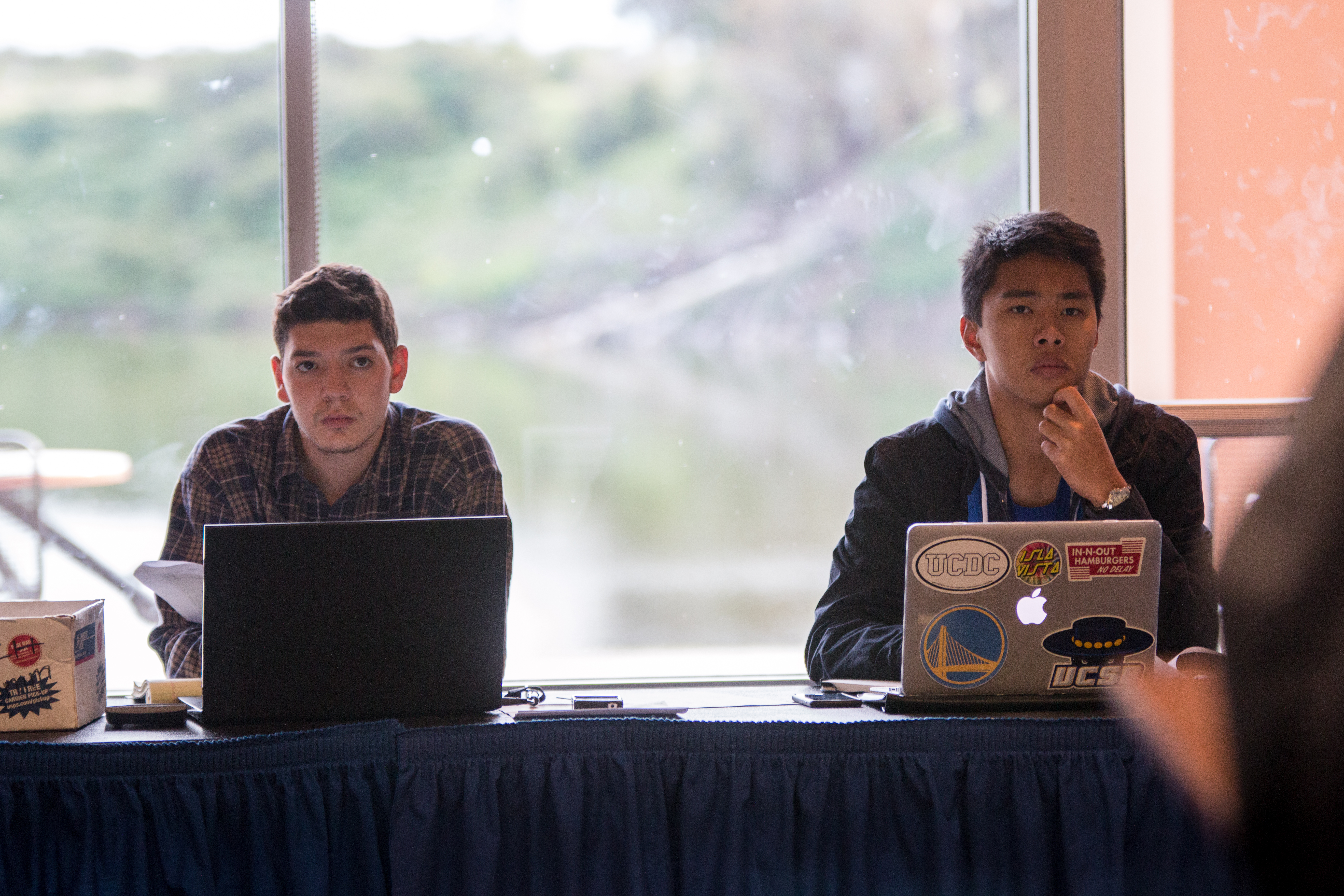 Fully funded groups included Sigma Phi Epsilon for $4,744, Mab Production for $570, Art History Graduate Students for $100, Black Student Union for $5,000, Off-Campus Senators for $70, Collegiate Senators for $100, American Institute of Chemical Engineers for $616, Society for the Advancement of Chicanos and Native Americans in Science for $914, Environmental Affairs Board (EAB) for $900, UCSB Model United Nations for $1,862, Society for Accessible and Safe Spaces for $4000, Khmer Student Association for $1,282, Black Quare for $300, Underwater Rugby for $250, Muslim Students Association for a $330 reallocation and American Indian Association for a $346 reallocation.

“She will come to talk about environmental justice and social justice,” Vance said. “It will be really awesome to have her here to talk with students.”

Sigma Pi Epsilon will be using $4,744 for three different events: a cook off, a benefit concert and football games at the Recreation Center. Art History Graduate Students will be using $100 for their 40th Annual Symposium, “Truth Claims,” on April 24 and the Black Student Union will use $5,000 for honoraria for an event called “OUT in the NFL: An Evening with Michael Sam,” the first openly gay player to be drafted by the National Football League, on April 7 in the Hub.

Board member and double major in history of public policy and political science Jerel Constantino said he thinks the high fund request for honoraria expenses is justified.

“If we want these people to come, then there is a price,” Constantino said. “We ask and we would be showing that we are willing to pay someone like him who is an inspiration.” 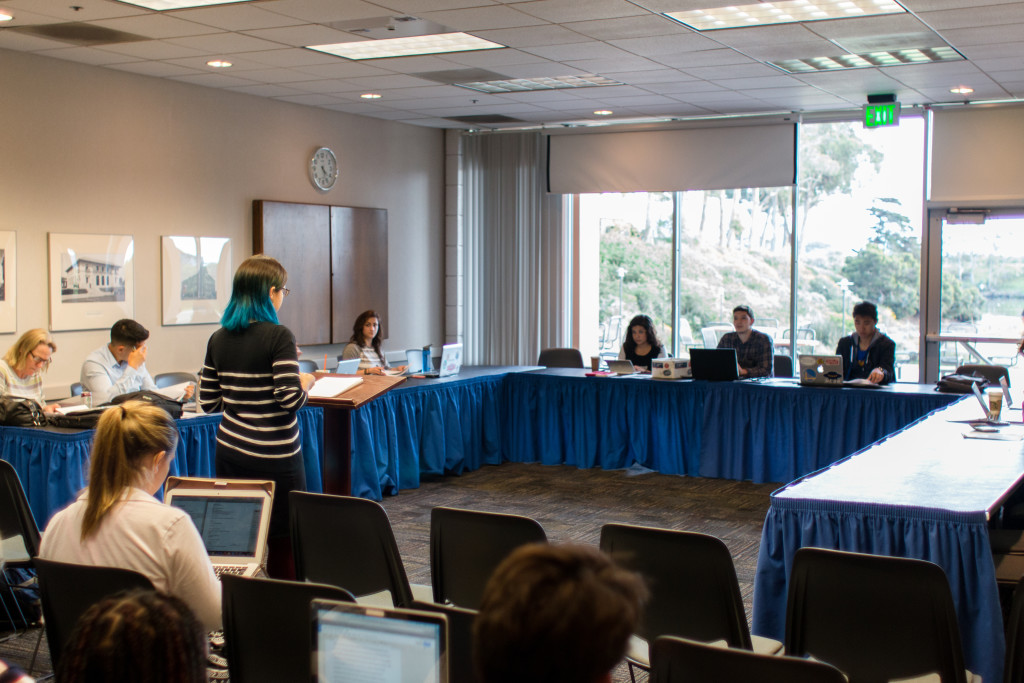 Board member and second-year physics major Liam Stanton disagreed and said organizations should not ask for thousands of dollars in honoraria expenses from the committee.

“Speakers come speak for however many hours, maybe two hours, three hours — it is 10 times normal any salary or wage any normal person would work,” Stanton said, “I think thousands of dollars just to come stand and talk or even just to answer questions for a couple hours is obscene; I mean, it is executive-style pay. I do not think student fees should be subsidizing CEO-style pay.”

Junior chemical engineering major and External Vice President of UCSB’s AIChE student chapter Benjamin Hawkins said the American Institute of Chemical Engineers will use $616 for a lunch with faculty on May 13 in ESB 1001.

“This event seeks to have students talk with professors about research internships, to get to know them better — you know, just generally getting to know your professors,” Hawkins said. “The event is for 48 attendees; seven professors will be attending.”

Black Quare will be using $300 to send 10 people to UC Riverside for the Black Out Conference, Underwater Rugby will be putting $250 into their start-up fund and the Khmer Student Association will put $1,282 toward their 10th-annual Culture Night.

According to third-year political science major and Khmer Student Association Co-President Michelle Chea, the event will be include a documentary about Cambodian culture along with cultural performances featuring song and dance.

“This year we will be having large performances, dancing and singing to showcase Cambodian culture,” Chea said, “For the night of the event, we are showing a documentary that is expected to be 30-45 minutes long and we will have dance performances from people in the club in additional people to expecting to collaborate with some of the dance groups on campus. Last year we had Black Reign and UCSBreakin’ perform for us.”

UCSB Model United Nations was not funded $1,862 because they have already received the maximum amount of money they can receive from the finance committee during Spring Quarter.