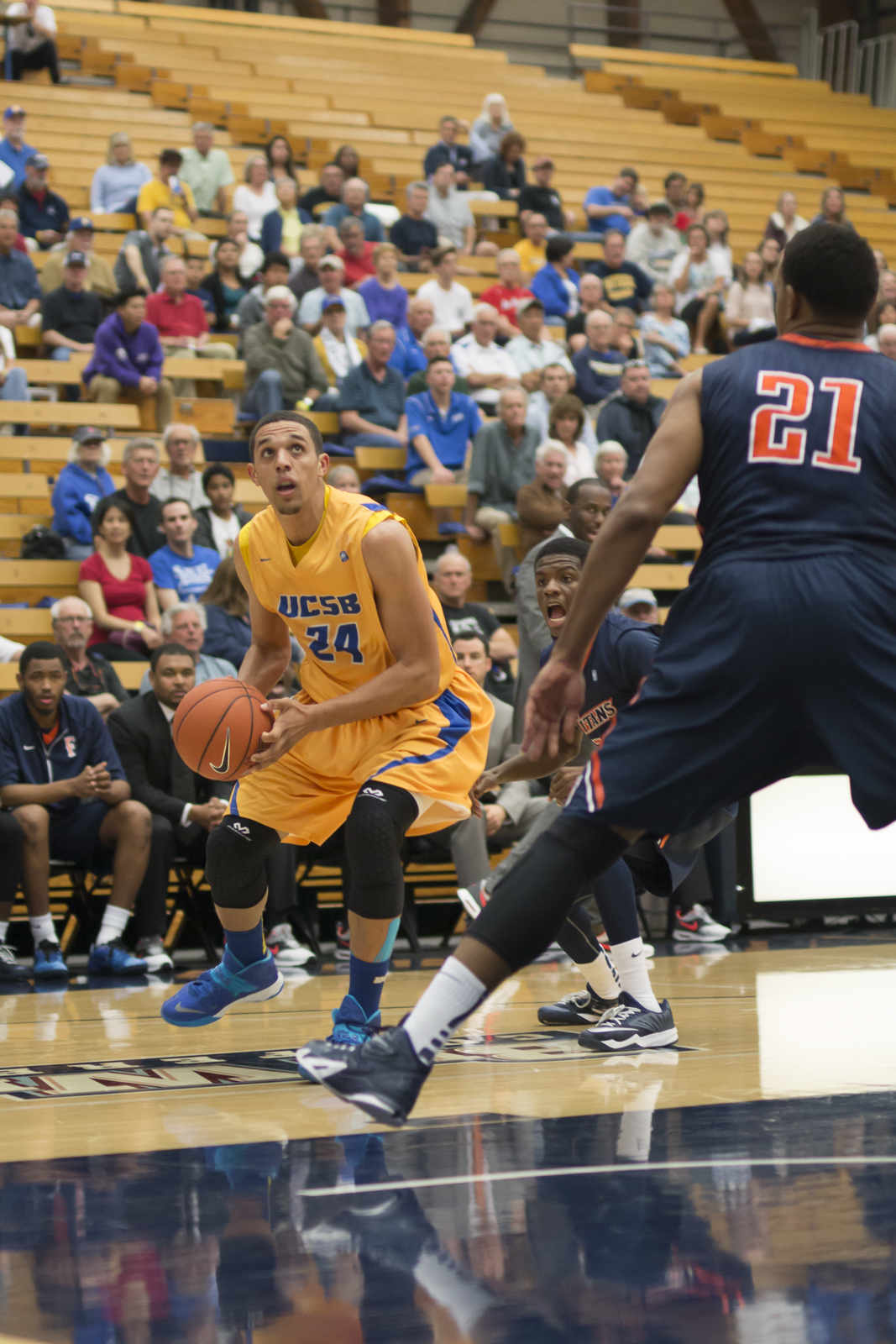 The UCSB men’s basketball team earned a huge win Thursday as it defeated Big West leader UC Davis by a final score of 74-60 at the Thunderdome.

“[UC Davis] is an incredible team and they shot the ball well tonight, but just didn’t have the three ball,” Head Coach Bob Williams said. “We did a great job tonight getting the ball to the open guys and those guys knocked down shots.”

After winning the opening tip-off, the Gauchos went straight to work as senior center Alan Williams scored the first two baskets for UCSB. UC Davis would knock down two opening threes, however, to take the early lead.

After both teams traded baskets, junior guard John Green would slam home a dunk and UCSB followed by forcing a turnover at the other end. Junior guard Michael Bryson would cap it off with a momentum swinging three-pointer to give UCSB a 16-10 lead with 12:60 left in the half.

However, the momentum would fade, as junior forward Josh Fox would sink two shots and sophomore center Neil Monson added a basket and a free throw for UC Davis. The rest of the first half seemed to go back-and-forth and the teams would eventually end in a 30-30 tie.

The big story for UC Davis was its stellar field goal percentage of 50 percent and a perfect 8-8 mark from the line. For the Gauchos, their eight offensive rebounds and 10 forced turnovers led to a multitude of stops and second chances.

Green was on fire to start the second half, scoring 11 points in the first five minutes of action. Coupled with a jump shot from Williams and stingy defense, the Gauchos would climb to a 43-36 lead with 14:52 remaining.

“It was a tie game at half playing against the number one seed,” Green said. “I know I need to step up for the team and luckily I had the ball in my hands and made the right decisions.”

With momentum swinging heavily to UCSB, UC Davis tried its best to get back in it with a jumper from sophomore guard Darius Graham and two made free throws from senior guard Avery Johnson to cut the lead to three.

Yet, the Gauchos were relentless on both ends of the floor and seemed destined to put this one away. Junior guard Michael Bryson would get hot hitting two threes and junior guard DaJuan Smith would add a layup to propel the gauchos to a 48-40 lead with 12:51 remaining.

UC Davis would once again try to climb back and after two made free throws and a jumper from Fox, the Aggies got to within four with 9:50 left. However, this is as close to a comeback as the team would come.

Williams, Bryson, and senior guard Zalmico Harmon would continue to score and stifle any UC Davis rally. Harmon added three crucial late free throws and Williams scored the last three points of the contest to seal the deal for UCSB.

“The officials weren’t making the calls this game, but that’s just part of the game,” Williams said. “At the end of the day my focus is about coming out and helping the team to play our best and get the win.”

Bryson scored a game high 20 points for the Gauchos and Williams earned a double-double with 15 points and 16 rebounds. Overall the team shot 49.2 percent from the field and forced 16 turnovers.

The Gauchos will be back in action this Saturday as they host UC Irvine at 9 p.m.