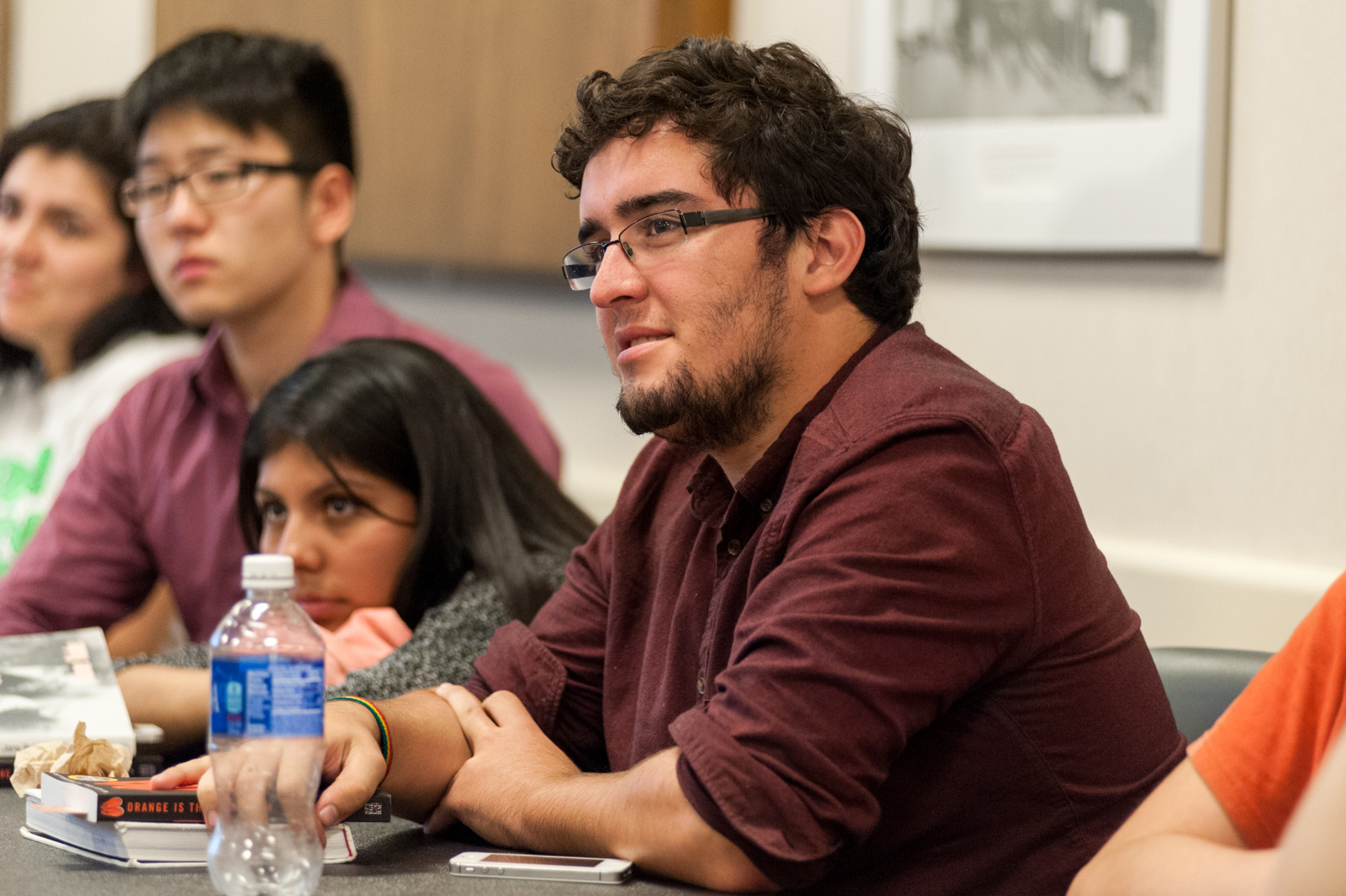 The Associated Students Senate met Wednesday night at the Flying A room of the UCen to discuss resolutions regarding the support of curricular changes in general education, senators’ workload, developments in the i>Clicker rental program, recent grants from the Finance and Business Committee and the development of an A.S. lobbying group.

The meeting included a debate regarding whether an additional gender and sexuality course should be required for graduation. A.S. Controller and fourth-year electrical engineering major Amir Khazaieli updated the senate on the i>Clicker rental program and continuing issues as the program prepares to be launched. Finance and Business Committee Chair and fourth-year communication major Jimmy Villarreal outlined funding the committee has allotted to student groups this year.

Senator and fourth-year anthropology major Carlos Lopez informed the senate of developments in Assembly member Das Williams’ Isla Vista self-governance bill AB 3, introduced in the state assembly to make I.V. a Community Services District (CSD). Lopez said the recent issuance of a letter of concern from the Local Agency Formation Commission (LAFCO) is a setback in the progression of the legislation.

“We passed our resolution last Wednesday and then the next day myself and a number of other senators went to the LAFCO meeting. We spoke with a lot of other students and a lot of homeowners, which is big because a lot of homeowners were not down with AB 3 at the beginning,” Lopez said. “We felt that they should not pass a letter of concern, but as it LAFCO’s way, they passed a letter of concern anyway.”

Lopez said the stakeholders group compiled a list of things they would like to see in the bill language for the CSD and voted to send it to the legislature for potential amendments to keep the bill in action.

“We had our discussion to find out what is palatable for everyone, sent it in, and then that will be coming back to us hopefully after we have the financial sustainability report,” Lopez said. “Then we can put together the actual bill that will be discussed on the floor.”

Senator and second-year history of public policy major Cassie Mancini told the Senate about recent developments in her nascent student lobbying group. According to Mancini, the group plans to advocate on behalf of students politically and will be soliciting input from student groups.

“We filled out a sheet with all the orgs we’re going to reach out to, and there’s quite a few of them, hopefully about 30,” Mancini said. “At our next meeting we’re going to identify our lobby targets so that’s going to be an important meeting.”

Senators debated the Resolution Supporting the Establishment of a Gender and Sexuality GE Requirement, a resolution that would support additional graduation requirements regarding gender and sexuality courses.

Lopez said he supports the resolution because it brings wider attention to less recognized courses.“There are classes that already cover these subject matters,” Lopez said. “[We should] just give them more recognition and … get majors that don’t usually deal with these sort of courses the opportunity to. The UC is something that should have more of a holistic education.”

Villarreal said he supported the resolution but doubted the level of student support for the idea of advocacy for extra GE courses.

“I like this resolution. I do want to point that not every student is cool with extra duties,” Villarreal said. “Since they come to school and want to get out of here and get a job and [are] not necessarily going to support extra GEs.”

Senator and third-year political science and global studies major Kevin Koo said he supported the resolution and that the university’s progressive academic policies is part of his reason for doing so.

“Universities are meant to grow and that’s the whole point of this,” Koo said. “It stands as a very good example of the generation that we’re in and that this is more and more a growing issue and that’s why I’m personally in favor of it.”

Koo responded to Villarreal’s concerns about the lack of student support saying students would agree to the take the GE courses if they are presented as simply a regular part of the GE curriculum.

“If they come in from the start knowing this is a GE, then everyone will just think that’s normal and it’s not like ‘Oh I have to do more work,’” Koo said. “It’s just gonna be ‘Oh yeah this is just part of the GE package.’”

Senator and second-year student Haywood Hunter said he personally supports the resolution, but voted against it citing that his position is to be representative of all students.

“I think it’s a great idea, I would vote for it, but I represent a lot of students who would look at this as an attempt to increase units,” Hunter said.

A.S. Internal Vice President and fourth-year economics and accounting major Angela Lau gave a brief summary of an average senator’s workload to address her perception that the student public is not aware of how much work senators do.

“I’m really concerned that people don’t know what you all do. So I had [Government Affairs advisor] Cory [Graves] help me put together a spreadsheet detailing out how many hours an average senator actually spends doing senate work,” Lau said. “This does not include any time you spent meeting with administrators, any time you spent going to local meetings, or group projects that you all have done.”

According to Lau, senators also spend a lot of time reading emails, preparing for meetings and reviewing previous meetings’ minutes.

Lau said it is important for senators to perform their duties on top of their schoolwork.

“In total, at the very minimum, the average senator spends about 14.8 hours doing senate work,” Lau said. “So I just hope that everyone is aware of that and is aware that we are also students here.”

Khazaieli updated the senate on difficulties regarding the introduction of his office’s i>clicker rental program. According to Khazaieli, technical issues with the website have prevented the online sign up process from being launched.

“The i>clicker program ran into a little bit of a hiccup getting the website up because we were kind of busy with the whole server side of things,” Khazaieli said.

Khazaieli also said that if the issues continue, the office will need a backup plan to finish its program implementation efforts.

“So if we’re not able to do an online rental kind of reservation thing, we’re going to have to either come up with some plan B or maybe ask for permission to allow us to do the website,” Khazaieli said.

Villarreal updated the senate on the funding the Finance and Business Committee has provided to student groups this past academic year. According to Villarreal, A.S. has granted $419,497 to 253 campus groups as of week seven of Winter quarter.

“Whenever we’re questioned about how effective Associated Students is or how we help the students out, that’s how,” Villarreal said. “We provide over $400,000 worth of funding to groups so that they can put on their events, whether big or small, here or on the other side of the country, and they’re representing UCSB and making UCSB a better school.”

The student government’s efforts to pass a new GE requirement illustrate everything wrong with our student government. It is way out of touch with the student body it is supposed to represent. Most of us do not want to have to take more useless classes that are unrelated to (most of) our majors and do not help us build employable skills. It would cost us additional time and money, and distract us from more important things. The student government should be fighting to make education more affordable and to improve the lives of students, not to impose burdensome new requirements… Read more »

What you want is trade school. Don’t join a liberal arts program if you don’t want a liberal arts education. If you think learning about things that you don’t agree with is shoving them down your throat then you do not belong at a university.