The Daily Nexus
Sports
Playoff Hopes on the Line Against UC Irvine
February 26, 2015 at 5:06 am by Michael Jorgenson 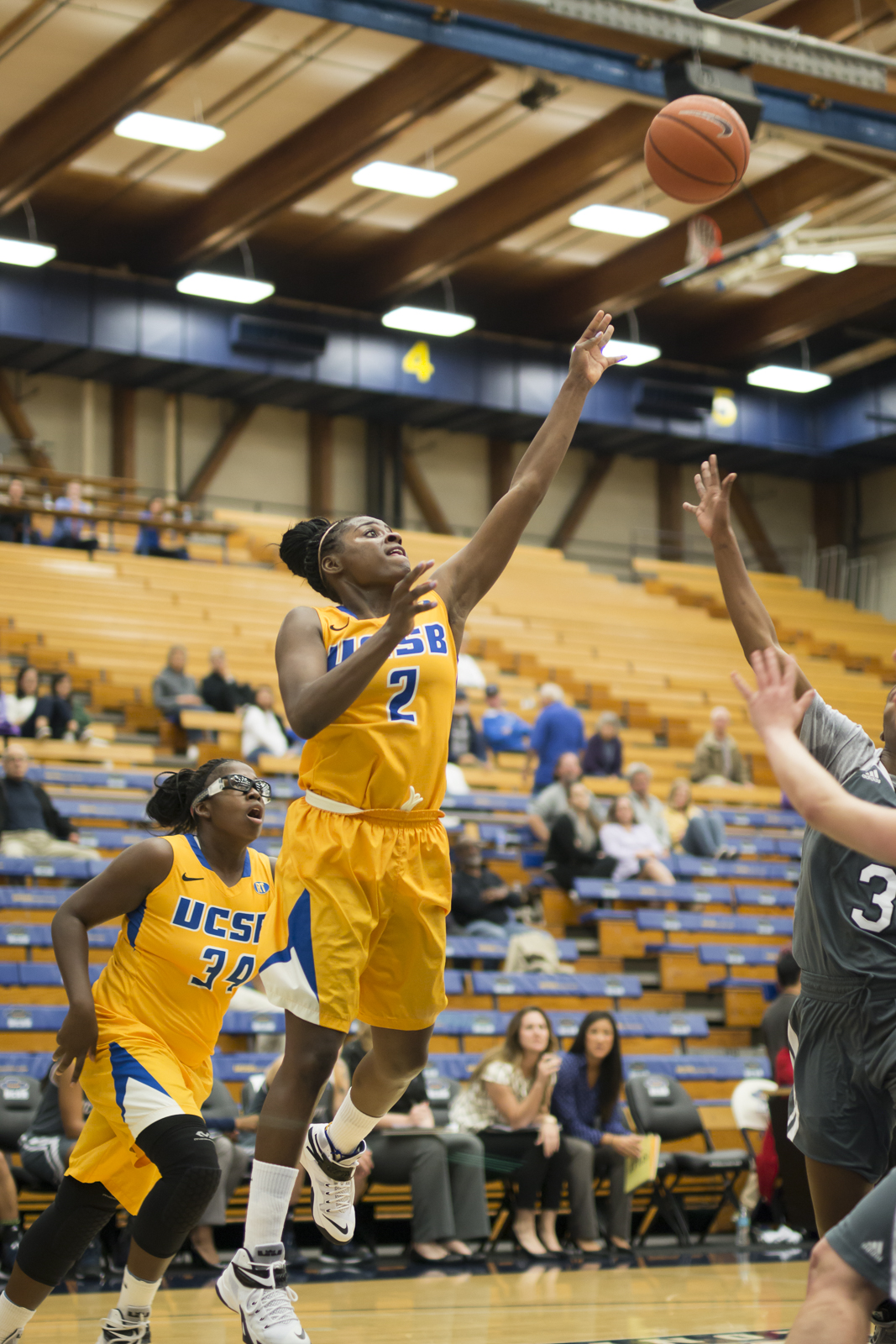 Despite the fact that UCSB and UC Irvine possess the two worst overall records in the conference, tonight’s matchup between the two could have huge postseason implications.

The Anteaters enter in eighth place in the Big West at 5–22 overall and 2–10 in conference play. At 1–24 overall and 1–11 in the conference, the Gauchos’ last remaining hope of finishing with the No. 8 seed and qualifying for the Big West Tournament will come down to overtaking Irvine over the last four games of the regular season, starting with tonight’s game.

“We’re going to be playing a very hungry Irvine team because we’re both trying to battle it out just to get into the tournament,” Head Coach Carlene Mitchell said. “They’re extremely athletic, but if we can carry over the positive things we did against Fullerton, it should give us an opportunity to get a good win on the road.”

Luckily for the Gauchos, they are coming off their best two-game stretch of the year, starting with last Thursday’s game against UC Riverside in which a season-high four players scored in double-digits in a 71-65 loss.

Their momentum reached its highest point all season on Saturday when they put on a defensive exhibition, holding the Big West’s leader in three-point attempts to just 5-26 shooting from beyond the arc. The Gauchos defeated Cal State Fullerton 48-39 to grab their first NCAA win in 364 days, ending a 29-game losing streak.

“We know what it feels like now to win,” junior guard Jasmine Ware said. “We want to keep feeling that feeling. Keep winning. Do what we did [against Fullerton] but even better.”

The main point of emphasis for the Gauchos over the last several weeks has been their rebounding. Their rebounding margin of -9.8 per game is worst in the Big West.

“Rebounding. There’s no doubt about it,” Mitchell said when asked what it would take for UCSB to get another win. “They have big athletes inside, they’re strong. We have to limit them to one shot and done and get out.”

One of the big athletes being referred to is UCI’s forward Mokun Fajemisin. Since the start of Big West play, the 6’0” sophomore averages 13.4 points to go along with her second-best conference mark of 9.3 rebounds per game. The last time the two teams played on January 29, Fajemisin dominated the paint to the tune of a 14 point, 15 rebound, four block stat line.

“We gave them way too many second chance points last time,” Mitchell said. “We had our hands full with them [at home], but as we did [against Fullerton], when you force turnovers, we’ve got to turn those into points on the other end of the floor.”

While UCSB has not had a standout scorer all season, it has most often found itself in a position to win late in games behind strong defense and a balanced offensive force. As the Gauchos are going up against the only team in the conference with a worse shooting percentage than them, a strong defensive effort could be what it takes to help keep their postseason hopes alive.

“I’ve been fortunate that we’ve had kids who have been very consistent in our practice efforts since day one,” Mitchell said. “It’s nice to see them smile after the win, but you can’t be satisfied with one.”

UCSB and UC Irvine are set to tip-off tonight at 7 p.m. in the Bren Center.

A version of this article appeared on page 10 of February 26, 2015’s print edition of the Daily Nexus.