The Daily Nexus
News
Local Psychologist, Author Lectures on PTSD in Veterans
February 26, 2015 at 5:01 am by Christopher Chen 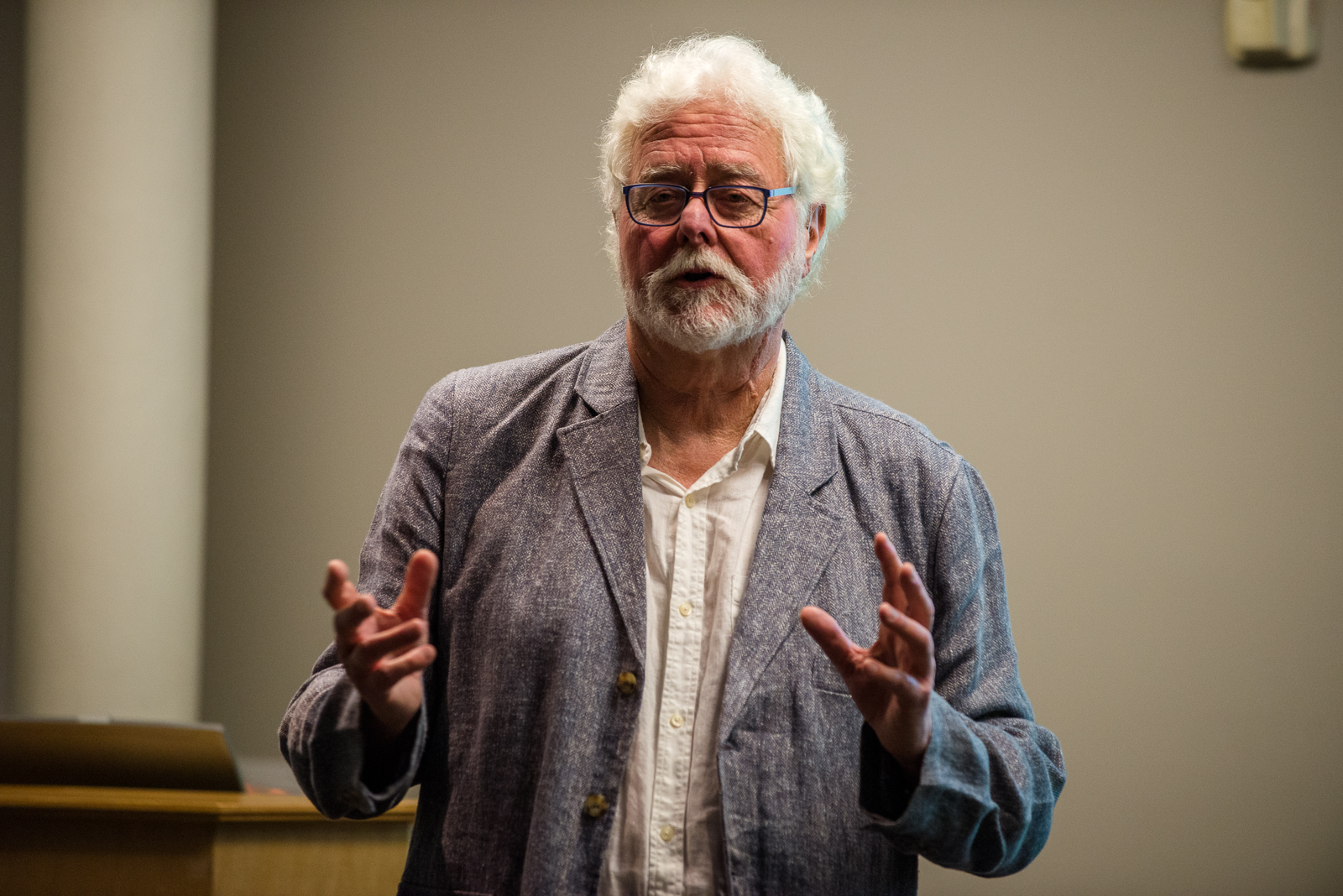 Psychologist and author Larry Decker talked about his new book and PTSD in American society in a Wednesday evening lecture. Cameryn Brock/Daily Nexus

The event was organized by the university’s Counseling & Psychological Services (CAPS) and the Veteran Resource Center. During the presentation, Decker discussed various topics regarding PTSD, including the historical origins of the disorder, how combat affects soldiers, the difficulties soldiers face adjusting to life after duty and various PTSD treatments. During his talk, Decker, who has experience treating veterans from every war from WWII to Afghanistan, shared stories of individuals he had met and treated.

Noting that he himself was not a veteran, Decker said civilians do not fully understand the extent of the psychological challenges veterans face.

Decker also said he has encountered many young veterans from Iraq who have expressed a desire to return to military life after service due to dissatisfaction with the banality of civilian life.

“Think about it: in Iraq you’re armed to the teeth, you’ve got the power of life and death, the lives of your fellow men, fellow soldiers is in your hands. What could be more important, more meaningful?” Decker said. “Then you come back here. What do you have here? It’s an enormous statement about the meaningfulness of our culture.”

Army veteran, Veterans and Military Services Coordinator and overseer of the Veterans Resource Center Kevin Hagedorn said services on campus seek to provide support for student veterans who are making the transition from service to college life.

“As soon as we identify student veterans who are applying to UCSB, we make contact with them and try to help and facilitate their entry into UCSB,” Hagedorn said. “To getting admitted, to enrolling in classes, getting their GI Bill benefits and setting foot on campus.”

Assistant Clinical Director at CAPS Kirsten Olson said there are many outreach programs for student veterans on campus to help with issues such as stress management.

“We have staff psychologists who work with veterans,” Olson said. “They are welcome in our clinic and offer individual and group counseling. I work very closely with Kevin and our Veterans Resource Center to offer workshops for things like stress management, sleep habits and transitions to college.”

Hagedorn said he had difficulties connecting with traditional students on campus after transitioning from military life to college life at CSU Chico after nine years of service in the army.

“A lot of veterans are what we call non-traditional students, so they aren’t in the same pipeline as a lot of our students. Most of them are transferring from community colleges or they may have done school while they were in the military,” Hagedorn said. “When they come here to UCSB, they aren’t in the same loop that most of our students are. We want to make sure they get plugged into resources like CAPS, Disability Services, tutoring and career services.”