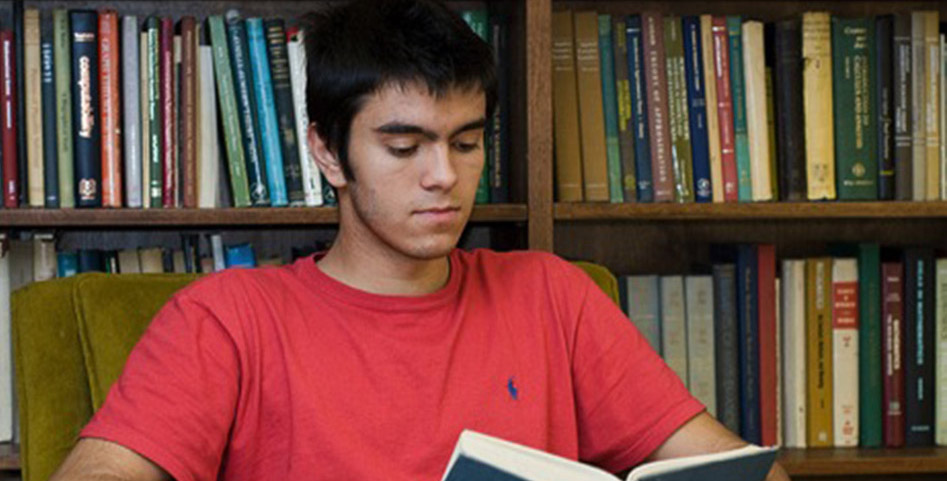 [Update: According to new information provided by CCS Dean, Dr. Bruce Tiffney, the CCS Literature program will be admitting applicants for the Fall 2016 term, not the previously reported Fall 2015 term. This article has been updated accordingly.]

The Academic Senate has lifted a 2014 admissions freeze placed on the College of Creative Studies (CCS) Literature program, effective immediately and opening to students admitted for Fall 2016.

Admission to the program was suspended on a temporary basis last year by the Undergraduate Council over concerns regarding program leadership, lack of adequate involvement from Senate-affiliated faculty and an underdeveloped relationship with other campus departments.  The Senate approved the decision to lift the freeze by the Undergraduate Council at a meeting last week on Feb. 12.  The suspension of admissions did not affect the degree trajectories of students already enrolled in the program.

According to Undergraduate Council Executive Director Deborah Karoff, admission to the program was reinstated after the concerns leading to its suspension were addressed and resolved with efforts by multiple campus departments and faculty members.

“The College of Creative Studies and several other departments on campus worked together to strengthen the involvement of Senate faculty in the program,” Karoff said.

According to Karoff, it is a norm at the university that Senate-affiliated faculty participate in major programs of all the departments on campus. Karoff also said a number of individual Senate faculty and campus departments have made commitments to support the program in the future in a way sufficient enough to convince the Undergraduate Council to lift the freeze.

Dean of CCS and professor of paleobiology Bruce Tiffney said the program suffered from lack of a “coherent curriculum” in place to develop foundational skills for literature students.

“The program did not have a coherent curriculum put together that was allowing students to both clearly develop in their skills as both students of literature and of writing,” Tiffney said. “[The program] was not set up in a manner that would ensure that they would get out and be taking a range of courses outside and encountering these really wonderful faculty the campus has.”

Tiffney said the decline of Senate-affiliated faculty over the years took place as part of a historical process of faculty engagement issues. He also mentioned that all other programs in CCS except literature have at least one Senate lecturer in their roster, which are faculty members in CCS and its equivalent academic department in the College of Letters and Science. According to Tiffney, a search is underway for a candidate to hold that dual position.

“That individual will then be a core leader in the program … who has feet in both Letters and Science and CCS,” Tiffney said. “Now that this has been lifted, the is primary focus is to go and … can run a search.”

Tiffney also said the CCS literature program historically has had a strong creative writing background in its instruction, but that other aspects of literary study were less prominent in the program. According to Tiffney, the program’s name may be changed to CCS Writing and Literature to reflect the greater breadth that comes with more faculty engagement as well as curricular changes. The curricular changes will reflect the increase of involvement from Senate-affiliated faculty as well as structural changes associated with the program’s foundational material.

“In the past we did not have a set of courses that in essence built from the bottom up and developed a sense of knowledge from the campus of resources of expected areas of expertise,” Tiffney said. “What we are doing here — we did not have this before — would be a sequence of courses that would develop a background in literature … creative writing and then writing studies.”

CCS literature instructor Angela Holzmeister said she is pleased the program will accept admissions for the coming academic year.

“My experience teaching literature courses in CCS has been a tremendously gratifying one, due, not in the least, to the impressively intelligent students I’ve had the pleasure of working with this year,” Holzmeister said in an email. “These students are not only testimony to the quality of students admitted into CCS, but they are also the product of the education they receive at CCS.”

The program will still undergo certain changes as it reopens for admissions, including unapproved curricular and name changes that will be considered at a March 12 meeting of the Academic Senate.

CCS literature alumnus and current Community Manager of the Academy of Motion Picture Arts and Sciences Tony Pierce said he was pleased with the change in fortune for the program.

“I’m super relieved that the university has realized that they have a hidden flower patch in CCS Lit that should just be left alone to bloom,” Pierce said in an email.

Chancellor Henry T. Yang said in a statement that he is thankful to the various faculty and administrative officials who helped oversee the program’s return.

“I am very pleased that … Dean Bruce Tiffney and his administrative colleagues have overseen a successful proposal to revitalize CCS’s literature program,” Yang said.