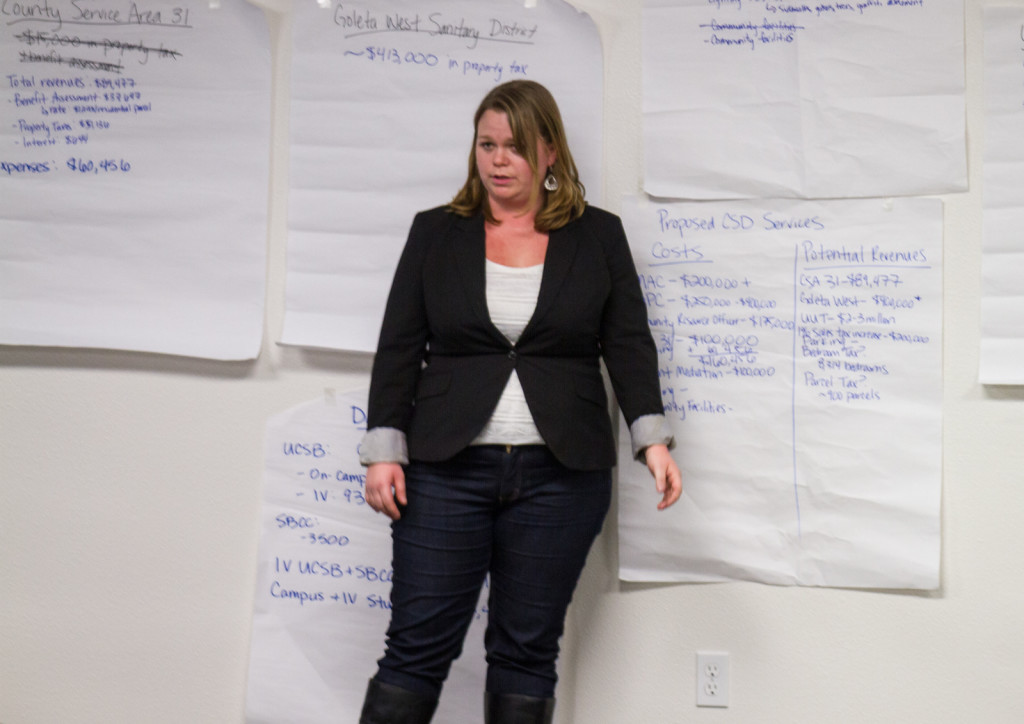 Students, I.V. residents, university administrators and members of the Santa Barbara County Board of Supervisors have been meeting weekly for the past several months to discuss Williams’s I.V. self-governance bill AB 3, which was introduced in December to establish I.V. as a CSD which can potentially levy taxes in order to provide residents certain infrastructure and services. Currently, the group is discussing the details of a potential I.V. CSD to fund graffiti removal, bluff fencing and other services.

According to Esther Aguilera, Representative for Santa Barbara County Third District Doreen Farr, the county does not provide adequate funding for graffiti abatement.

“We don’t have money for graffiti abatement so every year what I do is go to UCSB for $2,000, go to the county for $2,000 and the property owners for $2,500,” Aguilera said. “This year the I.V. Property Association did not give us $2,500 so I had to find somewhere that amount. Every year we have to go through this process. The county is not set up to do graffiti abatement.”

Aguilera said while the county does partially fund graffiti abatement services for I.V., funding is not guaranteed in the future.

According to second-year history of public policy major Ashcon Minoiefar, the county does not have adequate funding mechanisms in place to provide much needed fencing for I.V.

“I think it kind of shows some of the pitfalls of the [county] services,” Minoiefar said. “In the part that says ‘sexual assaults and riots,’ maybe mention cliff falls and things like that. … We can’t even keep people from falling from the cliffs.”

Aguilera also said the addition of bluff-side fencing around parks on Del Playa Drive should be included into the jurisdiction of the CSD.

“What about adding fence maintenance as one of the powers? And then you would have control of that fence,” Aguilera said. 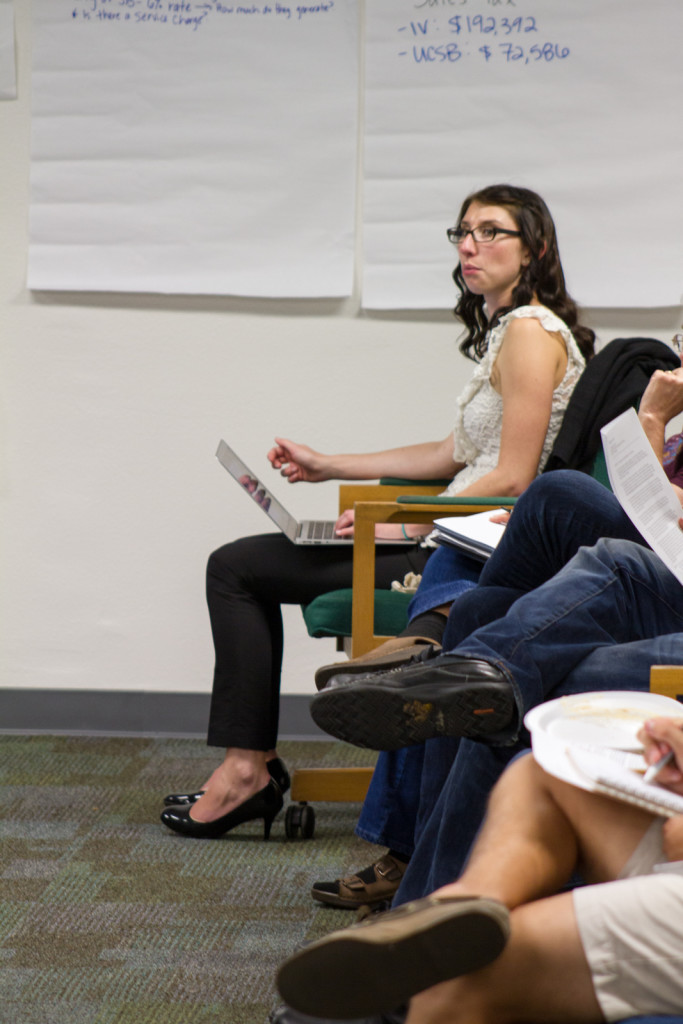 “You don’t want to take that on,” Gould said. “IVRPD owns some of the parks. The county owns the rest of them and they’re responsible for paying for that. There’s no reason we should be absorbing that.”

According to community organizer with Williams’ office Darcel Elliott, the ideas stakeholders brainstormed at the meeting will be used to flesh out the specifics of AB 3 in the near future.

“This is just placeholder language to get into committee right now,” Elliott said. “This isn’t the big enchilada. This would never pass out of committee because there is no funding mechanism to provide all these services. This is so that we can keep the bill alive.”

Second-year history of public policy major and IVRPD board member Paola De La Cruz said she is concerned about the proposed utility users tax, which would charge I.V. residents a percentage of their utility bills to fund services and could affect small households.

“I live with one roommate. There’s only two of us but there is no gas; we only pay electricity,” De La Cruz said. “Our bill is a high amount, usually about $150 for electricity. The amount of money we would be paying compared to another house with five students is going to be higher.”

Associated Students External Vice President of Local Affairs (EVPLA) and fourth-year psychology major Cameron Schunk said the goal of the proposed utility user tax is to create a tax that is fairly distributed.

“The reason we are having this discussion is to put the burden most fairly on the most amount of people,” Schunk said.

IVRPD Board member Pegeen Soutar said a per-bedroom tax is preferable to a utility users tax to fairly divide the payment of local taxes.

“Parks and Rec has a bedroom tax and that’s the majority of our funding, and it’s $94 a year, and that’s down by a two-thirds vote by taxpayers in the community,” Soutar said. “The landowners pay it, but in all reality that’s passed on by rent. I look at that as a very equitable way to place a tax.”

According to De La Cruz, the stakeholders’ town hall meeting held last Saturday in Anisq’oyo’ Park was successful in including more students in the process of discussing self-governance.

“I loved having it at the park,” De La Cruz said. “I saw some people I think were students just walking by and sitting out on the small hill just listening to conversations that were happening. I wish we would have had time for actual discussion.”