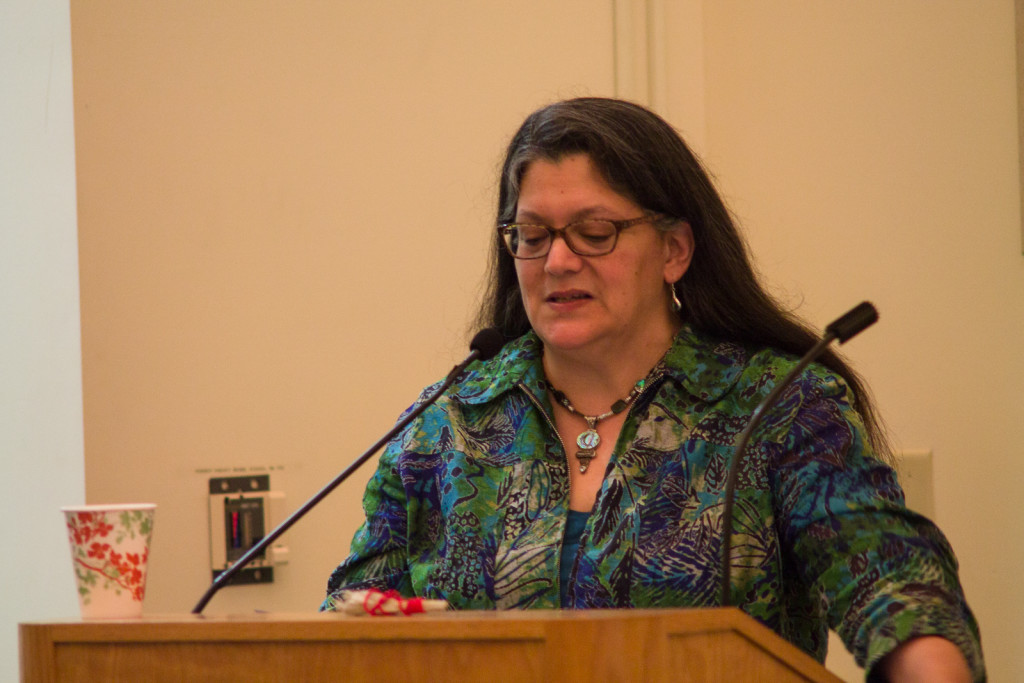 During the lecture, Miranda detailed the story of her Ohlone Costanoan Esselen family along with tribal historical accounts of Native Americans in California. The lecture featured a reading of Miranda’s book and was followed by a Q&A session.

“[Miranda] is an independent author and is also a talented poet,” Foster said. “She teaches creative writing to students and has Chumash ancestry.”

According to Miranda, although California’s colonial era has long passed, many American Indians continue to experience deception and mistrust in the present day. 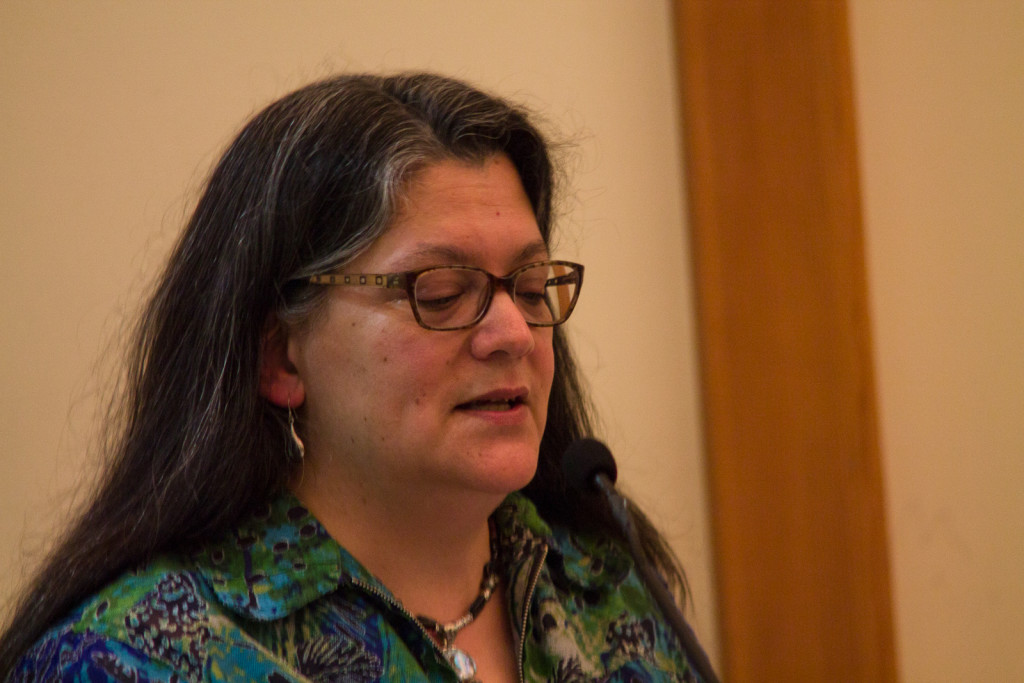 “Now, in the post-missionized world, there is a lot of deceit and a lot of lies,” Miranda said. “Alphabet of Walls is the name of the poem that I will read out loud where I describe this.”

Miranda said she wrote her first poem about the massacre of an entire American Indian family at 7-years-old.

“When I was seven years old, I wrote my first poem. I remember it very clearly. It was all about how a family was all massacred where the husband survives and has more children,” Miranda said. “This is rather amusing now, but we need to keep in mind that this is all coming from childhood trauma that deals with familial matters.”

According to Miranda, humor is important to her teaching style because she believes that “Washington is paying her to make other people’s lives miserable,” and it allows her students to be successful in the future.

“Humor is important from the start. I bring guest professionals in my class that students will not expect, and I feel like I must make people feel intimidated and bring different perspectives by making other people miserable,” Miranda said. “Washington pays me to make people feel miserable. Sometimes it works as it makes my students successful.”