The Daily Nexus
Sports
Baseball Wins Series Versus UK
February 23, 2015 at 5:07 am by Sarah Stigers 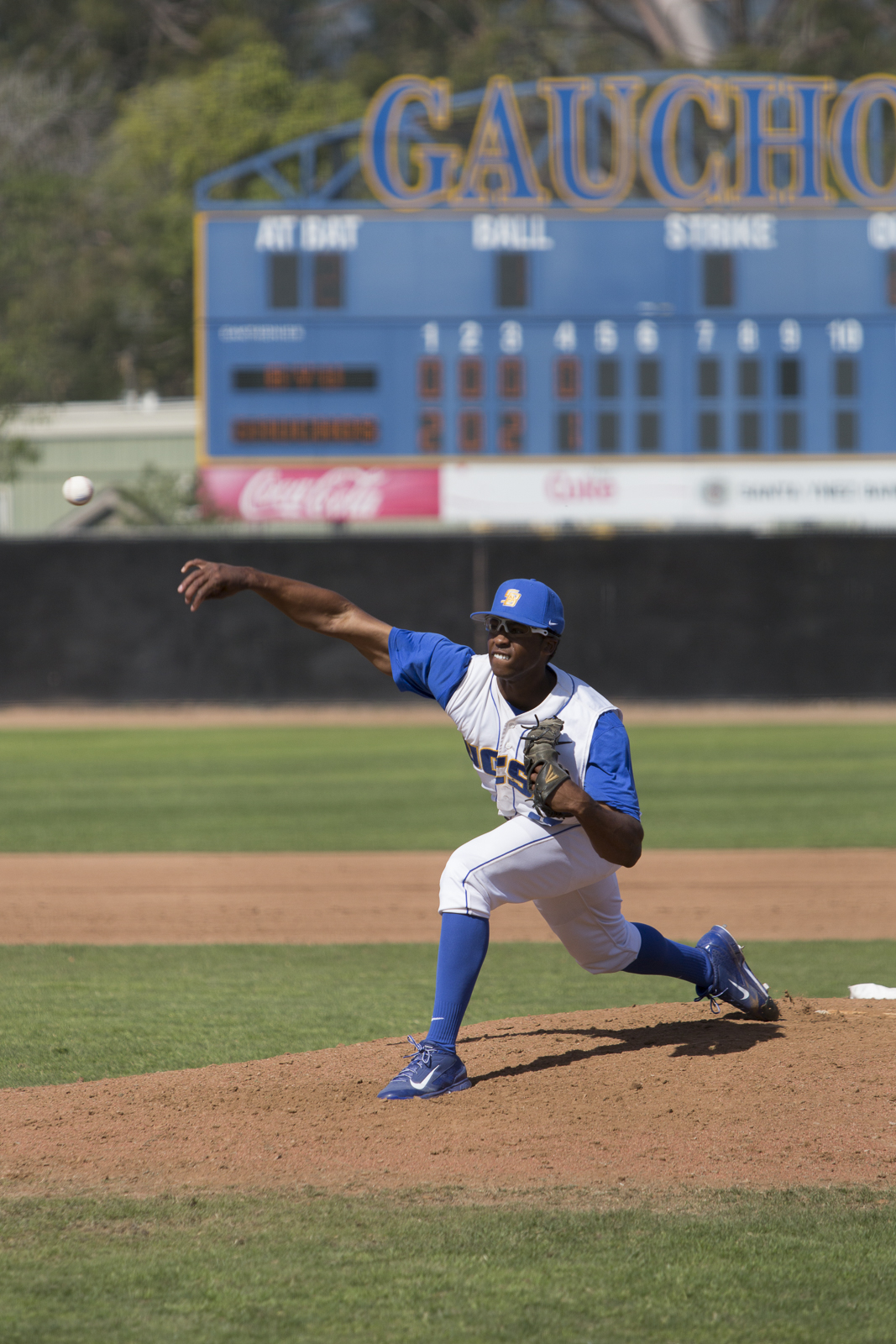 UCSB baseball finished up its three-game series with a 12-7 loss against the University of Kentucky, ending the weekend at 2-1 after a 10-3 win on Friday and an 11-0 shutout on Saturday.

With two series under its belt so far, UCSB heads into next week with a 6-1 overall record. Kentucky added one win to its overall record after Sunday’s game to end the weekend at 3-3.

“It was the first time the momentum shifted, and the first time we’ve been down all year,” Head Coach Andrew Checketts said. “But we battled and put pressure on them at the end.”

On Sunday’s series-ending game, Kentucky came back to the plate with a spark. After going 18-straight innings with only three runs and 16 hits, the team kicked off its early momentum with a three-run homer from sophomore second baseman JaVon Shelby. Kentucky continued to capitalize for 12 runs in 13 hits and by the end of the day had improved its team batting average for the season to .316.

“In college baseball, when you put up crooked numbers, it’s hard to come back,” RS senior second baseman Woody Woodward said. “Maybe we will tip our caps and just say they capitalized. SEC has some big boppers. They make contact, put some runs up and they capitalized on errors.”

On the Gaucho side of the ball, UCSB did not let up as Kentucky continued to drive ahead. The team went for 13 hits as well, but drove in for only seven runs. Woodward topped the team in RBIs in Sunday’s game, driving in two while going 2-3 at the plate. Woodward has maintained a .385 on-base percentage through this season so far.

“We got down early and we wanted to stay in the middle and keep the ball on the ground. That’s where a lot of the RBIs are,” Woodward said. “We wanted to scratch our way back.”

In Saturday’s shutout, junior righty Dillon Tate stepped up to the mound again for his second start this season. Tate allowed no runs and four hits through seven innings pitched with no strikeouts and only two walks.

The Gauchos ended the game in the hands of freshman righty reliever Chris Clements in his first Gaucho appearance, as he allowed one hit in one inning pitched and one strikeout.

“[The shutout] is a testament to how good Dillon Tate’s stuff is against a good offensive team,” Checketts said.

Offensively, junior first baseman Dalton Kelly had a leader-board game at the plate, driving in five runs with a two-RBI double in the third and a three-RBI triple in the seventh while going 2-4 and accounting for two runs himself.

The Gauchos’ junior leftfielder Cameron Newell stepped up at bat in Friday’s game, going 3-4 and knocking in three RBIs.

UCSB’s sophomore right-handed pitcher Shane Bieber had his second start on Friday night. In eight innings pitched, he held Kentucky’s big hitters to only nine hits for two runs before he turned over the ninth inning to freshmen Alex Garcia to finish the game.

“We’ll take [Sunday’s] game and move forward, but I feel good and I like our team,” Woodward said.

UCSB is scheduled to play a one-game visit against Pepperdine next, in the team’s first away game of the season on Tuesday in Malibu at 2:00 p.m.