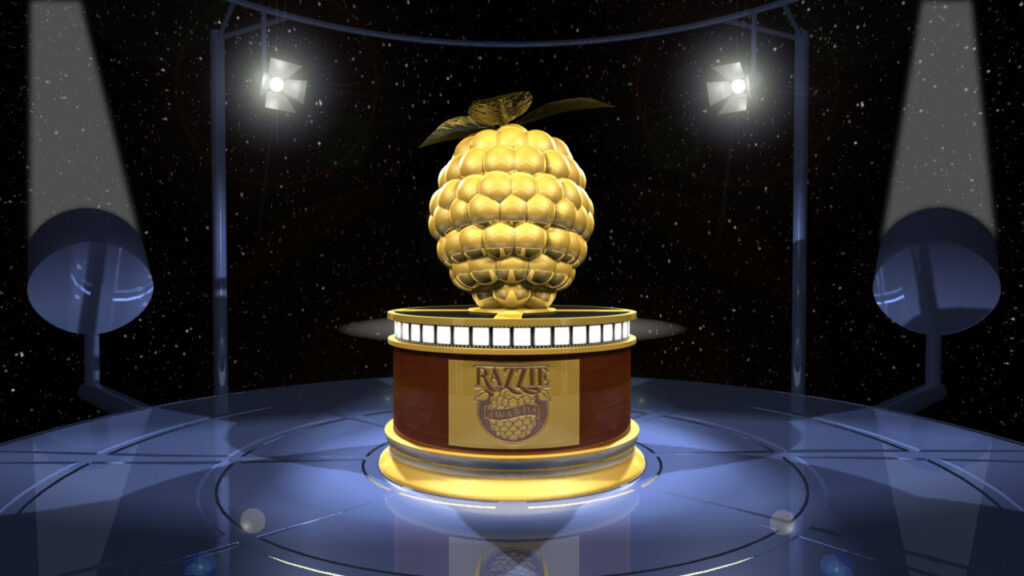 The Academy Awards are the most prestigious awards for film in the world. Actors, directors and writers dream of getting onstage and exposing their faces to millions who would otherwise not give two shits about them. But sometimes, feet have to be held to the fire and burned to a crisp instead. That’s where the Golden Raspberry Awards come in.

An antithesis of the Oscars, the Razzies give out awards to films that are considered the worst of the year. The award itself is a cheap, plastic trophy of a raspberry sitting on a film reel, spray-painted gold. It’s a lighthearted reflection of the effort put into some of the films being “honored.” Past winners include Adam Sandler, Sylvester Stallone, Ashton Kutcher, Sandra Bullock, Paris Hilton and Lindsay Lohan.

This year, the most awards went to Kirk Cameron and his film “Saving Christmas.” One of the more recent films of the 2014 strain of Christian propaganda movies, “Saving Christmas” was an ego project of Cameron’s. His character (named Kirk) attempts to (incorrectly) convince his brother-in-law Christian (really?) that the origins of Christmas can actually be traced back to the Bible, as opposed to pagan traditions. The film was so universally reviled that it now holds the distinction of being the lowest-rated film on IMDB. The movie won Worst Picture, Worst Screenplay, Worst Actor (for Cameron) and Worst Screen Couple awards. That last one was awarded by the Golden Raspberry Foundation to “Kirk Cameron and his ego.”

The Worst Actress award was given to Cameron Diaz for her performances in the “John Tucker Must Die” rip-off “The Other Woman” and the ironically safe “Sex Tape.”

Frasier Crane himself, Kelsey Grammer won Worst Supporting Actor for his performances in “The Expendables 3,” “Legends of Oz: Dorothy’s Return,” “Think Like a Man Too” and “Transformers: Age of Extinction.”

In a move that pretty much everybody saw coming, Megan Fox won Worst Supporting Actress for portraying April O’Neil in “Teenage Mutant Ninja Turtles,” a role that nobody thought she was suited for. She probably only got it so that Michael Bay could continue to leer at her.

Speaking of Bay, the director won his second Razzie for “Transformers: Age of Extinction.” He received his first for “Transformers: Revenge of the Fallen.” However, credit must be given where it is due. Despite the fact that many people think Michael Bay films are about as enjoyable as having toddlers high on sugar scream in your ears, he still manages to extort as much money from low-standard-holding cinemagoers as humanly possible.

And just to get it out of the way (because I am sure none of you saw this film) “Annie,” starring Quvenzhane Wallis, Jamie Foxx and Cameron Diaz won Worst Prequel, Remake, Rip-Off or Sequel.

This year, a special category was introduced: the Razzie Redeemer Award, which was created with the intention of genuinely honoring past Razzie winners who have managed to turn their careers around. The winner was Ben Affleck for “Gone Girl.” Affleck redeemed himself from “Gigli,” a film that currently sits on Wikipedia’s list of “film’s considered the worst.”

Alex Wehrung is disappointed that “The Legend of Hercules” escaped an award.