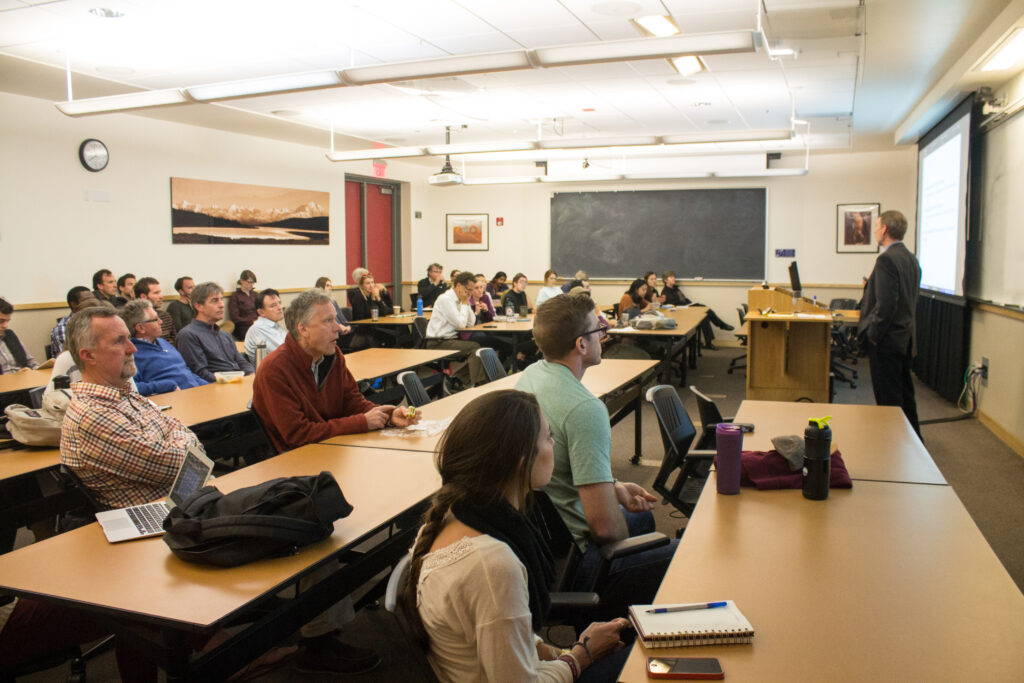 University of Wyoming Economics Professor and UW Chair in Petroleum and Natural Gas Economics Charles Mason gave a lecture at Bren Hall titled “To Frack or Not to Frack?” in which he discussed some key economic aspects of hydraulic fracturing.

The lecture, part of a series presented by Bren School of Environmental Science & Management titled “Policy/Economic Analysis of Sustainable Chemical/Material Technologies,” weighed the pros and cons of fracking while highlighting the reporting methods of companies that frack. Fracking, also known as hydraulic fracturing, is the process of injecting liquid at high pressure into underground rock in order to force it open and extract oil or gas. Mason specializes in Environmental and Resource Economics and is an associate editor of the European Economic Review, co-editor of the Journal of the Association of Environmental and Resource Economists and joint editor-in-chief of Strategic Behavior in the Environment.

Mason began his lecture by addressing the economic advantages behind fracking such as increased employment from fracking-related jobs as well as an increase in the supply of natural gas for consumers worldwide.

“With this kind of expansion in production you have a large increase in supply,” Mason said. “That generally means two things to people who use natural gas — greater ability and lower prices. This is the kind of thing that politicians would naturally glom onto.”

According to Mason, another advantage brought on by fracking includes a decrease in carbon emissions.

“This big increase in the production of natural gas has lead to a displacement of coal as a source for producing electricity, which in turn means a reduction of carbon emissions,” Mason said.

However, Mason said the potential water contamination caused by hydraulic reinjection is a major concern regarding fracking practices.

“A particular amount of the angst about fracking, I think, has to do with the potential for groundwater contamination,” Mason said. “The contaminated water that comes from the frack job is the larger consideration.” 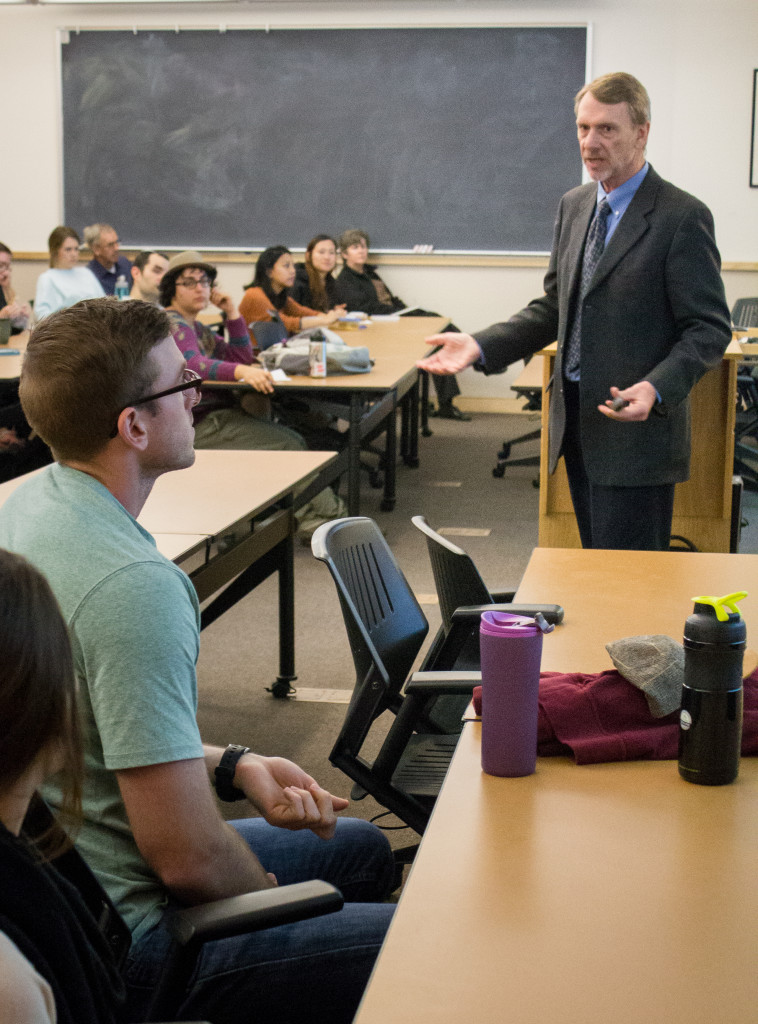 According to Mason, research on the exact environmental costs of fracking has been hindered by the incomplete record keeping on the part of natural gas companies.

“Until relatively recently, there was considerable lack of transparency about what was being done,” Mason said. “We don’t know what’s in the chemical compounds that are being used as part of the frack job, we don’t know how dangerous it is … we don’t know whether or not we should worry about this getting into our groundwater.”

Mason also said his research on water contamination, which is his focus regarding his studies on fracking in Sublette County, Wyoming, has shown him the extent of companies’ inadequacy in reporting fracking practices.

“There’s asymmetric information,” Mason said. “The firms that are undertaking these jobs know exactly what they’re injecting, but we know nothing.”

According to Mason, he uses company reports to research the consequences of fracking, and his findings have shown that some potentially toxic ingredients of the fracking process are left out as “trade secrets.”

“They do have specific information of the ingredients that were used, subject to trade secrets exceptions,” Mason said.

“Especially since being at Bren, I’ve become more interested in the production of groundwater resources,” Fine said. “It was a cool tie-in with some of the curriculum here at the Bren School, and I thought it was really interesting to hear how different companies disclose information.”

According to first-year student in the Bren School master’s program Hye Min Park, it was useful to hear about the practical applications of fracking outside of the classroom.

“This is a really specific issue that I don’t always get to learn about in lectures,” Park said, “I thought it was really interesting to see how it is applied in the real world.”